Jar Jar Binks to Return in the Obi-Wan Kenobi Series.

Well with no major Star Wars movies to worry about for a while it seems that all the talk lately has been about The Mandalorian Season 2 (well mostly Baby Yoda) and the new Obi-Wan Kenobi series. And today we got a big surprise that may not set well with some internet critics in the Outer Rim. Making Star Wars editor Jason Ward revealed from his sources about a familiar character making a return to Star Wars. No, it’s not Boba Fett, Willrow Hood, or Figrin D’an and the Modal Nodes… which any of those would be kind of cool. Instead it is one of the most controversial characters ever. Well, if you guess Jar Jar Binks you are correct.

Before I go any further remember until this is confirmed from Disney I myself am looking at this as a big rumor. But as a source of breaking Star Wars information Jason Ward seems to get more right than wrong. Here is what Ward had to say about Jar Jar’s return:

“I’m told “Ben” Kenobi crosses paths with his old friend from Naboo, Jar Jar Binks. Early work has been conducted for the CGI Gungan’s return to Star Wars. Jar Jar has a beard to reflect where he’s been and what his life has been like since they were all deceived by a great lie that ushered in the first Galactic Empire. Kenobi will not be the only bearded character this time.”

Ward also said that because this series has not been filmed yet he is treating as a rumor but then went on to say, “I believe it to be accurate and on the way.”

Will Ahmed Best reprise his role?

While it has not been confirmed if Ahmed Best will be returning as Jar Jar Binks, I for one hope he does. To me and fans throughout the galaxy Best is the voice of Binks. Some may remember that after his role as Binks was done, he battled hard against depression and suicidal thoughts cause by the media and toxic fans. We all know that Best will also be hosting a new series on Disney+ called Jedi Temple Challenge, and I know fans including myself are excited to see him back in the Star Wars spotlight.

Unfortunately, I know what some of these answers will be like, but what are your thoughts about the possible return of Jar Jar Binks? If Binks does return would you want more than one episode with him in it? I mean who knows maybe Binks will admit he was helping Palpatine. Also, who else would you like to see return in series?

You can tell your thoughts by hitting us up on Twitter or myself @starwarsnerd574. You can also join my Star Wars page at the Midwest Star Wars Fanatics to chat all things Star Wars.

Also, make sure to stay up to date on all the Star Wars news by following us at ThatHashtagShow.com and the Star Wars Fanatics on Facebook. I can’t wait to see you all this year at STAR WARS Celebration. 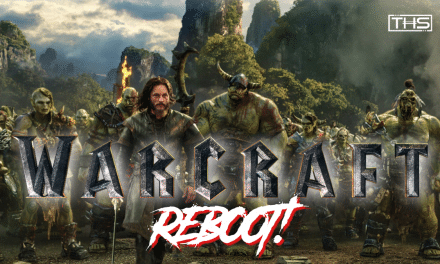 A Warcraft Film Reboot Is In Development 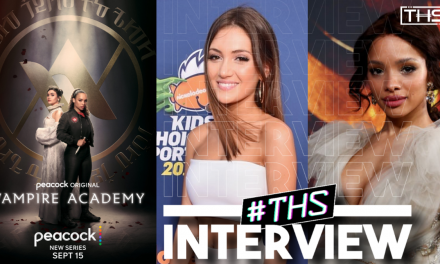