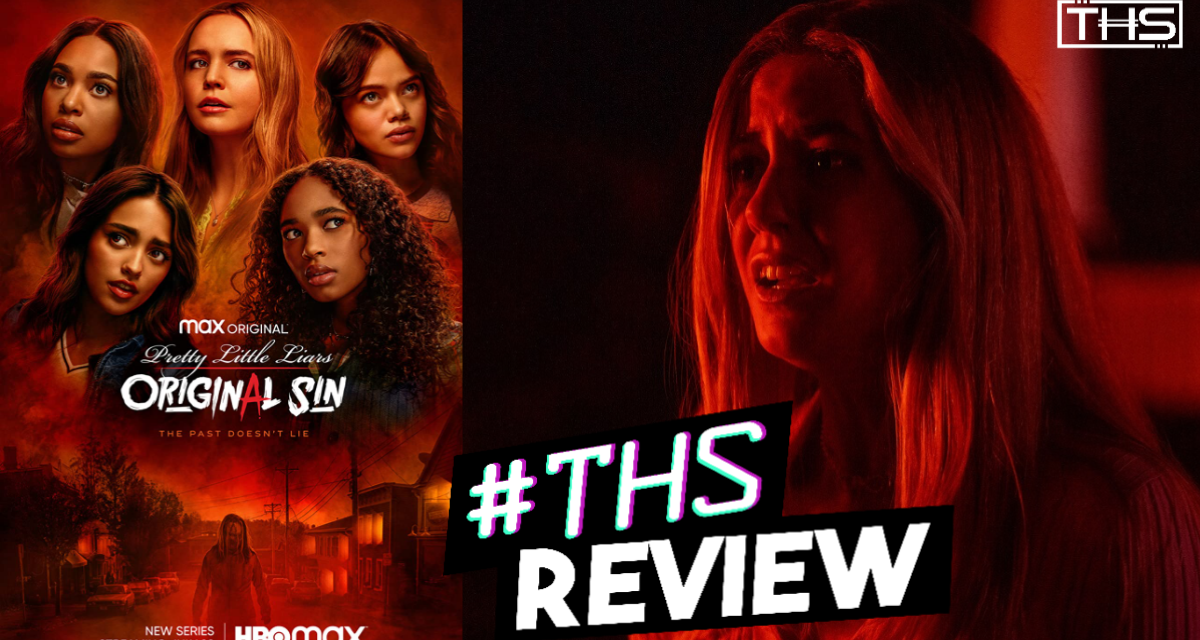 Since seeing the trailer for the HBO Max reboot of Pretty Little Liars I have been waiting in anticipation. I never watched the original series, however, I am loving all the new Young Adult content recently and who doesn’t love a good murder mystery? HBO Max is going against the grain by releasing Pretty Little Liars: Original Sin a few chunks at a time, instead of all at once or weekly. So, let’s dive into the first 3 episodes!

The first episode of the series is all set up. We begin with a flashback to a party in 1999 where a local high school girl kills herself. 20 years later, the mean girl pack at the party is being tormented by a mystery person! Personally, I thought this was one hell of a way to kick off a series!

Unlike the original series, our new band of Little Liars aren’t friends and were never friends before A brings them together. So, throughout the first episode of Pretty Little Liars: Original Sin we get to meet our cast of new Little Liars, as well as their moms.

MEET OUR NEW LITTLE LIARS, THEIR MOMS,  AND RECURRING CAST

Imogen (Bailee Madison) is a 16-year-old pregnant high school student. Tabitha (Chandler Kinney) is a cinephile who works at the local movie theater and is secretly taping the boys’ locker room. Noa (Maia Reficco) is serving community service with an ankle monitor. Minnie aka Mouse (Malia Pyle) is the girl with two moms – one of which is played by Lea Salonga (Aladdin). Faran (Zaria Simone) is a perfectionist ballet dancer.

After receiving an anonymous flyer from the night of that infamous party, Imogen’s mother, Davie (Carly Pope), unalives herself. Imogen is then sent to live with Tabitha and her mother, Sydney (Sharon Leal). Tabitha has a predator boss, Wes (Derek Klena), working with her at the movie theater and her BFF Chip (Carson Rowland). We’re also introduced to mean girl twins Karen and Kelly (Mallory Bechtel). Their father, Tom Beasley (Eric Johnson) is also a huge plot point as the Sherrif. He’s in charge of Noa’s community service and her ankle monitor. He is also why we know this show is on HBO Max…

LET’S GET ON WITH THE SETUP

As the episode goes on, Imogen stands up to Karen and announces that yes, the pregnant High School girl is going to run for Spirit Queen and win. Next, we get our first glimpse of “A” messing with our new PLL.

When Imogen and Tabitha come to school the next day they see all of Karen’s posters have been destroyed and have an “A” drawn on them. The two girls are blamed and sent to detention. But that’s not all. Mouse is accused of putting a dead mouse in Karen’s bag. Noa’s pee drug test comes back positive. And Faran is accused of putting razor blades into Karen’s point shoes.

The episode ends with all of the girls all in detention and Imogen suggesting it’s time to kill Karen Beasley.

Episode two begins with a flashback 6 months prior to when, surprise surprise, Imogen and Karen are actually friends! However, after Karen and her boyfriend Greg get into a fight, he tries to kiss Imogen causing a rift in their friendship. This flashback serves as part of the Karen Revenge plot. Apparently, there is embarrassing footage of Karen at this party that Imogen just happens to have. So, the girls plot to play it for everyone at school – which they do, and Karen is humiliated.

However, “A” isn’t done with our Little Liars. Later, they all receive text video messages of how “A” framed all of them! Who is “A” and why are they messing with girls who are basically strangers to each other?

A SHOCKING CONFESSION AND BLACKMAIL

Then, Imogen and Karen have it out, eventually leading to a confession that Kelly and Karen destroyed their own posters. On top of that, Karen is dropping out of the running for Spirit Queen. However, this decision isn’t out of kindness. Nope. The twins are plotting their revenge against Imogen at the school dance. Which, of course, means they want to Carrie her.

Noa confronts the Sherrif about what she saw while cleaning up trash – him in a car with a young boy – and threatens him unless he allows her to go to the school dance. I love it, Noa. Blackmail where you can.

After a super cute getting ready for the dance montage, the girls make it to dance the night away. Imogen is feeling guilty about what they did to Karen so she wants to apologize. After being crowned, the girls see Karen in the rafters, but she’s not alone! A person in a jumpsuit, horrifying mask, and long stringy hair is up there with her and pushes her from the rafters. Karen… is dead.

In the final shot of the episode, we see our Little Liars receive a text from “A” saying, “Be quiet or you’re next!”

The death of Karen is upsetting for the tiny town of Millwood, especially for her father. He wants to open an investigation into her death hoping to be able to place the blame somewhere…mainly on our Little Liars.

This is when we finally see all the moms get together for the first time. However, their conversation is cagey and we learn basically nothing. Tabitha realizes the thumb drive that had the Karen video on it has gone missing, which is the biggest piece of incriminating evidence out there. If the Sheriff gets his hands on it, who knows what will happen?

Imogen goes to the shrine of Angela Waters and finds a book with “A” on it. However, while there she almost gets caught by “A” herself, but the risk was worth it. Imogen learns more about Angela and how she killed herself at a party. Imogen convinces Tabitha to set up a camera at the warehouse in hopes of getting this mystery “A” person on tape. But as they’re setting up the camera, Tabitha’s mother Sydney shows up. This moment goes way better than planned and Sydney tells the girls a little bit more information about how Angela died.

WHAT’S ACTUALLY GOING ON WITH NOA AND THE SKETCHY MOMS

One of the biggest Little Liars bombshells comes from Noa. We learn that Noa isn’t a bad girl who got caught doing drugs. She took the fall for her addict mother so that she wouldn’t go to jail. Noa is now on her last strike. So, she needs to stick to the straight and narrow, and can’t put her neck out for her mother again.

The moms all get together again while their daughters are hanging out. This conversation is even more mysterious than the first. They’re all choosing to stick to their plan and “what everyone knows to be the truth” about Angela Waters.

In the final moments, the Little Liars head to Karen’s gravesite to pay their respects. However, when doing so they see a masked person sitting in a van staring at them the entire time! Is the person in the Leatherface mask the new “A”? What do they want?

PHEW!! This was a long one. That being said, I am ALL IN for this series of Pretty Little Liars: Original Sin after watching the first 3 episodes. I understand why HBO Max dropped them first. There is so much world-building and characters to get to know in order to tell this story.

This series is 100% on HBO Max and not Freeform. The moment with the Sheriff and the kid in the car had me gooped. “A” murdering the janitor at school!!! As well as Wes being a creep on Tabitha, I’m told, is reminiscent of the storyline with Ezra and Aria in the original Pretty Little Liars series.

This time around, Wes is a college graduate using his “connections” to help Tabitha get into film school, but seemingly at a price. He’s always trying to make a move on her and she’s not into it. Her buddy Chip seems to know Wes is sketchy but isn’t really doing much about it. I’m curious where this storyline is going to go. Will the show repeat the past or make up for the “original sins” of its predecessor?

I LOVE the use of technology in the series. This version of “A” is updated with the time by sending nasty letters, flyers, and creeper text messages. The flashbacks are a fantastic and necessary storytelling tool with this series. I cannot wait to dive more into the mean girl moms and the Angela Waters storyline. Something deadly is going on in Millwood and I’m loving it. Here’s to next week! 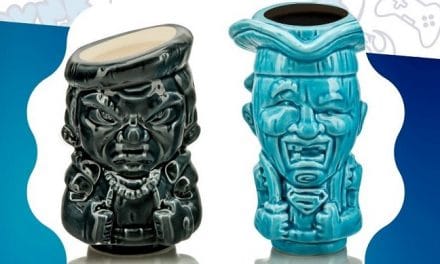 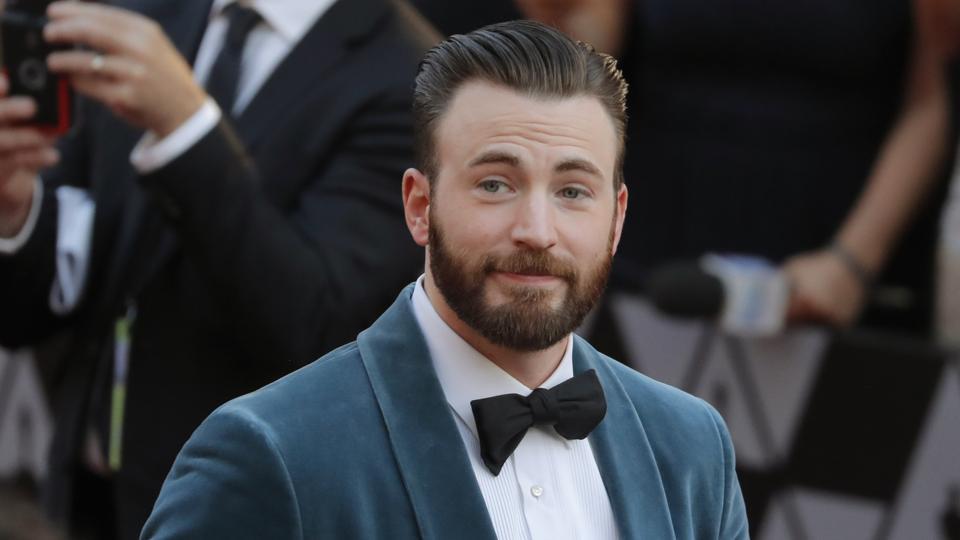 Chris Evans Is Serious About NOT Retiring, Still Jokes That Cap’s Funeral In Endgame Is An Hour Long Jade Raymond And Her Haven Studios Acquired By PlayStation Studios 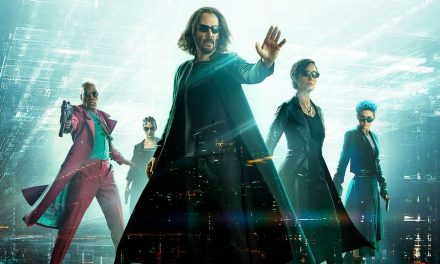