In the world of Disney+ and Star Wars, we’ve seen a bunch of news and rumors over the past couple months. In the case of The Mandalorian, we at least have some hard news and evidence. The show is coming in October, as confirmed by Jon Favreau. In an interview with Deadline, Giancarlo Esposito dropped some details about the second season. We know where it ended for season one, with Esposito’s character, Moff Gideon, cutting his way out of a crashed TIE Fighter with the Darksaber.

In the interview, he stated this:

You’ll see more of the darksaber, you’ll get the explanation of this ancient weapon to the modern world, a collapsed world. Where did this saber come from and how was it revived? It’s a key in our second season, which will be back sooner than later. (The saber) is a key to Moff Gideon’s past, which possibly has a lot to do with where he comes from and his desire to build a planet and bring it back together.

How Does The Darksaber Fit Into Season Two?

Well the history of the Darksaber is long and storied. To put it short, the Saber has traveled. If you want a longer story, check it out here. It was given to Bo-Katan Kryze and now Moff Gideon has it. Speaking of Bo-Katan, fan-favorite Katee Sackhoff is playing her in season two of The Mandalorian. Esposito credits Peter Cushing and his performance of Grand Moff Tarkin in A New Hope as inspiration.

You could always read his mind through his eyes. I took a look at the imagery of this supreme chancellor, which really helped me. He is a supreme being in a sense. He knows it, but not everyone in the universe knows it.

How Can The Show Come In October, What About The Pandemic?

Luckily for all of us, The Mandalorian finished it’s filming just before the COVID-19 pandemic gripped the world. The second season has a bunch of rumors at the moment swirling. Disney and LucasFilm haven’t confirmed any of them, but I expect we’ll be seeing more news about it in the coming months. Whether it’s the news of Michael Biehn being on the show, or Timothy Olyphant playing Cobb Vanth and wearing Boba Fett’s armor.

So they finished all that needed to be done in person, and the show is on it’s way for October. So how’s that for something to look forward to? What’re you looking forward to in Season two? Do you want to see more from the Darksaber? Let us know in the comments or on Facebook at Star Wars Fanatics.

For more on Star Wars, The Mandalorian, or the Darksaber, make sure to check back to That Hashtag Show. 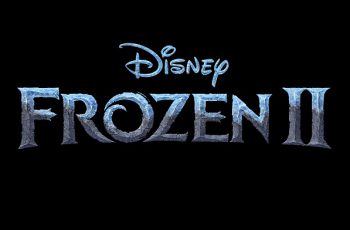 Frozen II doesn’t hit theaters for another two months. If …