Many Star Wars fans were surprised when they heard the score of The Mandalorian for the first time. It doesn’t sound anything like the music of the nine episodic Star Wars films.

That Was By Design.

The Mandalorian creator Jon Favreau offered as much on the Disney+ production Disney Gallery: The Mandalorian, a documentary about the show.

Favreau was joined for the show’s seventh episode, Score, by Ludwig Goransson and Dave Filoni, the composer and executive producer of The Mandalorian, respectively.

Star Wars has a sound, but then we wanted to bring in kind of a dystopic twist to it

That made “life a lot easier” for Goransson, the composer said.

“Because if you would have said we want the sound – we want to have the Star Wars themes in here, it really would have been a difficult situation,” Goransson acknowledged.

The Music Makes The Show

“And it’s something for me that I experienced with George about music,” Filoni added. “Star Wars … can cover a vaster array of sounds and design than you think, so when you were talking about different sounds and (Favreau) brought up Ludwig … I had that moment again and it makes complete sense for what we were doing.”

“Everybody who loves Star Wars, they may have their opinions about the specificities of it, but everybody is in agreement that the music is iconic and perfect and I think our biggest goal is to not feel like we were repeating or drawing on what had come before as a shortcut to get through to the audience,” Favreau said.

Star Wars Was Always About The Music

Goransson used computers and filters for the scores and made it “modern.” A final element was the orchestra, where Goransson did honor the galaxy far, far away.

“It makes a huge difference when you have 80 people in the room,” Goransson said.

If we stuck to what was always done and didn’t take a chance to do something different and yet honor what was there, it’s a very fine line.

Filoni said a new generation can carry on Goransson’s music.

Filoni And The Star Wars Connection

We’ve talked about with what we did visually and it’s just true of Star Wars; it’s very generational. Every couple of years, there are kids that have their own Star Wars. There’s the original trilogy, there’s a type of expanded universe group of people, there’s prequel people, then there become Clone Wars people (referencing the television show Star Wars: The Clone Wars) and so on and so on and they all love Star Wars, they all love similar but different things about Star Wars. And when you think about it, your music, those kids, they will have such a powerful connection as they grow up with this, that they become the next generation of people that carry on these stories.

The Power Of John Williams

Goransson said he hopes that he can move youth as well while praising John Williams, who composed the music for the nine episodes.

“I got introduced to Star Wars through the music. John Williams, what he has done with film music, it’s beyond words. When I hear it, it makes me feel like a kid again,” Goransson said.

“It’s been inspiring going back in time and rediscovering some of his music,” Goransson added. “I went back and listened to his other work and imagined what made him kind of create the sound we all know.”

Goransson also complimented Williams for experimenting with sound and modern sound with the orchestra.

I’ll never be able to do what John Williams has done, but I want to try to bring something new and something exciting and something that hopefully will be able to make kids listen the same way and get kids excited the way I did.

Disney Gallery: Star Wars: The Mandalorian will run eight episodes. In the first episode, Directing, Filoni talks about meeting Star Wars creator George Lucas and getting the job to run The Clone Wars. In the second episode, Legacy, Filoni reveals that Lucas is responsible for Maul’s return to The Clone Wars and says that Lucas noted that the Jedi got too “political” during the prequels era, explained a father-son theme from Star Wars you probably have not considered and said that Star Wars is supposed to bring hope. 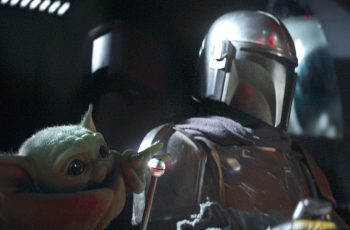 Reddit can be a dubious source at times, but occasionally … 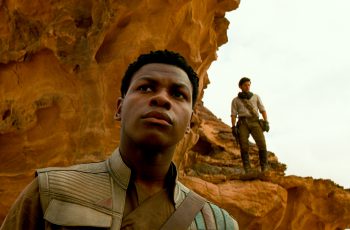