If you’re a Star Wars fan and don’t know the name Doug Chiang, you haven’t been paying close enough attention. Chiang is the Vice President of Lucasfilm, and also the company’s Executive Creative Director. He’s created and/or painted everything from droids to pod racers to Stormtroopers, and more. It’s one of his concepts from The Force Awakens, however, that lends even more credence to recent rumors that the Death Star will feature prominently in The Rise of Skywalker.

Producer and director J.J. Abrams has always been upfront about the fact that he had an overarching vision for the Star Wars sequel trilogy. Of course, that vision seemingly got derailed with Rian Johnson’s The Last Jedi. (Even Abrams himself admitted to the difficulty of producing Star Wars: Episode IX in the wake of Episode VIII.) Nevertheless, a key component of Abrams’ vision has always been a return to the Death Star in the sequel trilogy.

Anothe hint that the Death Star will play a significant role in Star Wars: The Rise of Skywalker

Though it ultimately didn’t appear in the film, the Death Star has been on the Star Wars production team’s collective mind since The Force Awakens. We previously told you about concept art depicting the derelict Death Star under water. The teaser trailer for Episode IX confirmed that we will indeed see the sunken remnants of the battle station. Doug Chiang’s recent Instagram post, to the contrary, shows a very different concept the team had considered.

In this concept art, depicting a possible dream sequence, the Death Star rises from the sands of Jakku. Thus, there were multiple scenarios in which the Empire’s ultimate weapon was considered for inclusion in The Force Awakens. It’s no leap to suggest that Abrams, now back in control of the sequel trilogy, will ensure the space station plays the role he always intended it to play. But what does that role entail, exactly?

Emperor Palpatine will be back in some form, we know that. We’ve also seen images of Kylo Ren and Rey battling on the station’s wreckage as waves crash around them. Why, though, would (presumably) Rey have had a vision of the Death Star on Jakku? Does she have a tie to Palpatine, as some rumors suggest? Or was such a vision/dream simply intended to foretell his return? Whatever the connection, expect project Stardust to play a pivotal role as the Skywalker saga concludes.

With any luck we’ll learn more details at the D23 Expo next month in Anaheim. Otherwise, Star Wars: The Rise of Skywalker opens December 20, 2019. 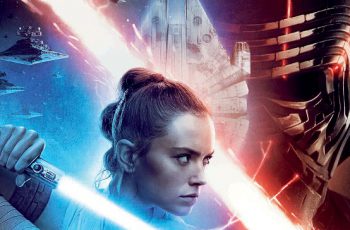 The episodic Star Wars saga has come to an end. … 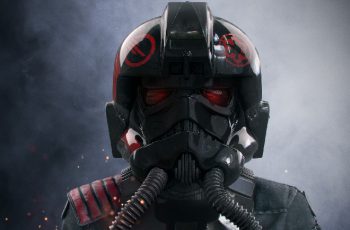 There has been a ton of rumor and speculation circulating …