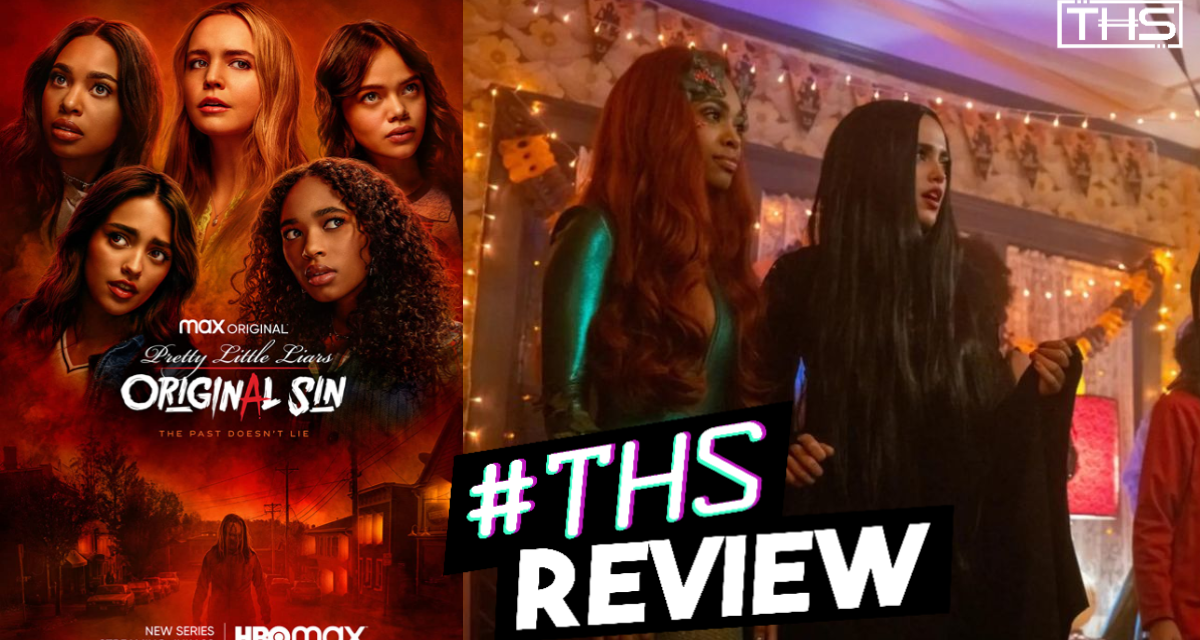 Pretty Little Liars: Original Sin Chapter 5 – The Night He Came Home is…a Halloween Episode!!! And let me just say, it does NOT disappoint.

The episode begins with a Flashback to 1999. We see the group of mean girls forcing Angela Waters to throw a bag of dog poop at a house door while also wearing a pumpkin mask! Angela does it, and the girls drive off leaving her there in her humiliation.

Forward to the present day, and Noa (Maia Reficco) is sharing what happened with “A” at her apartment with the girls. This “attack” motivates the girls to help Imogen (Bailee Madison) search the house for the missing pages and any other clues they may find. While searching the house, Tabitha starts to go down into the basement seeing a trunk. However, she’s called away before she can investigate further. Faran (Zaria Simone) has found the burnt pages from Davie’s journal in the fireplace. Did “A” burn them? Why?

After updating the girls, Noa basically does nothing this entire episode. However, I guess the episode Gods heard my plea from last week. We finally have a Mouse storyline. It turns out that Mouse has been talking to a man on the internet names Steve whose daughter Rachel has gone missing. But it gets weirder. At this point, I’m not sure if Steve is a predator and Mouse is helping Chris Harrison or if he’s just a harmless weirdo. We see a montage of Mouse trying on kid costumes for this man. They also go out to dinner and he’s asking her questions about her report card. He even takes her trick-or-treating! By the end of this entire weird storyline, I believe that Mouse is helping a grieving father, even if it’s not conventional. But that doesn’t mean I’m okay with it.

Chip finished Tabitha’s reimagined Psycho scene and she’s super pissed off about it. It’s supposed to be about the female gaze, but a guy filmed it. Chip apologizes and they move on. Tabitha also has this great moment of confrontation with Wes. She completely calls him out for his atrocious and inappropriate behavior. He acknowledges it and apologizes. Hopefully, that’s the end of it, but we shall see.

Faran’s (Zaria Simone) boyfriend, Henry (Ben Cook) confirms that Kelly has a scar on her foot. However, when she brings her theory to her dance teacher it’s immediately shut down. Apparently, Kelly is known for self-harm. It’s possible the scars on her feet were from those times. So, we’re still left with the question: Who’s still alive, Karen or Kelly?

THE PARTY – THE NIGHT HE CAME HOME!

Tabitha is on the hunt for answers and questions douchebag Tyler (Brian Altemus) about the bonfire party. While everyone is distracted, “A” breaks into the basement and opens the trunk. There we see their “murder board”, and the pumpkin mask from the 1999 flashback. Imogen finds A elsewhere in the house and yells at them. It’s so strange…she had no idea who it was and they didn’t go after her. What’s “A’s” real motive?

Faram sees “Kelly” making out with Greg! WTF that’s her dead sister’s boyfriend! So, she confronts her about her suspicions and Kelly just shakes it off. Then the girls get into a huge fight with Tyler for being gross, sexist, racist, and a bigot. Eventually, this fight leads to Tabitha punching him in the nose and possibly breaking it. When he goes up to check it out “A” finds Tyler and murders him to the best Monster Mash cover I’ve ever heard! It’s by an artist named Leo if you feel the need to look it up.

While the girls think they’ve had an “A” free night, they’re wildly mistaken. Imogen gets a call back from another classmate of Angela Waters who is willing to talk with her. Mouse talks with her moms about something that seems to have happened to her when she was younger. However, her mom doesn’t want to talk about it. Instead, she says, “He’s gone and never coming back.” What does that mean?

Faran gets a call from her dance teacher telling her she’s lost her spot in Black Swan to Kelly. When Kelly tells her mom the good news even she calls her Karen! Then the episode ends with a sweet moment between Imogen and Tabitha. When Imogen comes to comfort her after the fight with Tyler, Tabitha shares the story of her assault in the woods. Imogen then confesses that something also happened to her too.

Pretty Little Liars: Original Sin – Chapter 5 The Night He Came Home is my favorite episode of the series so far! Not only is it a fun Halloween episode, but “A” has totally stepped up their game. Tyler’s death scene was fantastic. Is that weird to say? The choice to kill Tyler is interesting because he seemingly has zero to do with the Angela Waters mystery. But I guess, only time will tell.

Mouse’s storyline is WILD. What in the world is going on in this girl’s head? I hope future episodes really clear up what is going on because at this point I don’t understand the girls’ choices or what’s really going on.

I don’t know how I feel about this is Kelly actually Karen’s storyline? While it’s fun to play the guessing game, Kelly really isn’t a character I care much about. Why are they making her more important than she needs to be?

I also love the sweet moment between Imogen and Tabitha at the end of the episode. I’m hoping that the writers handle the assault storyline with care. 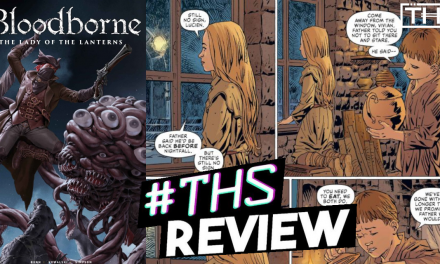 “Bloodborne: The Lady of the Lanterns #1” ~ Bloody Sirens [Review] 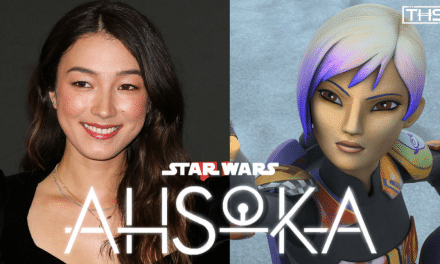 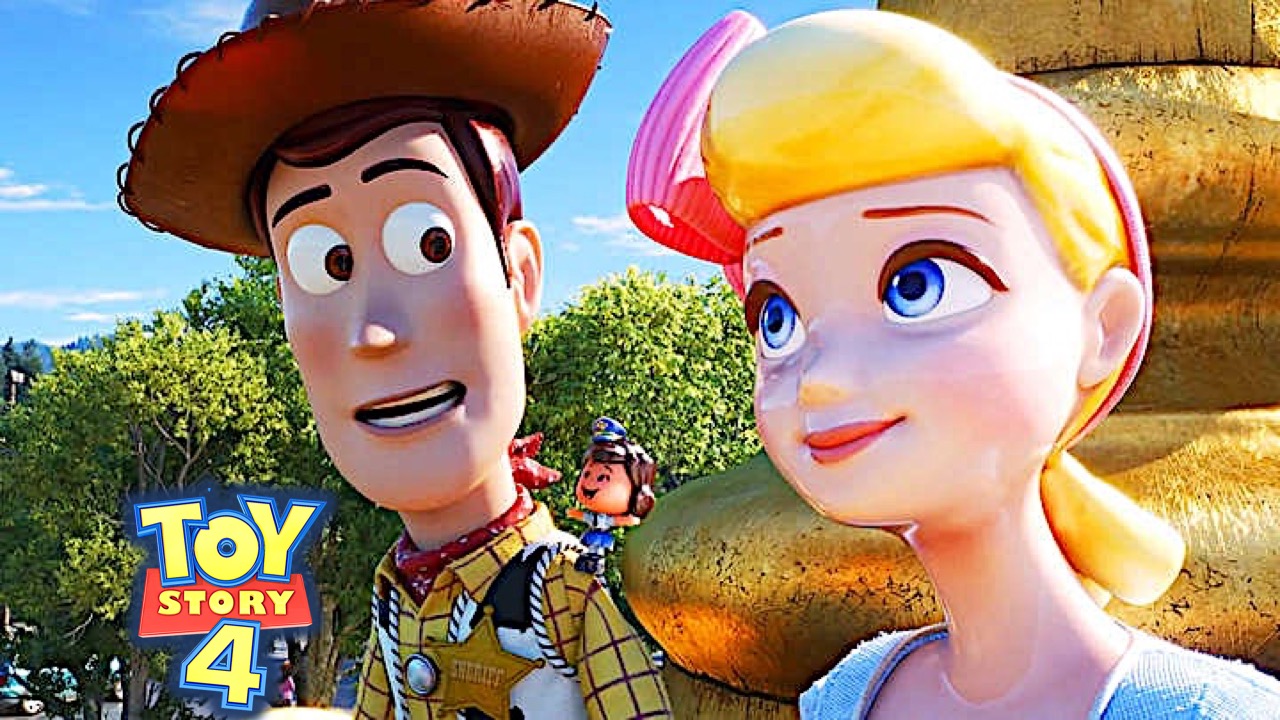 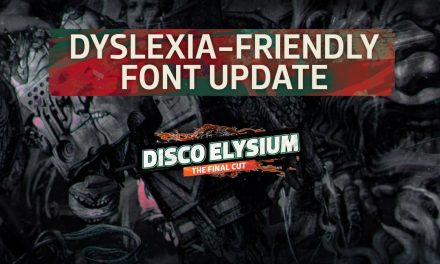