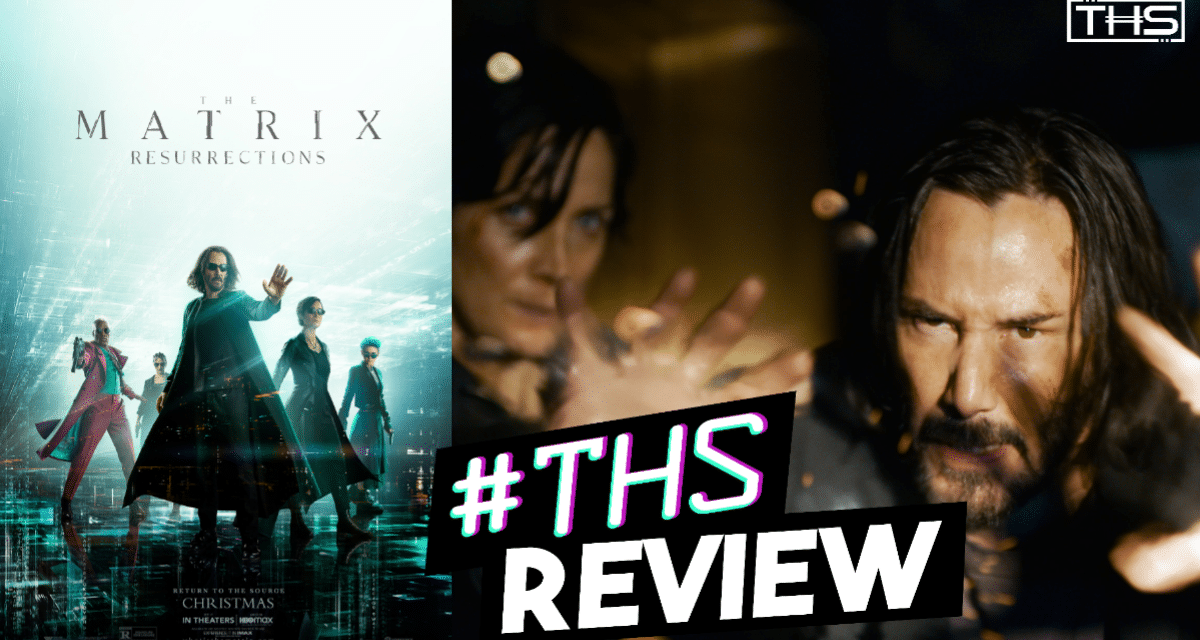 What do you think about The Matrix sequels now? The Matrix Resurrections takes the groundwork laid forth by those two 2003 films and builds itself out. If you absolutely hated the sequels, this movie isn’t for you. However, this is the movie for you for those looking to think incredibly hard and find themselves in a meta-movie-fueled Matrix hole.

Lana Wachowski directs a script by themself, alongside David Mitchell and Aleksandar Hemon. It stars Keanu Reeves, Carrie-Anne Moss, Yahya Abdul-Mateen II, Jonathan Groff, Jessica Henwick, Neil Patrick Harris, Priyanka Chopra-Jonas, and Jada Pinkett Smith. There are plenty of characters returning from the sequels and quite a few new ones here. The plot is somewhat confusing, but the more you think about it, the more it makes sense. Without spoiling anything, Neo is Thomas Anderson once again. Everything is based on a video game that Anderson has programmed about his “experiences” in The Matrix.

However, like the first film, this movie will seriously mess with your concept of reality. What is reality? What constitutes something as real? Does that mean you can touch it and feel it? The whole first act feels like something that director/writer Lana Wachowski had to go through in their own life. There’s mention of “sequels to The Matrix” and “our parent company Warner Bros forcing our hand.” But, of course, they’re talking about the game that Anderson created and not the movie.

The Newcomers Steal The Show In The Matrix Resurrections

People worried about Morpheus being “re-cast” don’t fret. This isn’t the same as the wonderful performance by Laurence Fishburn; Yahya Abdul-Mateen II performs more than admirably and gives an entirely different take on Morpheus. Any scene he’s in, he steals it. Whatever action franchises or anything else needing a leading man should immediately grab him. Speaking of new faces on old characters, Jonathan Groff also does a great job as the new-look Agent Smith. He’s slightly less menacing but just as cunning and terrifying as Hugo Weaving‘s variation.

The movie does an extraordinary job of blending these new characters while giving us some of the most famous ones from the original. It’s a stroke of genius to have the time jump they do because it allows for some memorable performances and surprises from the original trilogy. Jessica Henwick is the bridge between the two eras, and her character Bugs is one of the best of the movie. She drives the story just as much as Neo or Trinity do, and it wouldn’t be possible without her. She’s a star in the making.

Finally rounding out the newcomers, Neil Patrick Harris works wonders as Anderson’s therapist. Something is bubbling under the surface with him, and once you realize it, the performance gets even better. It would ruin too much of the movie to explain just why his character is essential, but anyone who’s a therapist for Thomas Anderson shouldn’t be trusted.

An Uneven Distribution To The Plot

This is really three sorts of different feeling movies as it progresses through the plot. Act one is decidedly meta and has to set up why we have a sequel to The Matrix Resolutions in the first place. It does that really well. Act two is very Matrix-sequel feeling and gives us the backstory of how we got here. That second act is where some people might have issues with the film, but it’s necessary to build out the world.

Act three is a breathtaking experience. It’s the equivalent of a roller coaster death drop that sticks the landing perfectly. However, that second act does drag a bit. Acts one and three are the best parts of the film. It loses focus a bit in the second section, but through that, it’s still highly entertaining and action-packed. Some of the most thrilling action scenes are in the second act.

Those issues aside, The Matrix Resurrections will please fans of the entire saga. It strengthens the case of the two sequel films. It’s a nostalgic trip to that period, but it also forges its narrative going ahead. The “legacy” cast and the newcomers blend to create a movie that lives up to the original’s promise and retroactively makes the sequel films better. The cast and story are the two most potent parts of the film, but the action also lives up to lofty expectations.

The only thing that I was disappointed in was that I didn’t get to see it in the cinema. This movie deserves a big screen, loud sound system, and everything that goes into a cinema. It’s available on HBO Max to stream but go to the theater to see this one if you can. It’s a cinematic spectacle.

The whole movie is a mind-bender that makes you think. This movie will be just as revered, studied, and debated as the others in the franchise. However, it leaves off at a point that’s satisfying and poignant. The original Matrix changed cinema’s world; this film doesn’t quite get to that point, but it didn’t need to.

For more on movie reviews or news, make sure to check back to That Hashtag Show.

Summary The Matrix Resurrections brings the franchise into the current day but also gives tons of props to the previous sequels. This is one that people will debate, study, and argue about for a long time. The cast, story, and cinematography all combine to create a fantastic film. The only issues arise in the second act where the film drags a bit; however that doesn't ruin a truly special movie. 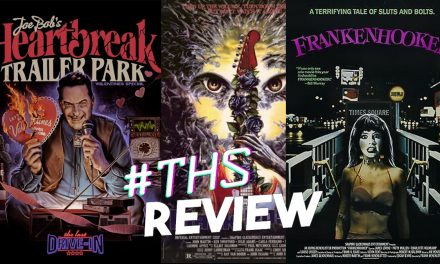 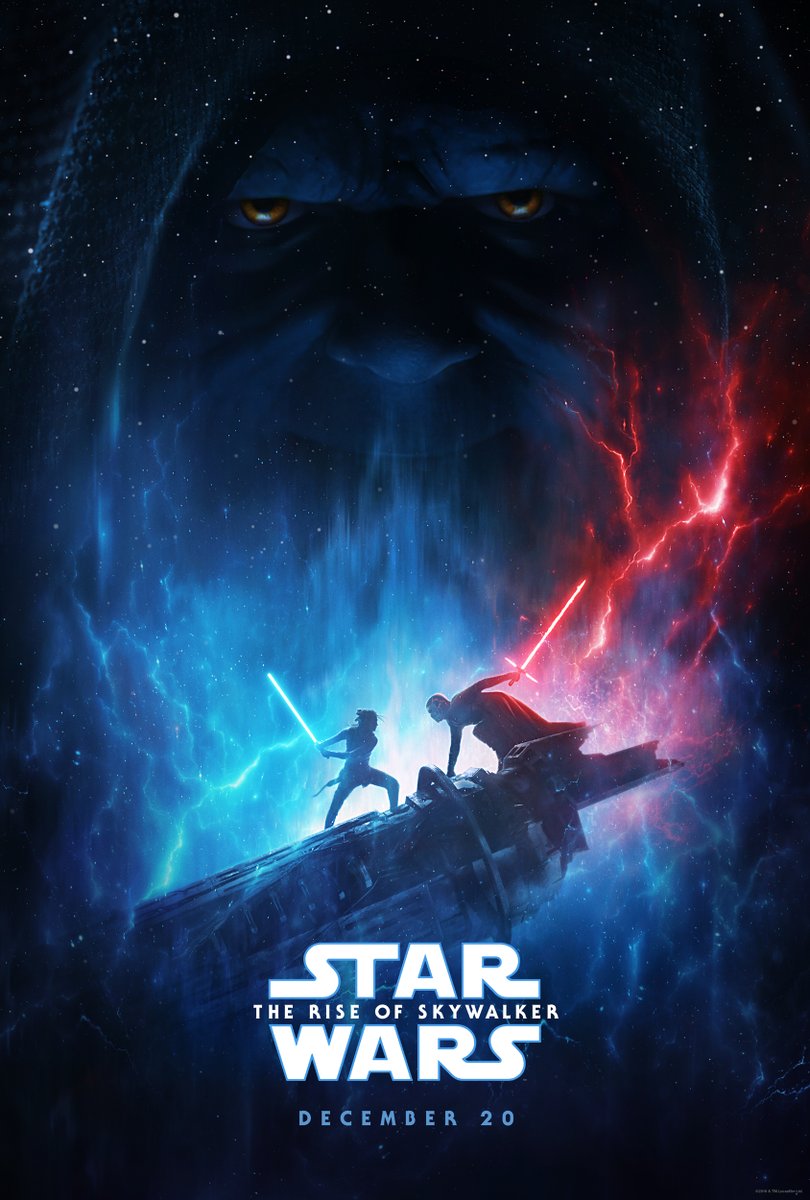 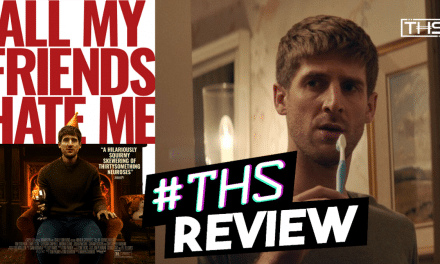