Edgar Wright teases that he has plans to do a Scott Pilgrim animated series.

On June 25, 2020; director Edgar Wright reveals that he has plans to do a Scott Pilgrim animated series. As you may or may not know, Edgar Wright is a British director who likes doing bizarrely violent comedy films. This includes the Three Flavours Cornetto trilogy, also known as the Blood and Ice Cream trilogy. But most importantly, he also directed Scott Pilgrim vs. the World, which to date remains the only film adaptation of the Scott Pilgrim comics by Bryan Lee O’Malley.

This is what makes this latest news of a possible Scott Pilgrim animated series all the more squee-worthy. During a recent interview, Edgar Wright mentions near the end:

“There’s some plans — and there’s nothing official yet — but there are some plans to revisit the material in an animation way. We’ve been talking with [creator] Bryan [Lee O’Malley] and with [executive producer] Jared [LeBoff] for a while [about]: What if we did something with the books in anime form? It’s being discussed as we speak.”

Technically speaking, “anime” refers to a specific style of animation unique to Japan. However, anime-inspired cartoons aren’t unknown in the West. We see that shows like Avatar: The Last Airbender and RWBY have art that are inspired by anime.

While an actual anime seems unlikely at the moment, an anime-inspired Scott Pilgrim animated series would totally be possible. And if that animated series becomes successful, we could even see a Japanese dub made for it like RWBY did. Hearing Scott Pilgrim saying his outrageous lines in Japanese would truly be an epic achievement worthy of the comics themselves. Even better if Masakazu Morita, the voice actor for Bleach‘s Ichigo Kurosaki, voiced him.

Scott Pilgrim may become an anime-inspired animated series? And the news comes straight from Edgar Wright’s mouth? Epic could not even begin to describe this news. I, for one, will be eagerly awaiting any more developments on this, and I hope there’s plenty of others who’re just as eager too. 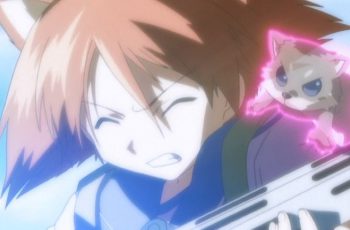 Some familiars in Strike Witches are better than others for … 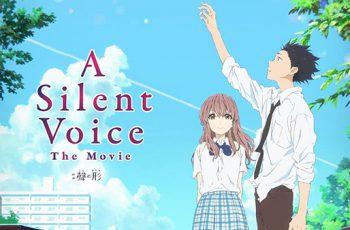 ELEVEN Arts and Fathom Events are proud to announce the …