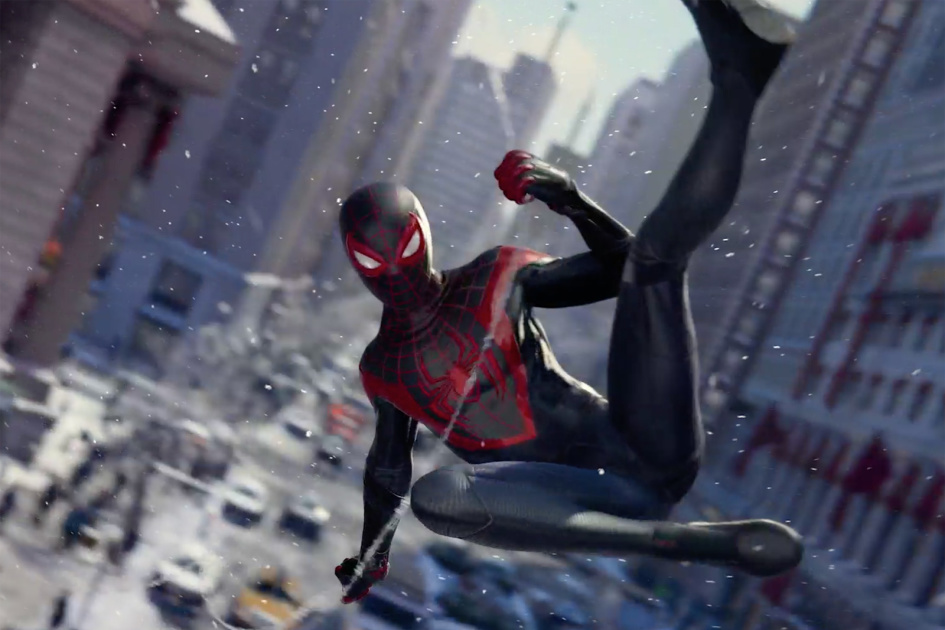 Today, Sony held its official PlayStation 5 reveal stream. The stream consisted of the reveals of dozens of new upcoming games for the PS5. Though, likely none were met with more enthusiasm than the reveal of Marvel’s Spider-Man: Miles Morales. The trailer can be watched here.

Fans have been clamoring for the ability to play as since the end of the first game. In the first game, Miles was present but limited to non-powered stealth missions. At the end of the game Peter took Miles under his wing. Strongly suggesting Peter was going to train Miles in the use of his powers and that we would get to play him as Spider-Man in the sequel. It is unknown what kind of role Peter will play in the new game since he is only heard as a voice-over.

Though short the trailers focus specifically on Miles as he swings through the city, saves innocent people, and battles an unknown enemy. All the while Peter Parker encourages him via voice over. Details on the game are few. However, it was revealed that the game will release this holiday season. Possibly being a launch title for the system.

One of the most questions things about the reveal is the quick turn around. Two years a pretty fast turn around for a game the size and scope of Insomniac’s 2018 Spider-Man. Back in April, a leak surfaced about the Spider-Man sequel. The leak gave various information on the game’s story and the full dialogue of a scene between Peter and Harry. Though the leak was never confirmed it lends credence to the idea the game is more of a side-game similar to Uncharted: The Lost Legacy.

Sequel or stand-alone fans will no doubt be happy to see the new web-slinger swinging into action. It’s hard to know what the future holds, but hopefully, Miles will be a hero that sticks. ‘Halo’ On Paramount+ Renewed For Season Two Ahead Of Release