EXCLUSIVE: Late last year we learned that DC Comics’ popular dystopian future series DMZ was coming to HBO’s new streaming service, HBO Max. Set in the all-too near future, America finds itself embroiled in civil war once again. The Island of Manhattan becomes a demilitarized zone, giving the series its title. Rosario Dawson is already attached as lead character Alma Ortega. Just recently When They See Us star Freddy Miyares joined the cast, as well. Now in this exclusive, we bring you DMZ character breakdowns for the remainder of the main cast.

The official synopsis for DMZ reads:

In the near future, America is embroiled in a bitter civil war leaving Manhattan a demilitarized zone (DMZ), destroyed and isolated from the rest of the world. A fierce woman medic journeys through this harrowing land saving lives while desperately searching for her lost son. But as she contends with the gangs, militias, demagogues and warlords that control this lawless no man’s land, she becomes the unlikely source of what everyone here has lost… Hope.

That Hashtag Show has learned that joining Dawson, Benjamin Bratt and Miyares’ characters in DMZ will be the following:

[JORDAN] Tattooed, African American male, 20s-40s, full of calm swagger. Jordan is the leader of the Two Four Crew. He’s formidable in size and presence. He tries to make a power play on Parco…. RECURRING

[NICO] Latina, an 11 year old female. A brash, brave little girl with the mouth of a sailor. Nico might be young, but she rarely gets intimidated and she doesn’t shy away from danger. Nico gets by on selling stolen goods, but would keep up the habit just for the thrill. She’s fiercely loyal to Odi, her best friend in the world, and despite her tough exterior, she worries and cares deeply for him…. SERIES REGULAR

[PATRICK] Open ethnicity to include African-American, Latino or MENASA (Middle Eastern, North African, South Asian)–40s, unflappable, honest and altruistic. A trauma surgeon turned war medic, Patrick has been Alma’s partner, traveling throughout the war-torn, divided country from clinic to clinic, helping Alma search for her son. He has developed a romantic relationship with Alma and cares deeply for her. But his volunteer service in the war and his patience with Alma’s undying search, are nearing an end. He wants to call it quits and spend his days caring for himself in coastal Maine, an area that has not been affected by the war… The only problem is he wants to do that with Alma at his side…. GUEST STAR

And, rounding out the main cast of DMZ characters:

[NICOLE] 25-40, additionally looking for Native American and “name” actresses, Nicole is a sharp staffer who becomes Alma’s right hand when it comes to the drama and trauma of the clinic.   Whip-smart, the first of her family to go to college–Columbia. RECURRING

Word has it production will begin early this year, so look for the studio to be filling these rolls soon. Stay tuned here to That Hashtag Show for more details as they come! 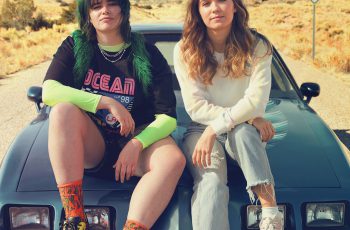 HBOMax’s Unpregnant is the 2nd film to come out this … 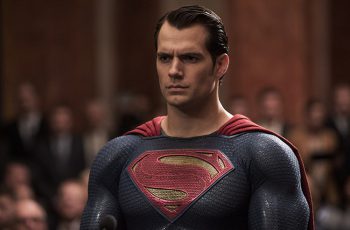 Henry Cavill's team responds to a report stating that he …