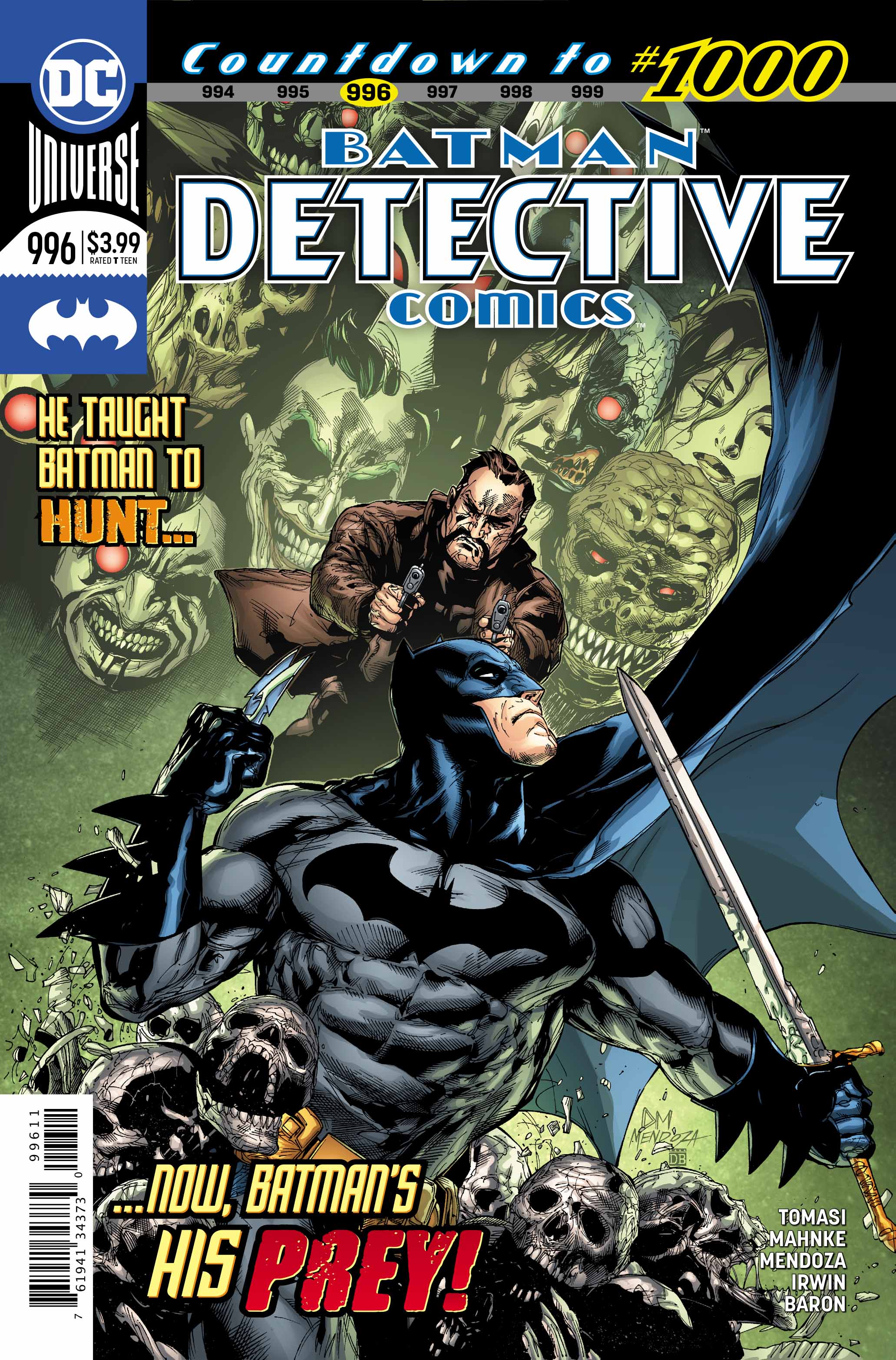 These issues are getting better and better. This one is outstanding! From the art, to the story, to the creature (yeah we will come back to this part). There is no part of this issue that does not deliver.

Starting with the covers, the A cover for once is not only well done, but ties directly into the heart of this issue. Too many times the A cover on comics looks brilliant, but is very misleading when it comes to the pages within. This one is point on. Batman has to hunt down Henri Ducard, the man who taught him how to hunt. The B cover is simply a great representation of the shadow the Batman casts over Gotham and the source of that shadow. I love the way the giant wings taper into the man.

Page one is simply the Arkham inmates saying goodbye to Batman after some ‘intense conversation’. Page two though is a stunning depiction of our dark knight marching out of the Asylum with purpose. The shot radiates power, purpose, and mission. Plus you have to love the trace amounts of blood on his hands.

The next two pages are simple yet effective story telling. The first page is Bruce talking with Damien about all that has happened. The second is Bruce on the trail of Ducard. Both pages do a great job telling the needed story and yet piling in so much meaning. Damien and Batman figure out the next step, while promising a reunion to mend fences when all this is through. The second clearly depicts Bruce at his best when it comes to infiltration.

The Hunter Becomes the Hunted

The next four pages are a bit more spread out, but again do such a great job of packing in so much information and meaning into the pages that it tells the story efficiently and packs in the needed information. We get the history of Ducard and Batman, where their relationship is currently, and the truth of what is actually happening. Ducard is not hunting Batman’s friends. Ducard is one of the friends being hunted, and Batman led the creature straight to him.

Now we get to the creature, and HOLY CONGLOMERATION BATMAN! Damn, this is no simple creature and is like nothing I have ever seen before in the Bat-verse. I am not even going to try and explain it because no words would do it justice. You gotta read this issue and see it for itself.

After many gloriously rich pages of battle with Batman and Ducard losing to the creature, Ducard makes the ultimate sacrifice by detonating a grenade that kills both Ducard and the creature. It is at this point that Batman realizes the mastermind behind all these killing is not going after him, but all those that taught him and made him who he is today.

Batman rushed off to some North Korean mountains only to find the monks that trained him slaughtered. One giant of a warrior remains, but Batman is able to defeat him. Batman helps his sensei and the lone warrior recover and treats their injuries. Batman promises to return to help them rebuild before rushing off once more.

From the frozen mountains of North Korea to the boiling heat of New Mexico, Batman tracks down another teacher. He lands to find a crazed old man with a long white beard and shackles come racing out yelling “Its a trap!” This means next issue we get to learn more about Thaddeus Brown “Mr Miracle.”

They are telling one hell of a story as they build to issue #1000. They aren’t wasting pages with frivolous crap and are keeping the story moving at a lightning pace. Can’t wait to see where this goes in Issue #997! 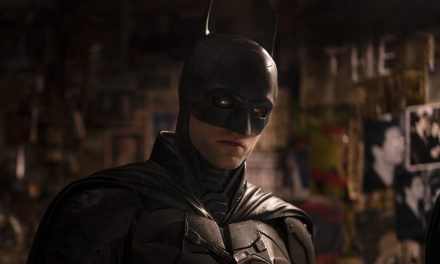 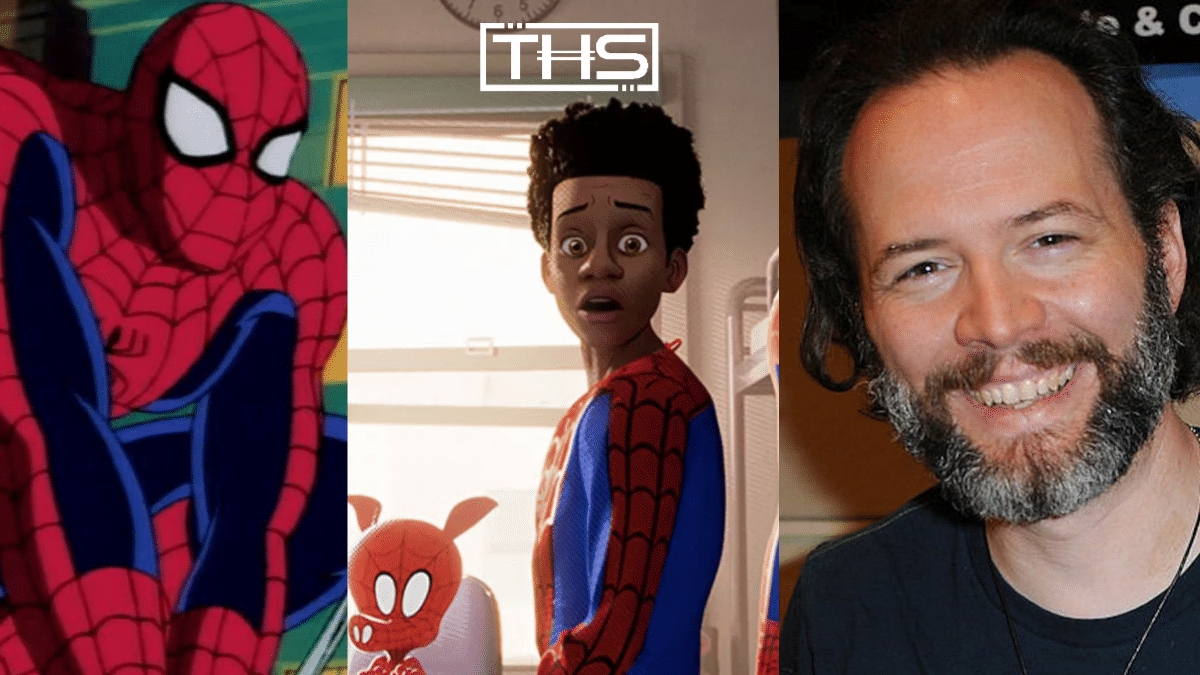 [UPDATE] Exclusive: Christopher Daniel Barnes In Final Talks To Reprise Role In Into The Spider-Verse 2 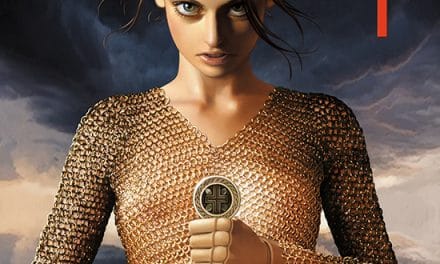