There’s no questioning Joaquin Phoenix’s acting talent. The three-time Oscar nominee (twice for Best Actor) has both breadth and range seldom seen in cookie-cutter Hollywood actors these days. That’s why Todd Phillips chose the talented actor to portray the Joker in the upcoming film of the same name. Early reports are already touting Phoenix’s portrayal as another Oscar-worthy performance…. And I have little desire to see it.

I know, that’s an unpopular sentiment. It’s especially unusual among those of us who normally eat up anything and everything comic-book related. And it’s not that I don’t want to see Joaquin Phoenix in another, stellar performance. It’s just that, for the type of fan that I am, the Joker has always been the arch-nemesis to Batman. Part of the character’s allure for me is the stark contrast between Batman’s underlying, if slightly fractured morality, and the Joker’s sociopathic lunacy. The two characters are almost symbiotic; each feeds the other’s neurosis in any storytelling that involves both characters. From the comics to film, the conflict with Batman is often what makes the Joker, to me, most compelling. But the Bat is decidedly absent from this film.

What is the Joker without Batman?

Of course the answer to that question is still “a lot.” The Joker is a complex character in and of himself. This iteration will be no different. In fact, this Joaquin Phoenix version may very well be the most nuanced of them all, save perhaps that of Heath Ledger. That could be why I am reluctant to see it. All reports point to this Joker film having a deep basis in reality. Phoenix’s Joker is a broken man; mocked, ridiculed, literally beaten down to the point of violent psychosis. So much so that a reporter from The Telegraph even asked Phoenix this question:

Aren’t you worried that this film might perversely end up inspiring exactly the kind of people it’s about, with potentially tragic results?”

Phoenix, unprepared for the question, walked out of the interview. In some ways, I understand why. Whether he, or Todd Phillips, want to admit it or not, there is a very real possibility that the film will do just that. Even if that’s not the case….

I’m tired of the subject in real life. Our news reports are full of instances of exactly what we’re told will happen in the film. Seemingly every day we’re inundated with news of disgruntled men lashing out, violently and murderously, because of some perceived slight, threat, or rejection. Will this Joker film sensationalize that even further?

In all honestly, probably not. Between Phoenix’s exceptional talent and Phillips’ penchant for humor, Joker may very well end up a tragically comedic commentary on the times. And yes, it could even garner Oscar contention. Nevertheless, I still have my reservations. Perhaps curiosity will get the better of me and I’ll go see it after all. Right now, however, this just isn’t the Joker I want to see.

What are your thoughts? Will you go see Joker when it opens October 4? Let us know in the comments below.

Production is well underway and footage is leaking out all … 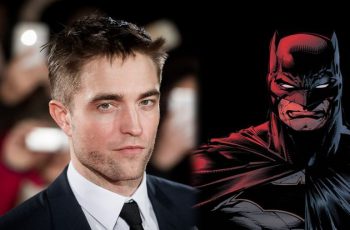 Robert Pattinson cast as Batman in Warner Bros. and DC's …