G4‘s newest series, Dungeons And Dragons Presents: Invitation To Party finally premieres today! This new series is also the first series to air on linear TV. It’s going to be awesome to see a new generation of TTRPG players get into the series.

We had a chance to chat with the show’s DM, B. Dave Walters, along with the entire cast about the series.

B.Dave, you have worked on so many TTRPG and D&D-related projects. What was it about Invitation To Party that made you say yes to being the DM of the series?

B. Dave: I came up watching the original G4. So, getting to work with them earlier this year on D&D Live was already a dream come true. The best thing about this project is we’re going to be the first to do a D&D actual play on TV. There’s not a lot of firsts left in this world. So, having an opportunity to break some new ground and advance the game I love so much was too good of an opportunity to pass up!

I’m excited to you guys on this show. Do any of you have experience with Dungeons and Dragons and what are you hoping to get out of this amazing experience?

Kassem: My experience with D&D [Dungeons and Dragon’s] is very limited. I think out of everyone I am the greenest. It was important for me to try something new but more importantly, make this game accessible for others like me. A lot of things in nerd culture have gatekeepers and aren’t always the most inviting. I’d like to be able to bring brand new players, like myself, an easier entry point into D&D. Because it really is such a special game.

Fiona: I’ve had very little experience with D&D and would always do one-shots for shows and things like that. So, this will be the first time I actually join a campaign so I’m pretty excited about that. Because this show is comedy-focused, us having little to no experience with D&D will actually make it funnier, I think. I’m hoping to hone my improv skills with this challenge. And maybe it’ll help me get a raise since I’ll become so good and funny they wouldn’t want to lose me!

Frosk: I’ve played DnD on and off for a few years – never extremely seriously, but I’ve painted models and drawn out boards and thumbed through manuals. I’d say that I’m familiar with the game, but not an expert. Out of the experience: I’m really hoping to get more role-playing and acting experience; I think everyone grows up with the desire to be an actor and this is probably the closest I’ll get to it – and I got to make the character!

Ify: I’ve been playing D&D since I was 18 and was finally free from the clutches of my parents and their ban on the game due to residual satanic panic. For the past five or so years I’ve been doing a lot of actual play D&D and as a performer, it adds an extra level of spice. You’re not just playing for yourself, you’re playing for the entertainment of others. I’m hoping to bring out a character that people watching can find themselves in and also want to play like.

So who are you guys playing on this show?

Kassem: I’m playing Ignius Cassalanter. [Who is] a reborn Human warlock with a strange past. He’s charming and slick and can sell a ketchup popsicle to a woman wearing white gloves. He’s looking for power and one day would like to be the Open Ruler of Waterdeep.

Fiona: I’ll be playing Ollie, who’s a Harengon Sorcerer. Which, in easier terms, I’m a rabbit person that has a hero complex and wants to save everyone, but seems to always mess it up in the process. She’s super fun and I’ve been loving playing as her!

Frosk: I am playing a half-vampire elf rogue named Octavia. She’s very no-nonsense but secretly has a soft spot for her team members.

Ify: I’ll be playing Thorbie Contiki an eccentric bard. (Is calling a bard eccentric redundant). I feel like Thorbie is the type of character people have wanted to see me play for a while. This is going to be a completely goofy person who will hopefully be able to save the day. There’s a lot of heart at the core of Thorbie and I can’t wait until we unravel him and show it.

B. Dave, with 3 G4 hosts joining this game, did you reach out to Ify or how did Ify get involved with this project?

B. Dave: Ify is an absolute powerhouse, and we’re lucky to have him in the TTRPG space. But, that also means he’s very BUSY! He’s been a friend and collaborator of G4’s for a while now. So when Invitation to Party finally came together, it just made sense to have him aboard. His skill and chemistry with the rest of the cast are really helping turn Invitation to Party into something special.

For all of you, what is something you are excited to do in this game?

B. Dave: I’m excited to get to advance the medium as a whole. We’re going to be bringing in elements of LARP and improv the likes of which you’ve never seen on a regular TTRPG stream.

Kassem: I’m looking forward to building the narrative episode by episode in ways we could have never planned or written for if we were doing something scripted.

Fiona: I’m excited to do more character work. Which will help me a ton in Attack of the Show since we’ll be doing TONS of that. I’m also really excited for the audience to see our characters because our dynamic is really one of a kind.

Frosk: I’m really excited to make the other cast members around me look good and create engaging stories that pend around their interaction in it.

Ify: Play a bard. This is my first time playing one, and I’m always excited to learn new classes to play. Besides that, I hope to make the rest of my party bust out laughing and break character as much as possible.

B. Dave, what one monster are you excited to see the players go against?

What does it mean to all of you to have this series not only air on Twitch and YouTube but also be the first D&D series to air on linear TV?

B. Dave: It means everything to me.   When we absolutely knock this out of the park–you really can’t imagine how good Kassem, Frosk, Ify, and Fiona really are–we’re going to open doors for all sorts of performers on all sorts of new platforms. My greatest hope is this show will help people who have only heard about D&D in passing find their own love for the game. That would make me happier than anything.

Kassem: It’s an immense opportunity to show an audience outside of Twitch/YouTube that maybe you don’t have to watch Shark Tank tonight. Here’s ONE other option that might be fun. And hopefully, get people playing TTRPG’s who thought it was for basement-dwelling teens or lonely nerds. I mean it’s for them too, but really it’s for everyone once you understand how it works. And hopefully, we get to showcase that.

Fiona: I’m on TV?!?! I’m joking, yeah, this is huge! Being the first D&D series to air on linear TV is exciting but nerve-wracking. I know a lot of us to say it, but there isn’t a lot of firsts in the world. So being a part of this is an honor and an exciting opportunity.

Frosk: Extremely surreal. I am not new to the World of polished production coming from a Riot Games background, but getting to do something so creative is an extremely new venture and challenge for me. I hope I don’t fall on my face.

Ify: It’s inspiring, but also a little nerve-wracking. We have the chance to play this legendary TTRPG on a grand stage but there are so many elements that can be scary. D&D in itself can be played so many different ways, so for the typical players, they can complain if they feel like we’re not playing the “right” way, which is always the way they want to play, not necessarily a way that is objectively correct. Then there’s the aspect of the casual viewer tuning in to see us play and wondering what the hell is going on. Your average TTRPG actual play viewer has no problem plopping down for three or so hours to watch nerds roll dice, but the layman would be wary about giving it five minutes. All that being said, I feel like we’ve found an extremely entertaining way to play whether you’ve been ingesting Critical Role and The Adventure Zone for years or if you’re popping it on to watch your favorite G4 hosts, so because of that, this is all EXTREMELY exciting.

Where To Watch Dungeons and Dragons Invitation To Party

Invitation to Party is streaming live tonight on G4’s Twitch and YouTube channels. It will then air on G4’s Tv channel on Monday at 6:30 PM EST/3:30 PM PST. 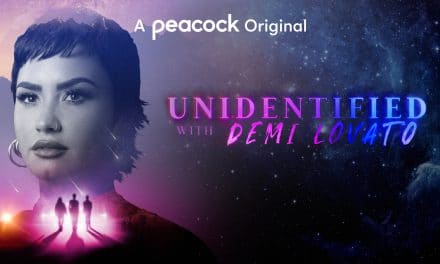 They’re Back! The Proud Family: Louder and Prouder Is Making A Comback [Clip] 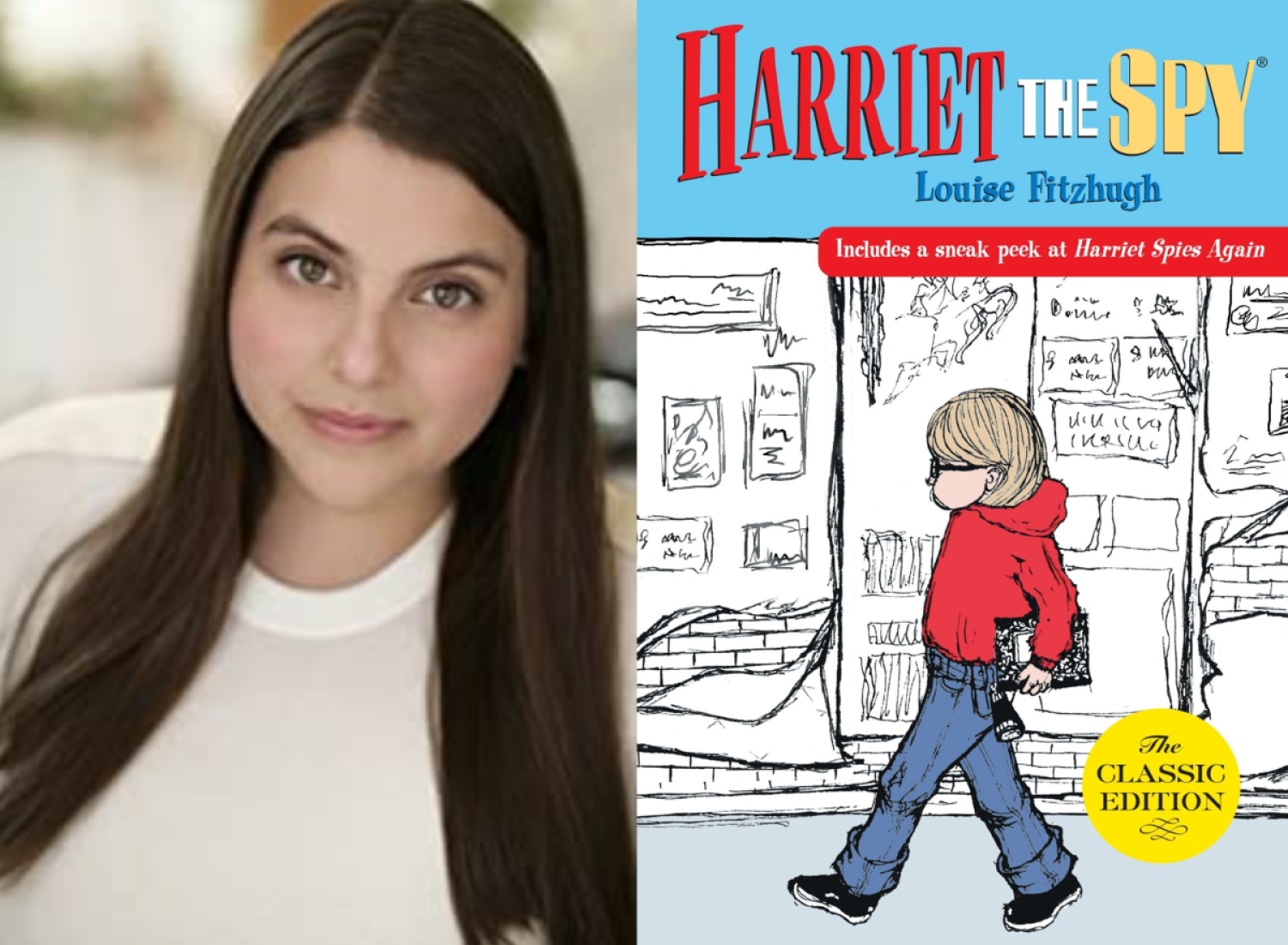