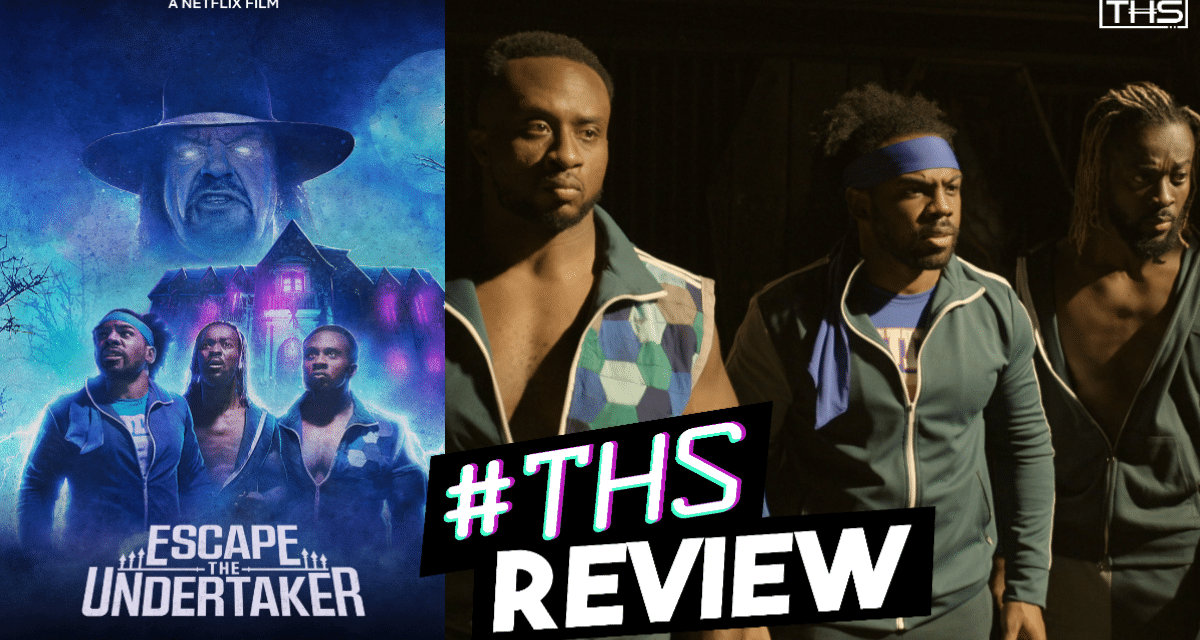 Here’s a warning to those out there without a sense of humor. Don’t watch/play Escape The Undertaker. This wasn’t made for people who are overly serious, who can’t find the joy in things, and don’t like classic horror tropes. This however, is for people who love: wrestling, The Undertaker‘s supernatural shenanigans, The New Day, Big E, Kofi Kingston, Xavier Woods, silliness, classic horror, and more. You get all of that in Escape the Undertaker. It’s an interactive movie, similar to the “video game” episode of Black Mirror. Except this time, you’re leading the leaders in positivity, The New Day, into the lair of The Undertaker.

The Undertaker is arguably one of the most important and prolific professional wrestlers in the history of the business. He takes his character EXTREMELY serious. The idea that pro wrestling storytelling is dead, doesn’t register with the man behind Taker. So that’s what makes Escape The Undertaker so fun. Everyone involved isn’t treating this like it’s a joke or an easy cashgrab. it might have been for them, but it doesn’t come off that way. Instead you get the three members of The New Day, pro wrestling’s most successful recent faction: Big E, Kofi Kingston, and Xavier Woods, going through traps and hamming it up for the screen.

This is the intersection between goofy horror and pro wrestling that made the Boneyard Match at the 2020 edition of WrestleMania so popular. So imagine you could control the action in that match, that’s what you get here.

So you guide the New Day through the equivalent of a professional wrestling haunted house. Except this time, it’s guarded over by the Deadman, the Phenom, The Undertaker. If you need a synopsis, here it is straight from Netflix:

In this interactive film featuring WWE Superstars, The Undertaker has set a trap for the decorated tag team The New Day at his mansion. What they don’t know: The Undertaker’s mansion is an extreme Haunted House, packed to the brim with supernatural challenges. It’s up to viewers to decide the fate of these three poor souls trying to survive the wrath of The Undertaker.

This whole experience would not have worked nearly as well if Kingston, Woods, and Big E didn’t give it their all. Whether that’s Big E getting tarantulas put near his face or Xavier Woods selling a beatdown by The Undertaker. These are the three perfect performers to put up with Taker in a spot like this. There’s a reason why every wrestling fan loves The New Day. They ride the line between campy and badass perfectly and it translates here.

If You Really Want To Nitpick About Effects…

Some of the effects with Undertaker shooting lighting and explosions look a BIT bad. But really, REALLY, are you going into a Netflix movie called Escape the Undertaker and thinking that you’re going to get anything other than camp? This is camp incarnate. This is the reason why we love wrestling and horror movies. We get to sit in our houses, rooms, wherever and just enjoy something silly and spooky for thirty minutes. It combines two great nerd loves of wrestling and horror movies. it plays out like a classic Universal horror movie and a slasher film. For the kids that grew up scared of The Undertaker, this will be an absolute delight.

For modern fans of the WWE, the New Day carry the entire thing. If you’re in need of something fun for everyone this Halloween season, Escape the Undertaker gives you tons of frights and entertainment. For the sourpuss grumps out there, they’re going to absolutely hate this. So, temper your expectations, don’t expect high art, but you’re going to get some enjoyment out of this one.

For more on horror, make sure to check out Fright-A-Thon, the month-plus Halloween marathon, or stay tuned to That Hashtag Show.

Summary Escape The Undertaker is the perfect intersection between camp and wrestling. The interactive Netflix movie bridges the gap between wrestling and horror with The New Day and The Undertaker. It's a fun ride that you should enjoy this Halloween season. 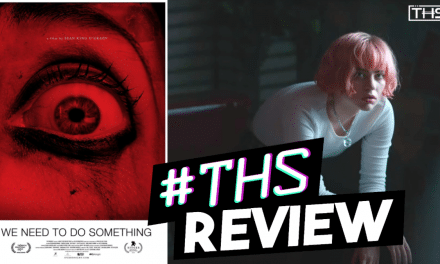 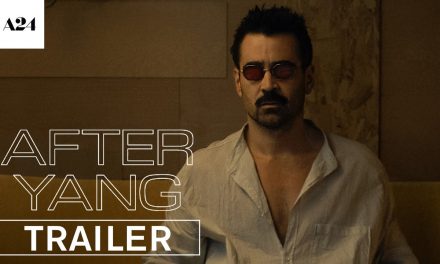 After Yang: This Android Will Teach You The Meaning Of Family [Trailer] 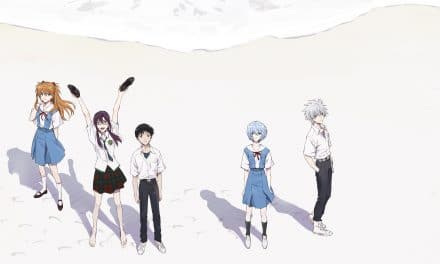