Buffy fans who have been missing their favorite witch don’t have much longer to wait. Willow #1 hits stands July 8.

The five-issue limited series follows Willow as she leaves Sunnydale after the events of Hellmouth.

Willow #1 picks up with Willow on her own in a way she’s never been before.

After the Hellmouth, she jumped on a study abroad opportunity as an excuse to get away from it all. Unfortunately, running away didn’t solve her problems. After failing to connect with a coven in England, Willow flies back to Sunnydale. Standing alone in the airport, Willow realizes she has nothing (and no one) to keep her there anymore.

It’s a heavy moment. Seeing Willow so unenthused to be back in Sunnydale really drives home how much she’s been affected by everything that has happened to her. She clearly still has a lot to work through.

Willow immediately buys a one-way ticket out of town. She sits on the bus alone. Gets off the bus alone. Eats in a small-town diner alone. She’s feeling cut off from the world emotionally, and now she’s distancing herself physically too.

Then the mysterious Aelara arrives and invites Willow to a bonfire during the full moon. For the first time we see a real spark of life in Willow. She finally looks like she has something to look forward to.

Willow #1 does a great job of placing Willow’s emotions at the center of the story. Her obvious depression and feelings of listlessness will undoubtedly play a huge role in her character’s arc for the series; Willow will have to combat her inner darkness in more ways than one.

On a visual note, the artists have also done a great job of adding little gothic elements to Willow’s wardrobe. It gives the series more of a supernatural feel, even when nothing witchy is happening.

Willow #1 may set the stage for multiple Buffy-universes to collide.

Fans speculated that Boom! comics may be plotting a multi-Buffy event a la Into the Spider-Verse. The concept of multiple universes was introduced in the Hellmouth crossover. Four issues later, Willow appeared in the Buffy comics. However, she looks different than we remember, leading to the conclusion that she may be from another timeline or universe.

While the initial pages of Willow #1 don’t delve into the multiverse theory, the series’ description of Willow’s journey hints at big things to come. Could the darkness Willow feels in herself lead to universes colliding? Fans will have to follow along with the Willow series to find out.

For more on the Willow series or any other comics news, be sure to check back to That Hashtag Show. 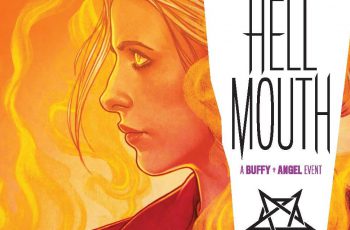 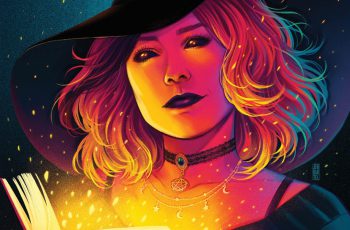 BOOM! Studios released a first look at the upcoming comic …