“Star Wars: The Last Jedi” upset roughly half the “Star Wars” fanbase. So, it shouldn’t come by surprise that its sequel, “Star Wars: The Rise of Skywalker,” was a film made for the fans. So much so that it nullified or disregarded much of what happened in “The Last Jedi.”

The influence of Luke Skywalker’s sacrifice

To conclude “The Last Jedi,” Luke Skywalker deploys the newly seen power of Force projection to Crait to confront his nephew Kylo Ren and let the Resistance escape. As he does so, he sacrifices himself. It’s tragic. The news of Luke’s sacrifice has reached virtually everyone in the galaxy given that slave boys know about it (and are replaying it). And most importantly, Luke’s sacrifice was supposed to be “the spark that will light the fire that’ll burn the First Order down.” It was supposed to move others to join the battle against that evil organization, resulting in more people joining the Resistance.

But in “The Rise of Skywalker,” Luke’s sacrifice didn’t do that. Poe Dameron says that the Resistance asked for help after fighting in the same battle where Luke saved them, but no one came. This completely weakens the most important reason for Luke’s sacrifice. Only after Lando Calrissian and Chewbacca recruit folks in the galaxy does the Resistance have enough strength to take on the Sith fleet on Exegol. It seems clear that it should have been Luke’s sacrifice that inspired that – and not because I want it to, but because that’s what “The Last Jedi” was saying.

Rey’s Parentage in “The Rise of Skywalker”

After so much hype had been built around who Rey’s parents could possibly be, the opposite was revealed. “The Last Jedi” director Rian Johnson has Kylo Ren tell Rey in the film that her parents are “filthy junk traders” – “nobody,” as Rey said.

That didn’t go over well with fans. So then “The Rise of Skywalker” director J.J. Abrams had Kylo tell Rey that she does have a somebody in her family line, directly. That somebody being Emperor Palpatine, the former head of the entire galaxy, as her grandfather.

Because Johnson wanted audiences to get to know Kylo more, Kylo breaks his helmet in “The Last Jedi.” Kylo’s master, Snoke, told him to stop wearing it.

Kylo didn’t need to wear the mask again unless he was that devoted to cosplaying as Darth Vader, continuing his Vader-fanboy run.

The Skywalker Lightsaber Returns for “The Rise of Skywalker”

The most iconic lightsaber of the “Star Wars” saga got split in two in “The Last Jedi,” as Kylo and Rey pull it in opposite directions through the Force. While it felt like Johnson was breaking the Skywalker family component of the series, the lightsaber was also back in “The Rise of Skywalker” as if nothing had happened. While an important metaphor was restored, it lacked an explanation about how it came to be.

Perhaps Abrams took pride in “Star Wars: The Force Awakens” in having established the lightsaber more as a representation of the Skywalker family. 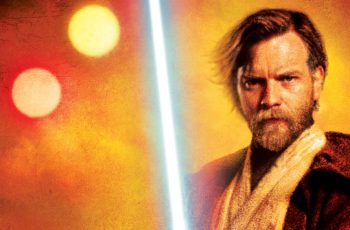 The Disney+ series, Obi-Wan has seen some supposed rough patches … 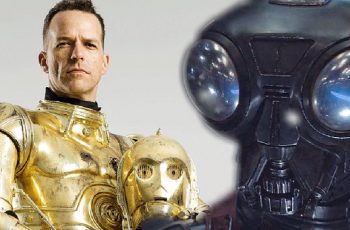