With all the conventions that are being canceled lately it is always nice to get some hopeful news in the Pop Culture world. PopMinded by Hallmark revealed their convention lineup by announcing their 2020 con-exclusive Merchandise today.

These Star Wars, Star Trek, and Deadpool exclusives will be limited and available at Comic-Con International (SDCC) and New York Comic Con. Hallmark also said that select items will be at Star Wars Celebration, Planet Comicon and the Star Trek Convention. Here is the 2020 PopMinded exclusive list.

The Mandalorian The Child-themed PXL8 Enamel Pin features a stylized rendition of the lovable, mysterious bounty from the Disney + series The Mandalorian. At a total production run of 2,500, it will be sold in limited allotments. The Child will retail at $8

Imperial Probe Droid-themed Keepsake Ornament features a metal rendition of the infamous, spindly armed reconnaissance droid in honor of the 40th Anniversary of Star Wars: The Empire Strikes Back. This ornament will have a total production run of 3,200. It will retail at $35.

Professor Boggart SnapeKeepsake Ornament depicts the iconic moment when Neville Longbottom imagines the idea of Snape in his grandmother’s clothes to defeat the boggart. This ornament will have run of 3,350 and will retail for $35.

Tribble (exclusive 2020 variant) Keepsake Ornament is inspired by the furry little spawning aliens from the Original Series episode, “The Trouble with Tribbles.” It features a different material and color than the version released in stores in 2019. The ornament is priced at $25 with a total production run of 3,350.

Deadpool itty bittys depicts a stylized rendition of everyone’s favorite chimichanga-eating, unicorn-loving, merc with a mouth, created in specialty packaging with maximum effort! The collectible is priced at $10 with a total production run of 2,500.

Where will these Hallmark exclusives be at?

Like mentioned eariler these PopMinded by Hallmark exclusives will be sold at a few different fan conventions. The Boggart Snape, Tribble, and The Child items will be avaiable at Planet Comicon. Also there will be a limited amout of the Tribble ornaments at the Star Trek convention. The Probe Droid and Deadpool will be at SDCC and NYCC. Star Wars Celebration will also have a limited amount of the Probe Droid as well. Make sure to check out PopMinded for any updates.

So, lets all hope that these conventions will take place and get back to a little normalcy in our lives. Which of these Hallmark exclusives are you most excited about? Also do you plan on attending any of this conventions this year and if so what ones? Well, That Hashtag Show wants to hear from you.

You can tell us your thoughts by hitting us up on Twitter or myself @starwarsnerd574. You can also join my page at the Midwest Star Wars Fanatics to chat all things about the galaxy far, far away. Also, make sure to stay up to date on all news by following us at ThatHashtagShow.com and the Star Wars Fanatics on Facebook. I can’t wait to see you all this year at Celebration

Recently in a video interview for GQ Sam Jackson talked … 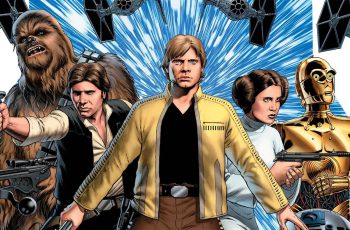 As we all know Star Wars there is more to …