We all know that iconic scene in Home Alone 2 where Kevin, played by Macaulay Culkin, stumbles into Donald Trump. The scene is very innocent and is not longer than a minute. It consists of Kevin simply asking the businessman/future President directions to the lobby. Canadian television broadcaster CBC, has now cut the famous scene out of the movie.

Reactions from Trump, his supporters, and even his oldest son have hit Twitter with disapproval. Trump poked at Canadian Prime Minister Justin Trudeau by Tweeting.

“The movie will never be the same! (just kidding.)”

Trump also attacked CBC on Instagram, calling the Canadian broadcaster “totally pathetic”. Saying ” This is what we are up against in 2020″.

Mr. Trump also mentioned his Home Alone 2 cameo on Christmas Eve in a teleconference with military members. “Well, I’m in ‘Home Alone 2,’ and a lot of people mention it every year, especially around Christmas,” he said. “They say ‘I just saw you.’ Especially young kids, they say, ‘I just saw you on the movie.’ They don’t see me on television as they do in the movie. But it’s been a good movie and I was a little bit younger, to put it mildly, and it was an honor to do it.”

CBC defended itself by claiming that this is one of several scenes cut from the movie to make room for commercials. Also, stating that these changes were made back in 2014 before Trump became president. Proving the removal of the scene was not a political statement. More of a way to make the movie shorter for commercials, due to the scene not having any relevance to the actual storyline of the movie. 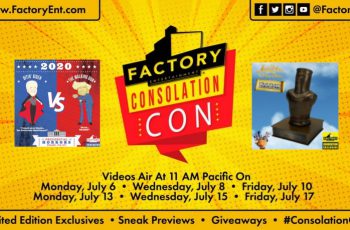