The Hollywood Reporter says Zoe Kravitz broke out of a heated race to capture the role of Selina Kyle/Catwoman in Matt Reeeves The Batman. Kravitz beat out three other actresses who tested for the coveted role.

Reports for some time have suggested many villains will be running rampant in this latest Batman version, but so far only Commisioner Gordon and Bruce Wayne have been cast. Rob Pattinson will lead the movie as Bruce Wayne/Batman and strong rumor suggests Jeffrey Wright will don the stache as Gordon. Rumor also suggests Jonah Hill may be attached in some way, but his role remains unknown and also a rumor.

Zoe Kravitz, daughter of singer Lenny Kravitz and wife Lisa Bonet, out fought Ana de Armas, Ella Balinska, and Eiza Gonzalez for the role. Reports say all four actresses were brought in to read with Rob Pattinson to test chemistry. Late last week it narrowed to Zoe and one other before Zoe landed the part.

The fact they decided the final actress by screen testing chemistry against Pattinson bodes well for Zoe. Catwoman becomes central to every movie she shows up in because of both her nature and relationship with Bruce/Batsy. There needs to be real chemistry between the two actors or it will never work.

Zoe Building Quite the Resume

Say the name Zoe Kravitz and outside of knowing her father, most people will not recognize her name, yet her list of past movies is really quite impressive.

Zoe played Angel in X-Men: First Class, and Christina in all three Divergent movies. She continues the role of Leta Lestrange in the latest Wizarding World series as well as Mary Jane in Spiderman: Into the Spiderverse. She also already played Catwoman in The Lego Batman Movie. Now Zoe will appear in perhaps the most crucial role in the film.

Very little is known of this new Batman created by Matt Reeves. Rumor suggests he plans a trilogy, but whether this is true, or what characters will cross over which movies remains to be seen. Certain characters may only appear in a single movie while others may share a spot in all three. Will this Trilogy (assuming it is) be three seperate movies like Nolan’s? Or will certain bad guys carry though all three to tell a larger story?

Catwoman has shown up on screen three times so far and two of which have been a success. Catwoman set a high bar back in Tim Burton’s 1992 Batman Returns. While the writing of the character could have been better, Michelle Pfeiffer nailed the nuances of the role. She played Selina quiet and vulnerable, while she took all the spunk and charisma to make Catwoman a true badass. The chemistry with Michael Keaton brought even more to the role as it stressed the love but torn emotions that plague Selina.

Fans demanded a Catwoman movie, but instead of calling back Pfeiffer back like fans wanted, they inserted Halle Berry and proceeded to create one of the worst movies ever made.

Then Nolan cast Anne Hathaway as the latest Catwoman. Some did not like the choice , but she did an excellent job making the role her own. Her Catwoman took a different direction, yet held her own against Bane the other characters.

Will the Race Change Matter?

One thing that always pops up is when Hollywood tries to change the race or gender of a character. Selina Kyle has always been portrayed as a white woman. Will Zoe being black cause issues this time around? I highly doubt it and here is why.

First off, this is not the first Catwoman to be black. Halle broke that mold years ago. Even though the movie sucked, it set a precedent of sorts. Secondly, the degree of character does matter. Catwoman is a major character in the Gotham world, but she still remains a secondary character. Changing Batman, Superman, Ironman into different sexes and color (whether right or wrong) would gender bigger outcries from fans.

Finally, changing characters is happening more and more, most with moderate to great success. The latest and best example of this would be Zendaya as MJ in the new Spiderman movies. Here they did a great job of not taking on the stereotypical Mary Jane role and let Zendaya make the role her own.

Like Nolan before him, Reeves seems to be making all the right moves for his movie(s). The Batman is scheduled for release on June 25, 2021. 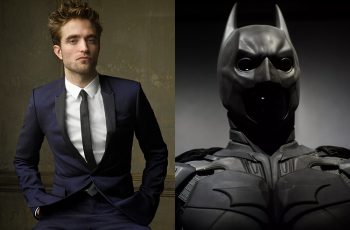 Robert Pattinson's name has been on everyone's lips, but he … 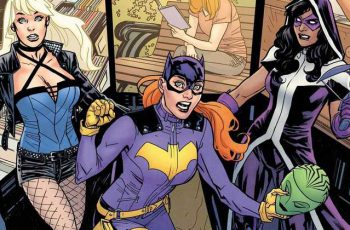 Revenge Of The Fans have recently been able to share …