Ryan Reynolds is at it again. The Deadpool star thrilled the New York Comic-Con 2019 audience this afternoon by appearing at a panel for his new film, Free Guy. In this case the title is literal. The film follows Guy, a lowly bank teller, as he begins a journey of self-discovery.  Here’s the kicker: Guy is what you call a NPC, or non-playable character, in a video game. Only he never knew it until know.

Director Shawn Levy was also on hand to discuss Guy’s story: “He works in a bank, and his bank gets robbed 17 times in a day,” he told fans in attendance. “[E]ventually he realizes that’s weird and not normal,” and begins to question everything about his existence. And that’s when he discovers that his world may not be entirely real… or real at all.

Before diving into the comedy of the film, Reynolds discussed how he felt a kinship with his character. Even in the real world Reynolds sometimes feels like we are operating on an automatic loop. Because of that he described this project as the first time since Deadpool that he’s felt so “so fully immersed” in a character. Levy showed then some clips from Free Guy to uproarious laughter.

Ryan Reynolds perfectly portrays Guy’s naiveté juxtaposed against Jodie Comer’s “Molotovgirl,” her avatar within Free City in which the game is played. Joining them is Joe Keery (Stranger Things). He plays a computer programmer whose code was stolen and led Guy’s self-awareness. His Free Guy character, Keys, developed the code with Comer’s real-world character, Millie. The game developer, and thief, is none other than Taika Wiatiti.

Based on the Free Guy clips shown, the film will be a hilarious romp. At one point guy declares that he won’t be a good guy in the game, he’ll be a great guy. Molotovgirl then congratulates him on his pending, perpetual virginity.  And of course they couldn’t end the panel without a jab at Reynolds’ and Waititi’s prior collaboration, Green Lantern. (For a good laugh, watch the “get to know the cast” video above.)

Free Guy arrives in July, 2020. For more information on the film and all your NYCC 2019 news, stay tuned here to That Hashtag Show! 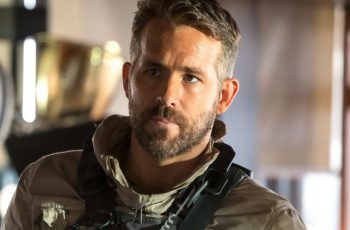 Late last year, at New York Comic-Con, we heard from … 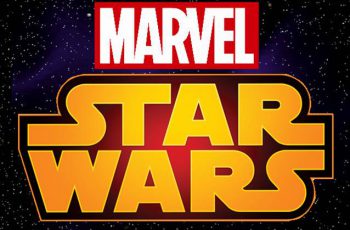 Marvel’s most recent Star Wars comic volume will end this …