It appears that Marvel Studios has begun its search for Shang-Chi. According to our source, Ludi Lin (Power Rangers, Aquaman and Black Mirror) is among the actors with whom the studio is interested in meeting to discuss the role. Though Lin’s name is the first to emerge, there is no indication at this point that he is a favorite to land the role. In fact, our source tells us that we should expect to hear more names emerge over the next couple of weeks.

Lin’s career trajectory has led him to this opportunity. He lobbied for the role of Shang-Chi last December. Further, his recent turns in Aquaman and, most recently, Black Mirror Season 5, have gained him notoriety. His desire to lead Marvel Studios’ first Asian-centric superhero film, coupled with his extensive martial arts training have put him on Feige’s radar. It seems that he’ll soon have his chance to impress the man with the plan. We have also heard that one time Disney kid, Ross Butler, may have a chance to sit down with Feige as well.

Marvel Studios began developing SHANG-CHI in early October of 2018 when they hired writer David Callaham to pen the script. At that time, the trades reported that the studio had already begun meeting with Asian directors to helm the project. In March, Destin Cretton inked a deal to direct the project. Later, in early April, the New South Wales government revealed they had an agreement with Marvel Studios to film a major motion picture at Fox Studios. Likewise, over the past month, evidence has continued to mount that film would be SHANG-CHI.

In late May, I revealed on my podcast that casting for the film had begun. GWW later revealed that Marvel Studios was looking for two Asian actors for the film. One would play a wise, old statesman and one of his deadliest warriors. Just last week, the studio brought Sue Chan on board as the film’s production designer. While I have been unable to confirm it, I have been told that the studio is currently targeting an early-November start of production. Given Marvel Studios known slate of films, it’s possible that SHANG-CHI will take the February 12, 2021 date. That would coincide with the Chinese/Lunar New Year.

Could Donnie Yen Be in Shang-Chi?

Additionally, our source indicated to us that Marvel Studios hoped to meet with Donnie Yen for an as yet unidentified role, confirming prior reports. Yen is an icon in Hong Kong. His inclusion in the film would be be chalked up as a huge win for the project. Of course, the role Marvel Studios has in mind for him is being kept under wraps. Nevertheless, Yen certainly fits the description of the “wise, old statesman” mentioned above. (Many fans believe that role to belong to the Mandarin.)

Marvel Studios hasn’t officially revealed its post-Infinity Saga MCU slate. Notwithstanding, Kevin Feige has spoken publicly about SHANG-CHI and its importance. It is expected that it we’ll get some kind of official announcement at either SDCC or D23. Stay tuned to That Hashtag Show for more on this story as it develops. 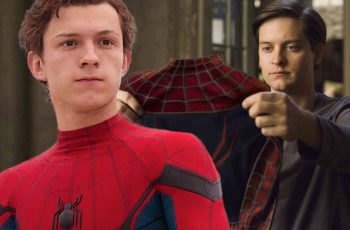 While talking with BBC Radio 1 Tom Holland mentioned who … 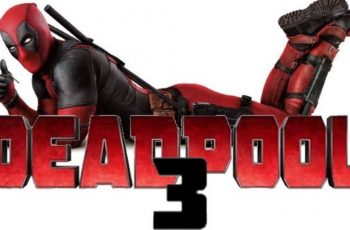 Ryan Reynolds is Deadpool. It’s one of the facts of …