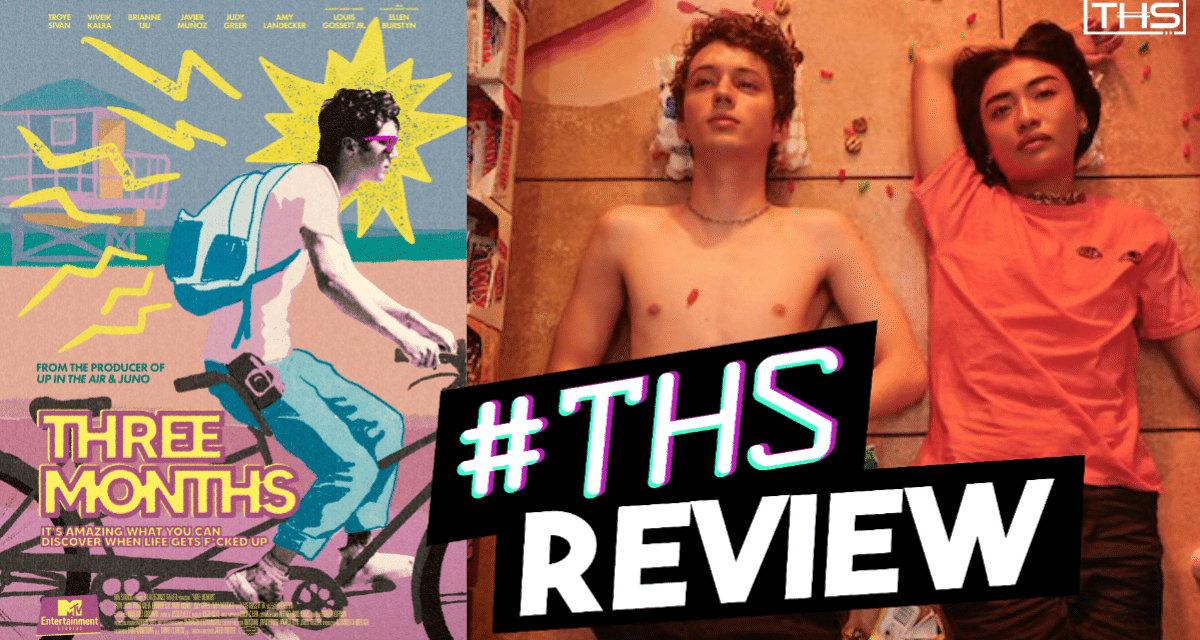 FOR THOSE OF YOU WHO HAVE YET TO SEE THREE MONTHS, THIS IS A NON-SPOILER REVIEW.

Going into Three Months, I had absolutely no idea what it was about or what to expect, besides the fact that Troye Sivan was starring in it.  The openly-gay singer from South Africa rose to fame through YouTube and starred in a movie called Spud from his native country and had a supporting role in 2018’s Boy Erased, but Three Months will be his first big leading role stateside.  And even though I know his super-fans will seek this movie out, I truly hope that others will discover it while browsing Paramount+… because this little indie is something very special.

WHAT IS THREE MONTHS ALL ABOUT?

The film follows Caleb (Troye Sivan), a South Florida teen, who on the eve of his high school graduation, finds out that he’s exposed to HIV. While he waits three months for his results, he finds love in the most unlikely of places and realizes that everything he knew before is about to change.

HOW IS THIS FILM’S REPRESENTATION HANDLED?

We have come a very long way from the old days of having the only gay characters in the film, be the overly flamboyant supporting characters.  Movies like Love, Simon, and shows like Netflix’s Young Royals and Freeform’s The Fosters have proven that people will show up for content revolving around homosexual characters.  It’s always a worry though that it will just be labeled “that one gay show” or “that lesbian movie”, rather than just being a piece of entertainment that has a lead character that just so happens to not be straight.  A lot of these properties also spend so much time on the coming-out story, rather than allowing these characters to breathe and just be themselves, living normal lives.

It wasn’t until the comedy Booksmart, that I first saw this depiction change, with Kaitlyn Dever’s Amy.  The movie didn’t spend its whole runtime trying to explain to us that she was lesbian, it was just one of her many different facets.  And this is one of the things that make Three Months so refreshing, as well.  Our lead character Caleb is gay, yes.  We know this from the get-go.  But, the movie is never trying to shove that fact about him down our throats.  He is just a young man, dealing with the struggles of growing up, just like everybody else around him.  Some people might call this approach “Woke”, but I call it, “just telling it like how it actually is”.

HOW IS TROYE SIVAN IN THE LEAD ROLE?

Troye Sivan has definitely proven himself to be a talent behind the microphone, but in this film, he also proves that he is a force to be reckoned with in front of the camera.  He injects so much sly wit, nervous charm, and raw emotion into Caleb.  I’m sure he has used a lot of his own experiences to mold this performance because it feels extremely personal, and it is all the better for it.  Three Months also has a wonderful supporting cast that is all given their time to shine.

Viviek Kalra, who plays Caleb’s love interest Estha, is so invigoratingly different from who you would expect to inhabit this role.  He is nerdy, shy, awkward, and is able to provide a contrasting perspective and worldview to this character.  Caleb’s best friend Dara, played by Brianne Tju, is absolutely hilarious.  And she gets a surprising amount of screen time to flesh out her character and give her a whole lot of heart, along with the laughs.  Ellen Burstyn and Lou Gossett Jr., who play Caleb’s grandparents and guardians, both have scene-stealing moments that nearly led me to tears.  All around, Three Months confidently knows how to spread the love to all of its players.

HOW HEAVY DOES THREE MONTHS GET?

Although this movie is about some really heavy subject matter, revolving around HIV… writer/director Jared Frieder knows how to keep the mood light, when it needs to be.  This film gives off a lazy, hazy summer day-feeling that had me feeling nostalgic of my childhood.  And Three Months, being an MTV-produced movie, is filled to the brim with breezy and upbeat music that will lift your spirits, even when things get dark.  This is definitely a soundtrack you will want to purchase and jam out to on a long road trip.  This movie is expertly able to balance so many contrasting tones… In a way that feels authentic to the ups and downs of real life.

WILL THE ENDING BE DIVISIVE?

I am very curious to see what people think of the ending of Three Months because I have a feeling it’s going to be very divisive.  It’s definitely not going to provide the sunshine and rainbows that many viewers will be yearning for.  And it also goes for an ambiguous approach that will anger some audiences, as well.  But, for me, the ending works on a multitude of levels.

Without diving into spoiler territory, I will say this… life does not always have a happy ending. There are things that will happen to all of us that are terrible. But as long as we do not allow them to define who we are; that is when we become stronger because of it. “It’s amazing what you can discover when life gets f***ed up”… this is something Caleb’s doctor says to him in the movie, and I think that quote encapsulates exactly what Three Months is all about.  And what makes it so powerfully moving.

For more Reviews make sure to Stay Tuned to That Hashtag Show!

Summary A touching love story, a comedic coming-of-age tale and a raw, emotional rollercoaster… Three Months is all of these things and so much more. This is a timely and refreshing take on a well-worn genre… and even if you don’t love the destination, you will certainly have been moved by the journey there. 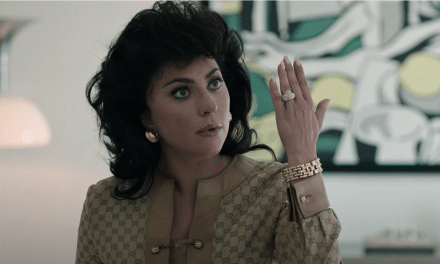 House of Gucci: Patrizia Takes Out The Trash [New Clips] 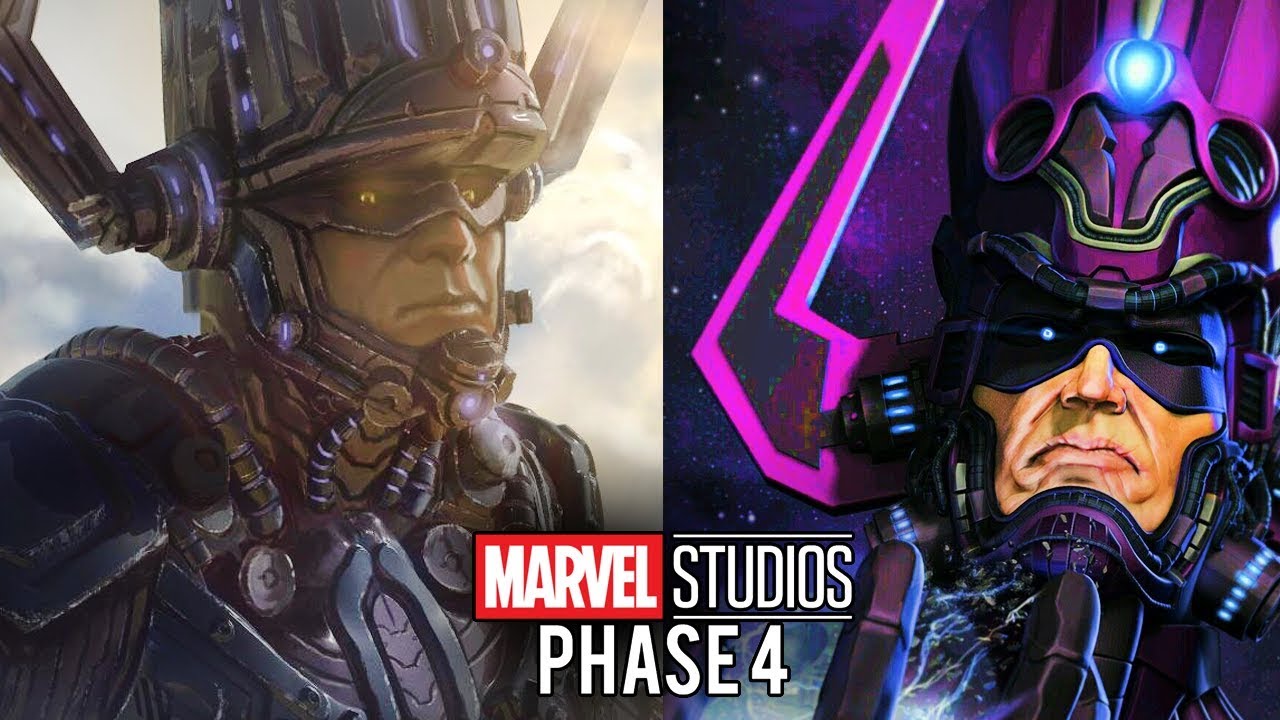 How Marvel Will Introduce Galactus Into MCU Phase 4 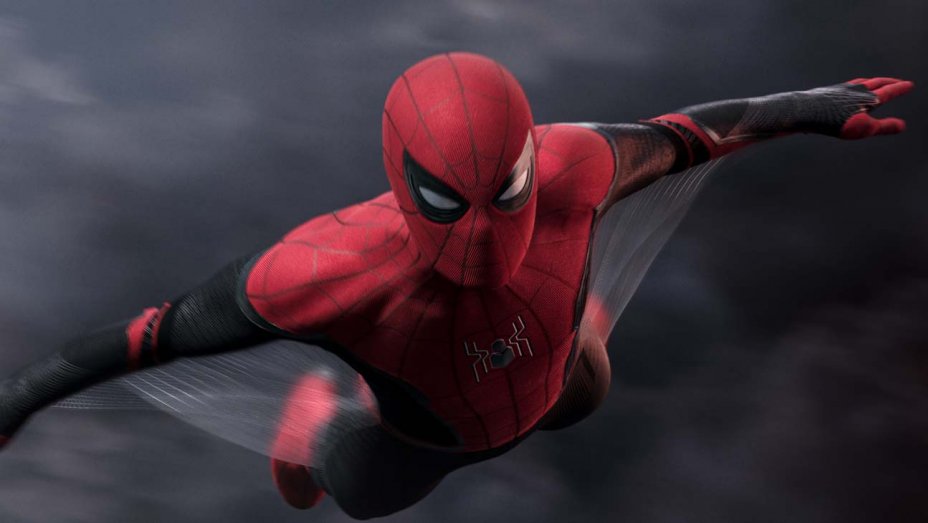 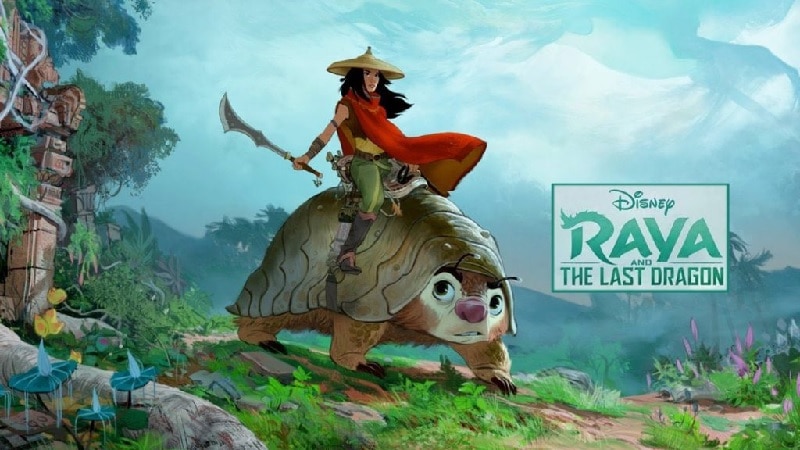