The final season of Star Wars: The Clone Wars hits Disney+ on February 21, completing the show after it seemed like that would never happen. What many may not realize is how much The Clone Wars changed Star Wars, in a variety of ways.

Here are five, from StarWars.com:

More than 40 hours of The Clone Wars content came straight from George Lucas or involved his input. That’s far more time than the films!

Perhaps more significantly, though, is that Lucas chose Dave Filoni to lead the series as supervising director. Lucas mentored Filoni as the series went on “and, in many ways, passed the Star Wars torch to him,” StarWars.com’s Dan Brooks said. That led to Star Wars Rebels, Star Wars Resistance, and The Mandalorian, as a mark of Filoni’s first experience with live action.

“Star Wars is in good hands with Filoni, and it all started with The Clone Wars,” Brooks wrote.

Count me as among the many who first bristled at Anakin Skywalker having a Padawan but then embraced Ahsoka Tano (voiced by Ashley Eckstein) as The Clone Wars progressed. And that is good because, as Brooks said, “their relationship would form the heart of the series.”

Ahsoka was a rough stone to start the series and, as Brooks pointed out, lost her lightsaber at one point.

“But over the course of the series she matured, becoming a truly great leader and Jedi,” Brooks wrote.

“In a master stroke of storytelling on the part of Lucas and Filoni, young viewers grew with Ahsoka and, by extension, identified with and learned from her.”

Today, Ahsoka, the first leading on-screen female Jedi, is one of the most beloved characters in Star Wars.

“And rightly so,” Brooks added.

The Clone Wars looks quite a bit at Mandalorian culture, fulfilling fans’ dreams.

Brooks said that “without The Clone Wars’ worldbuilding, we might not have The Mandalorian series as it exists today.” That includes the details of Mandalorian traditions to the various types of armor.

The final season of The Clone Wars is going back to Mandalore, the Mandalorian’s home planet.

“Helmet and jetpacks on, everyone,” Brooks wrote.

4) It increased our understanding of Anakin Skywalker

The Clone Wars shows how being a mentor to Ahsoka helped Anakin grow; how he and Obi-Wan were an incredible duo; “and just how good, creative, and caring a person he was,” Brooks wrote.

“If you love Anakin in the prequels, watching The Clone Wars will only make you love him more,” Brooks added.

“Mortis. Moraband. Force priestesses. Lucas and Filoni revealed more about the mysteries of the Force in The Clone Wars than ever before, while still leaving much to the imagination,” Brooks wrote.

A couple of story arcs are Star Wars to the fullest, and are thus enthralling and wonder-bound. These episodes are popularly called “The Mortis Trilogy” from the third season and “The Yoda Arc” from The Lost Missions, wrote Brooks, who added that the episodes will change the way you look at Star Wars “at large.” 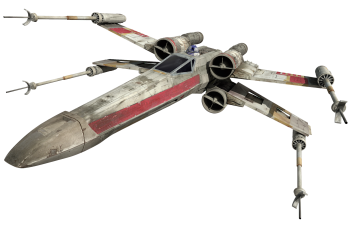 Sabre vs X-wing: which fighter will win this crossover battle? …
Fact: We see Vader’s helmet for the first time in A …