The long gestating film, Morbius, is here. Well, the trailer is here. So after a long delay in release, and filming, we finally get our first look at Jared Leto in the character of Michael Morbius.

Venom was a runaway hit for the Sony division working with Marvel on films. Sony is banking on creating their own universe for the Spider-Man, right? Well this trailer definitely feels a lot like the Venom trailer did. Follow the character, meet who they are, find out how they become super, and then tease showing them at the end. Add some “whoosh”, deep bass noises, rinse and repeat. From that standpoint, it’s not anything special in the art of trailers.

Morbius looks like a film that can be as successful as Venom. What confuses me the most is about which “Universe” it belongs in. If you re-watch the trailer, there’s a picture of the Sam Raimi/Tobey Maguire era Spider-Man with “Murderer” written across it. Also included at the end of the trailer is a short view at Michael Keaton. His demeanor and voice sound eerily similar to his character of Vulture from Spider-Man: Homecoming. So Sony is sending mixed signals as to which universe, if any, this fits into.

Morbius can be a cool, anti-hero, in the same vein as Venom, but it needs to differentiate itself from that film. Otherwise, it’ll just be a cookie-cutter comic book entry that sinks into the background. With a cast including: Jared Leto, Matt Smith, Tyrese Gibson, and Michael Keaton, it’ll be hard to go wrong.

Morbius Can Be Great

This film can be one that furthers the envelope for comic book films. It won’t get critical awards acclaim like Joker, but it can be a fun film that creates a character that we all can root for and cheer when he does badass things. It can also be just a carbon copy of Venom and other characters in the Sony universe like that. So I’d say a lot is riding on this movie for the studio. Their entire Spider-Man universe that they want to create rests on this film. So let’s hope it’s a good one. Maybe another trailer or two will help illuminate all of us into what the film is trying to accomplish. Morbius releases on July 31st, 2020.

For more on Morbius, Spider-Man, Marvel Comics, or any other general pop culture, make sure to check back to That Hashtag Show. 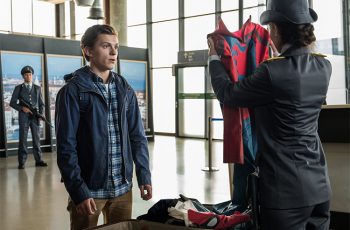 Rumors have surfaced that Spider-Man: Far From Home's mid-credits scene … 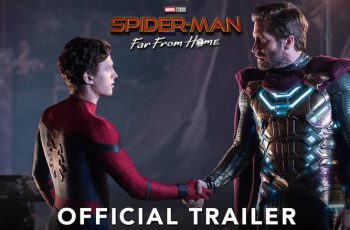