The first full length trailer for Maverick dropped and so did my jaw. Hollywood loves its remakes, reboots and sequels, but some movies should just be left alone. Did we really need a sequel to the 80’s hit Top Gun? If this trailer indicates anything – Hell yeah we did! Check it out below:

God Damn it, Maverick!….That is one hell of a trailer! Forget the Top Gun attachment for a second, this trailer should get anyone going. The action looks amazing. The story looks good and it teases some twists and emotions that look to hit as hard as a bunker buster.

Maverick trailer: This IS Top Gun!

All that aside this movie is a sequel to the 80’s classic that helped launch Tom Cruise into heart throb stardom that would last even til today. The trademark shots are all there. While retired from service, we see Maverick look longingly up at an F-14 Tomcat. He tears down the open road on his trademark motorcycle, and of course there is the beach scene of volleyball/football made for the women to swoon.

While the fighters are now F-18 Hornets instead of the old Tomcats, the flying looks out of this world, and it looks to put the original to shame. If you have been to an airshow, you know how nimble these Hornets are. If you have never seen a Hornet maneuver, you will be in for a real treat!

Maverick Trailer: Talk to Me Goose!

Maverick returns to Top Gun to train an new wave of pilots. We do not know who is who yet except if you watch closely, Goose is back! Okay maybe not. That was Miles Teller, portraying Goose’s son. I guess he never really put that Starscream down his father gave him back in the original. Sporting the same mustache as Anthony Edwards, Teller gives the spitting image of Goose.

Kelly McGillis failed to return for the sequel, but from the trailer it looks as if Jennifer Connelly will step up as Pete Mitchell’s new flame. I love what Connelly has done with recent roles and look forward to what she will add to the power of this movie.

I Feel the Need; The Need For Speed!

Let us not forget the biggest star of the Maverick trailer – the US Navy. The Navy saw a huge boost in recruiting after the original Top Gun came out. The cinematography back then was top notch and seeing the way those Tomcats moved was incredible.

Now we switch to the smaller, faster, more maneuverable F-18s and with today’s tech the aerial battles look to be x1000 times more intense. Hell that shot alone of Maverick ripping between the other pilot’s planes was incredible. OF course we also saw the trademark “Hit the brakes and they’ll fly right by us” maneuver.

Add in Tom Cruise as a pilot because you can see he is actually in these Hornets for most of those shots, and the realism should be unreal! Of course there is a funeral as well, so expect tears to roll and jaws to drop. This is a 2020 must see! 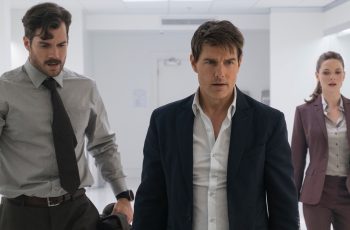 It seems that the highly successful Mission Impossible series has … 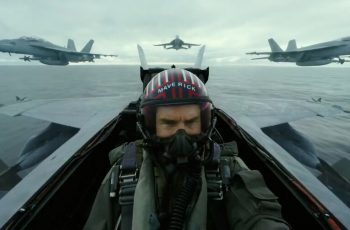 The Tom Cruise venture. Top Gun: Maverick is the newest …