Aquaman is a movie that lives up to the hype.  Engaging characters and a spectacular back drop have put Warner Bros and DC back in the race to win the hearts, and dollars, of superhero fans.

Ever since the end of Christopher Nolan’s The Dark Knight Trilogy, Warner and DC have struggled to please both fans and general audiences with their superhero films.  Wonder Woman was a huge critical and financial hit.  But fans were wary of new DC films after the lackluster performance of Justice League.

Jason Mamoa plays Arthur Curry aka Aquaman.  Arthur is the son of lighthouse keeper Thomas Curry, played by Star Wars’ Temuera Morrison, and Atlanna the Queen of Atlantis, played by Nicole Kidman.  Arthur has rejected his royal lineage and sides with the surface world.  Mera, played by Amber Heard, is ocean royalty that must convince him to voyage under the sea.  Only he can claim the throne of Atlantis to stop a war between the undersea and surface worlds.

Aquaman is a refreshing adventure that delights in its amazing visuals and action-packed fight sequences.  The characters zoom incredibly across the screen, but don’t become lost in a jumble of CGI and fast cuts.  And while Aquaman has many funny moments, it uses them more sparingly than other superhero films.  Good character development and fast paced action keep the audience engaged.  The love story of Thomas and Atlanna, shown at the beginning, could be its own movie.

Mamoa plays Arthur with a dry wit.  And like the audience, he is skeptical of the coming journey.  When he finally sees Atlantis, he is as overwhelmed as the audience by its splendor.  Arthur and Mera’s adventure to find a powerful artifact has a delightful tone that downplays the heavier topics of war.  The banter between them is reminiscent of Star Wars’ Han Solo and Princess Leia or Indiana Jones’ Indiana and Marion.

THE VILLAINS OF AQUAMAN

The film’s villains are also well developed.  They are not just mad men out to destroy the world.  Black Manta, played by Yahya Abdul-Mateen II, is an intelligent sea pirate who deeply cares about his father.  Arthur’s half-brother and rival Orm, played by Patrick Wilson, is ambitious but not merciless.  He wants to strike out at the surface world for destroying the oceans and hurting his people.  Both Arthur and Orm share a strong love of their mother but blame the other one’s world for killing her.

THE FUTURE OF THE DC CINEMATIC UNIVERSE

With the addition of Aquaman, Warner Bros and DC now have a proven track record that they can make superhero movies that audiences want.  Future projects like Wonder Woman 1984, Shazam!, and Birds of Prey can be looked forward to with anticipation.  It will interesting to see what Warner Bros rolls out in the next few years. 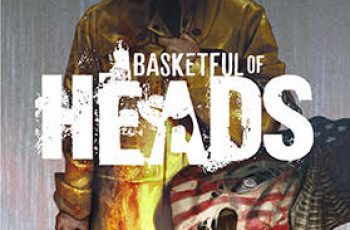