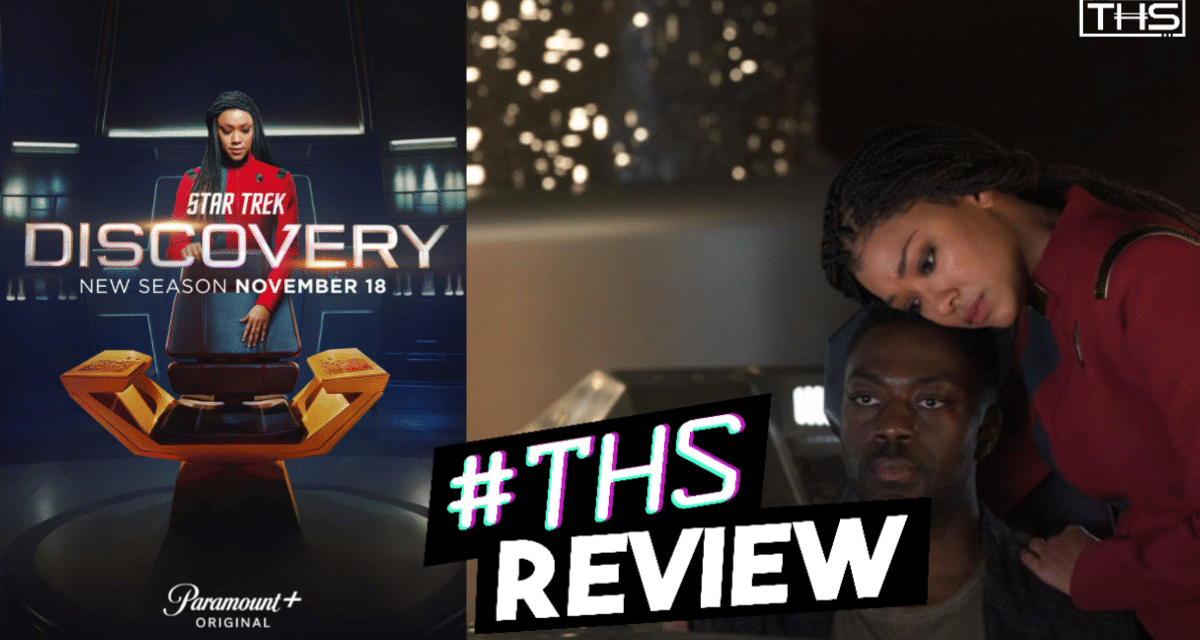 After the massive season premiere of Star Trek Discovery, the second episode keeps the kid gloves off and hits you hard in your warp core!

STAR TREK DISCOVERY SPOILERS AHEAD – You have been warned!

A Tale of Two Captians

With Su’Kal encouraging Saru to rejoin Starfleet, our favorite Kelpien comes back to Discovery. First, he addresses the issue at hand with the destruction of Kwejian. Saru is offered the captain’s chair on another ship but chooses to also go back to Discovery. Helping Saru in this decision is her recalling how Phillipa believed that another set of eyes would be useful. Especially at this point with Discovery being the only ship to have come close to the disaster. Offering his services as the XO of the ship, Saru chooses to drop his Rank of Captian while on the bridge with Captian Burnham and go by Mr. Saru.

The Round Table of the Future

Back at Starfleet command, Stamets and Tilly go over all the data that Discovery has collected thus far – the Interstellar mass is over 5 light-years across. While the other Captians clamor for answers, Michael says they still need more data. The President of Ni’Var offers the help of their Science institute. Even though they aren’t a federation planet, this crisis is too big to not share resources.

After a shipwide speech and Spore drive jump, the crew comes face to face with the massive anomaly. The only viable plan to get any data from inside is to send in a ship, Books ship, so gather data. He is ready and willing to go, but Michael and Saru are skeptical as to his mental well-being after the trauma he’s been thru.

Stamets joins Book in Holo form on his ship as a precaution. We can’t have the only 2 people in existence able to operate the Spore drive go missing, or worse. As always, his social awkwardness gets the better of him as the 2 embark into the unknown.

Book has been trying to deal with his grief by staying locked inside his ship and going over every detail on that horrible day. The guilt is absolutely eating him alive. But as they lose navigation, and the tether that helps them on to discovery, he starts having hallucinations of the debris looking like the birds falling out of the sky. As well as visions of his nephew Leto.

Michael, not knowing how to get thru to him, opens up a private channel. She then asks Book to trust her by letting him know that the whole ship has his back. Book survives and rides the wave out of the system. Here, he is finally able to admit to his partner that he wasn’t ready for that mission breaking down and feeling his grief. Stamets gushes over Book about his feeling of incompetence over not being able to help save his family. He thanks Book for all that he has done and vows to take the data and use it to give him answers as to why his planet is gone.

Greif has Many Faces

However, Book wasn’t the only one facing their own emotions. Tilly has also been off since the last mission dealing with the idea of the fleetingness of life. She talked with Saru and after his sage advice, she goes to the Doctor to set up “talks”. Adira is also dealing with their own stuff as their partner Grey is going to get a new body. Adira doesn’t know how to understand the mix of Joy and Jealously.

Eye of the “Storm”

Tilly has started going over the data and reports to Mr. Saru that there is no way to track or even calculate the anomaly’s trajectory because it turned on its own. The final shot panned out from Discovery out at least 5 light-years away to show a huge “EYE” in space made of some type of distortion.

This episode is heavy! Yes, we have action, but it is dwarfed by the emotional weight the crew is holding onto. All around, the cast does a phenomenal job; each showing a different facet of dealing with one’s emotions. Especially, with the world still in these uncertain times. Star Trek Discovery uses its unique lens to show us what’s going on around us, even if we don’t see it

As far as callbacks, we do get 2 from TNG/Picard by referencing the new body that Picard will have in season 2 from the Soong method. We also heard Soujerner. This used to be a class of ship, but now it is the name of the new ship that was to be led by Saru. This may mean that all the previous ship classes will now be legacy titles for future ships, but that’s just me speculating.

Hats off to David Ajala for his amazing acting this episode. He is usually smooth and suave in most roles, but to see the raw emotion finally makes me have a connection with him since last season. I love how this show prides itself on showing off its actor’s chops as much as it can.

Did we miss any Easter eggs or nods to previous Star Trek shows? Let us know in the comments below. While you’re at it head on over to our That Hashtag Show Facebook Page for more recaps/reviews! 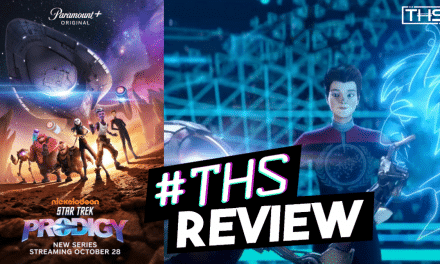 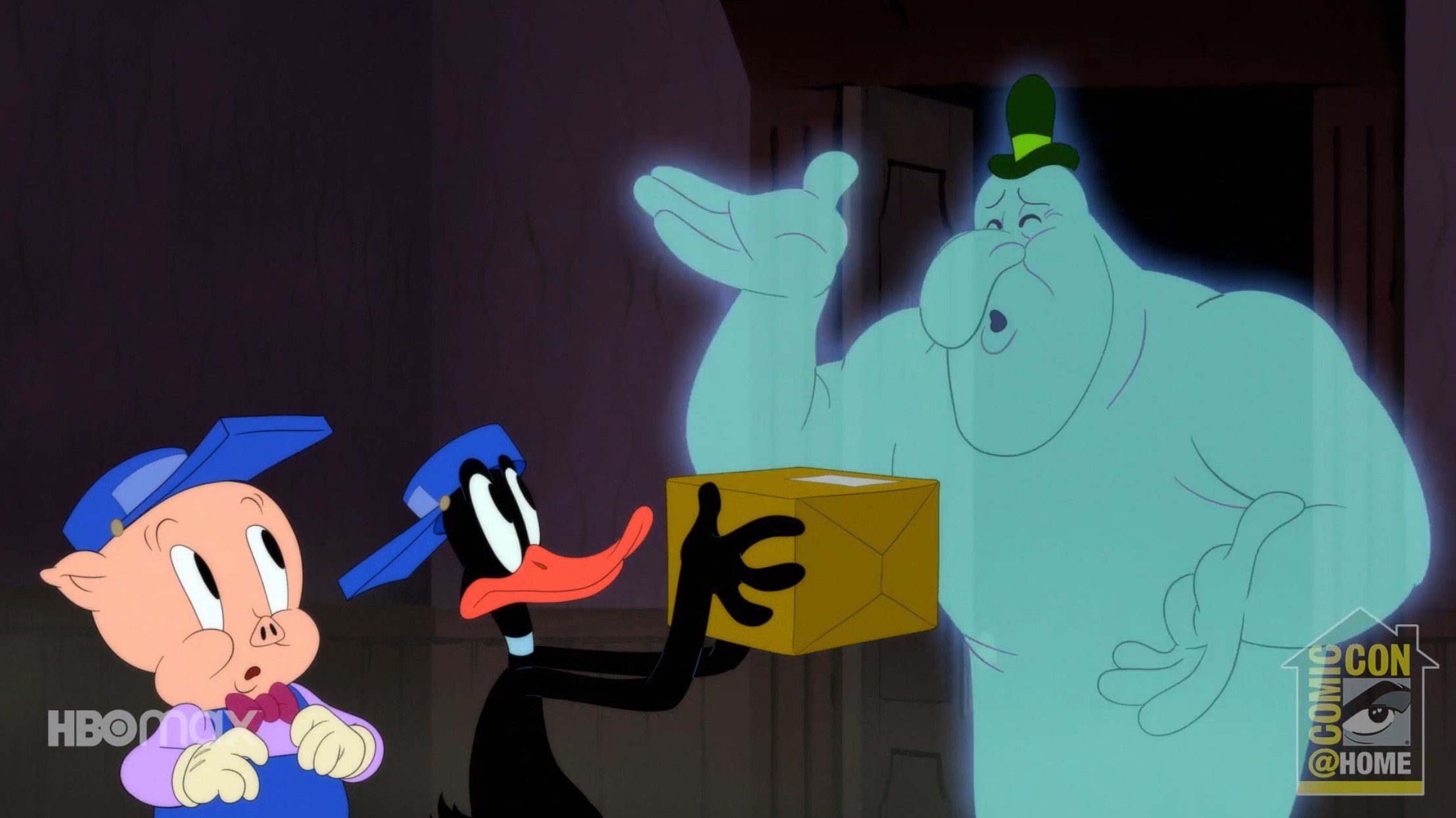 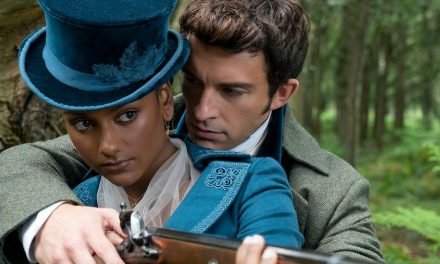