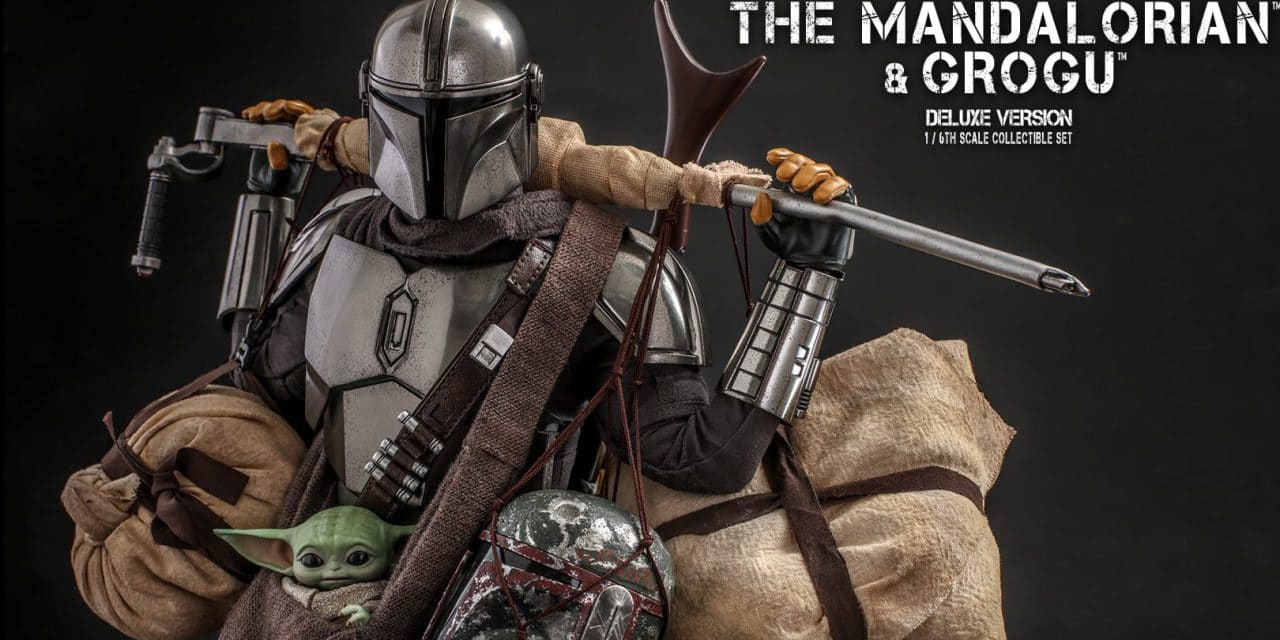 If you are a collector of Star Wars Hot Toys figures you know to expect more than one variant of a popular character. From Boba Fett to Darth Vader some fans can’t get enough. If you are one of those fans or looking to buy your first Hot Toys figure then you will love the latest release heading our way. This morning Hot Toys revealed their new The Mandalorian & Grogu 1/6th scale deluxe set. This amazing set will not only include Din Djarian and Grogu, but It will also come with many accessories like Boba Fett’s helmet and Jet Pack, the Darksaber, a Beskar spear, and more. The Mandalorian & Grogu deluxe set will retail for $375 and is available now to pre-order at Sideshow.com. Here are the official details from Hot Toys.

The Mandalorian and Grogu (Deluxe Version)

“Alright, pal. It’s time to go. Don’t be afraid.” The Mandalorian, known to a few as Din Djarin, is a battle-worn bounty hunter, making his way through a dangerous galaxy in an uncertain age. After meeting the mysterious alien foundling, Din took the young Grogu in his care and was quested to reunite him with its own kind through a series of adventures and dangerous missions.

Sideshow and Hot Toy is delighted to expand The Mandalorian series and officially introduce a special Deluxe Version of The Mandalorian and Grogu Sixth Scale Collectible Set!

The Mandalorian Comes With A lot Of Accessories

Meticulously crafted based on his latest appearance in the live-action series, the Mandalorian sixth scale figure features a newly developed head sculpt with astonishing likeness, chrome-plated beskar helmet and armor pieces, finely tailored outfit, an attachable jetpack, Mando’s iconic rifle and blaster, a selection of weapon firing effects, a darksaber, a beskar spear, and a display base! Furthermore, this collectible set specially features a standing Grogu and a pouch for Mandalorian to carry the youngling.

For this Deluxe Version, it exclusively includes the Boba Fett helmet, jetpack, and baggage Mandalorian had retrieved and forced to carry with the broken Swoop Bike part after the vehicle was sabotaged! Commemorate the memorable moments of the Mandalorian and Grogu with this extraordinary collectible set!

We Want To Hear from You

What are your thoughts on The Mandalorian & Grogu deluxe set from Hot Toys? Is this a must-have for your collection? Also, what other sixth-scale figures are you hoping to see released this year? Well, That Hashtag Show wants to hear from you!

Franklin Supersize Figure Is A Must-have For Any Peanuts Fan 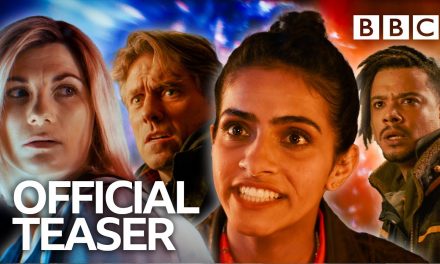