Card Game Fans: Welcome to the World of AracKhan! 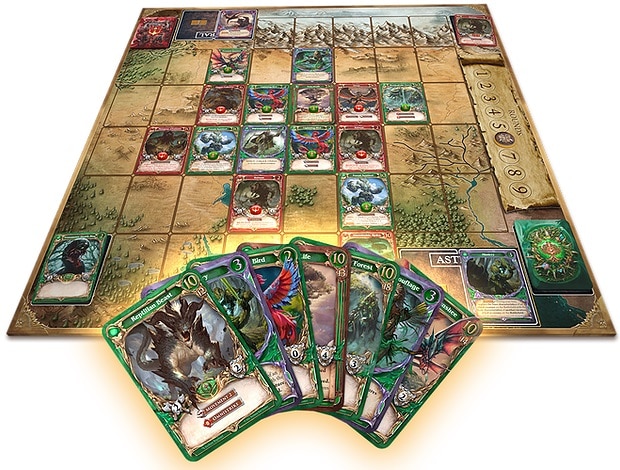 There are many reasons people play games. Some like the distraction. Some like the challenges, yet others like to escape from reality into a whole new realm. If you are one of the latter and love a game where you can not only play the game but experience a new realm full of possibilities and endless stories, a new realm may be launching on Kickstarter. From Nothing But Games in France comes a new realm of stories and gaming. AracKhan Wars creates a whole new world of story telling and launches a brand new card game, starting June 8 on Kickstarter.

The world of AracKhan started out as a vision, a story of a new mythical realm that evolved into much more. Here is what creator Bob Palmer says about the young world:

With the AracKhan project we aim to establish our own IP based on the fantasy world of
AracKhan. AracKhan was created by author and composer LP Henz. From this fantasy world we have
developed a story arc that spans centuries. These eras are punctuated by a specific storyline as well
as games that use this timeframe as a reference and backdrop.
We want people to have a full and deep experience when they immerse themselves in AracKhan,
escapism is the key. This is why every facet of this world will be fleshed out in story and game format.
We are a team of 5, with complementary skill sets ranging from storytelling and music to graphic
design and game design.
We have been working on this project for over a decade, we have 2 divisions:
-Nothing But Dreams, that specializes in storytelling, music and audio.
-Nothing But Games, that works on the games of the franchise.
AracKhan Wars is the first game of the franchise.

As for the world itself:

AracKhan is a Fantasy world, set in a medieval time. The Tree of Life has created all the races that
populate the land. There are 4 main known sentient races: the Nakka, first born of the Tree of Life
who live in the dense jungles and forests of the west, the Trolls that live all over the territory who are
diverse in shapes, sizes and skills, the Tamadolians who live in the desert and are indifferent to their
creator and finally the Humans that were created last.
The world of AracKhan is fractured in 7 Provinces. Humans and Trolls can be found in all 7.
In AracKhan Wars the Humans are starting to take over the whole center of AracKhan with the rise of
the militaristic Grey Order.

AracKhan Wars is a tactical card game different than most. While this is a competitive card game, the goal is not to wipe out your opponent’s life points or necessarily wipe out their forces. In AracKhan wars you select one of four deck, each plays differently than the others. You and your opponent play cards consisting of creatures, locations and spells. Each card goes onto the battlefield and must touch another card already in play. Through different attacks and effects players boost attacks and defenses to control the board. How do you win? After 9 rounds, whoever controls the most points on the board is the winner. In many ways this card game closely resembles a game like Othello.

Balance: Balance in AracKhan Wars is paramount. This is why we have carefully crafted our system
of card values. Each card has a value that is used for deck construction (a deck of cards cannot
exceed 125 points) and it determines the score at the end of the 9th Round. It is at this moment that
players will add up the points of the remaining cards of their faction to determine the winner.

Here is an example of a playthrough:

World of Arackhan – The Larger World

Not only will the card game launch this month on Kickstarter, but the creators plan to launch a series of audio books and stories to flush out the world of AracKhan, giving it the depth of a Warcraft or D&D.

The whole project is infused with story and lore. The story of AracKhan started everything. Written
by composer LP Henz, the first trilogy is available in a special audio format called OdioFilm. Musical
composition and audio engineering are at the core of our skills as a creative studio. The OdioFilm is a
highly immersive format incorporating professional voice actors for the dialogue and narration, an
original orchestral score, sound FX, everything being given a 3D Binaural mix.

The tone of this story is ideal for all ages to discover the world of AracKhan. The first trilogy of the
saga called the Blue Series is available in French on our store, on the major audio platforms and the
Sybel audio streaming platform where it is a huge hit. The pitch for this first trilogy:

Troubled times have befallen AracKhan.
To the north, the snows are melting;
To the west, the trees are dying and little by little, the forest is engulfed by a foul swamp;
In the center, the soil, once so fertile and rich, has become dry and barren.
For the first time in the history of man, the Tree of Life is losing its sacred leaves.
Nature seems to be sounding a cry of alarm that is ignored by everyone.
Everyone except Tim and Elias, two courageous young brothers.
Unbeknownst to them, the pair have been chosen by the Forbidden Book,
An ancestral text containing thousands of years of knowledge that has been forgotten in the mists of
time.
Certain ill-intentioned souls have done their best to erase the book from common memory for
amongst its pages lies a dark secretâ€¦
A secret that surpasses the limits of the mortal world,
A secret pertaining to forces of which only a few people know the existence, a secret capable of changing the world foreverâ€¦
Welcome to AracKhan!

If you are lucky enough to know French, you can buy the story now from Arackhan.com. Those of us that only understand English need to wait a bit longer. Talk with Bob Palmer, he assured me recording of the English version is well underway as we speak. AS for the AracKhan Wars card game, it launched on Kickstarter on June 8th. It runs until June 30th, so check it out now before it’s too late. I look forward to reviewing the game when I get my hands on it in February 2022. 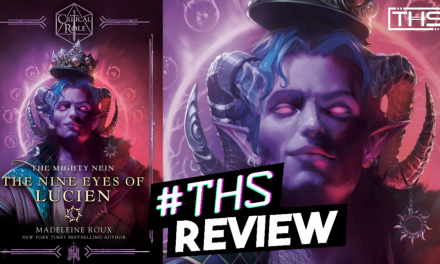 Critical Role: The Mighty Nein â€“ The Nine Eyes of Lucien Is A Masterclass In Telling The Villain Story the Right Way [REVIEW] 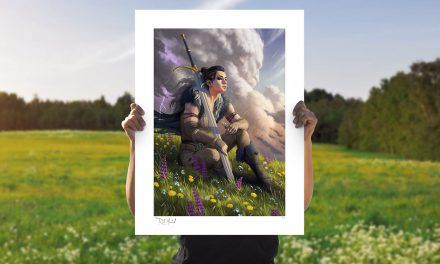 MTG: Want To Win In Historic? Kethis Has Your Answers