Beast Within is an awkwardly put together attempt at horror. I’ll stick to the original Werewolf party game to fulfill my “werewolf whodunit” needs.

No major spoilers in this review, but you can still jump down to the spoiler-free Bottom Line for the highlights.

Let’s start with what works for Beast Within – namely, the idea behind it. The concept has a lot of potential to be fun and interesting. Most of us are familiar with the party game Werewolf (or one of its variations) so using that as the backdrop for a real werewolf story brings a fresh take to the “monster attack” horror subgenre. Unfortunately, it’s a premise that lends itself more easily to comedic horror than serious scares. (But I’ll get more into how this should have been a horror comedy later.)

The plot straddles the line between horror and mystery whodunit as the partygoers try to find the werewolf among them. Again, I like how the film parallels the game plot it draws inspiration from.

I can’t say much for the acting in this film – which ranges from average to poor – with one notable exception. Can anyone tell me why Orphan Black’s legitimately talented Ari Millen is in this movie? He’s the only one who managed to make me interested and invested in his character.

I do have to commend Beast Within for its werewolf, though. I’ve seen plenty of poorly-constructed movie monsters and cringey CGI creatures in my time. Beast Within uses some pretty solid practical effects to craft its werewolf. It’s not the best I’ve seen, but it’s good.

But overall, Beast Within is a clunky, awkward film. On top of the iffy acting, the editing leaves a lot to be desired. And the plot? Let’s just say I have questions.

(Why does Beast Within bother including a video game plot, if the cards from the original game are what the werewolf uses to mark its victims? Am I supposed to understand the relationship between August and Cheyenne? Why did the werewolf gouge out a woman’s eyes but leave her alive, only to kill her later without hesitation? And why does that panic room have two entrances? Doesn’t that defeat the purpose?!)

Possibly the strangest choice is the film’s score, a sort of R&B backing track that plays during key moments of the movie. Tonally, it’s completely opposite what you’d expect from a horror movie. (And not in a unique, subversive way either.) Instead, it confuses the tone of the film and distracts from the horror on screen.

Sound and editing really make a horror movie. (If you don’t believe me, watch one of those horror-movie-as-romantic-comedy edits on YouTube.) When watching the werewolf chase people down through the woods to the sounds of R&B Club Track #3, I don’t feel scared. I feel like I’m waiting for the werewolf to crack a joke and then start moonwalking.

Which brings me to my main complaint: WHY wasn’t Beast Within created as a horror comedy? The premise of the Werewolf game-turned-reality easily lends itself to horror hijinks and goofy scares. The unique backing track created for the film would have worked (and improved!) the film if used for comedic effect. Plus, making Beast Within intentionally comedic would make its weaker elements (acting and editing) an asset. In short, I see this movie as a major missed opportunity.

Beast Within: The Bottom Line

Beast Within has a fun premise and a solid monster, but makes some strange editing choices which dilute the actual horror. It’s often hard to tell the movie really wants to scare you. With a few adjustments it could have been a solid horror comedy, but in terms of straight-up scares Beast Within falls flat.

For more updates on all things horror – whether good or bad – check back to THS for Fright-A-Thon. 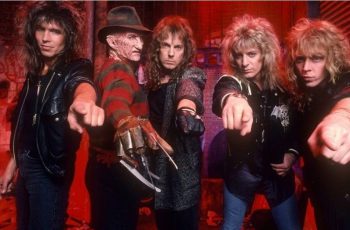 By the time A Nightmare on Elm Street 3: Dream … 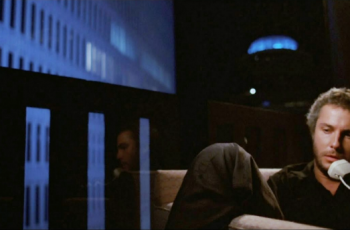 I’ll just start off with this. Michael Mann’s Manhunter is …