Thin Lizzy and Wishbone Ash might have been the first to use the twin-guitar attack, but Judas Priest was the one that solidified it in the heavy metal sphere. K.K. Downing and Glenn Tipton were and still are probably the best twin guitarists for any band. It was set to be the 50th anniversary celebration for Judas Priest this year. To make up for those shows being postponed, it’s high time for Judas Priest-A-Thon. The brother to the album by album reviews, Iron Maiden-A-Thon and the cousin to our series of Rush album reviews. You’re going to be getting a Judas Priest album review, every business day, until we’re all through.

Judas Priest would have a heavy weight to reproduce after creating one of the landmark albums of heavy metal. Sad Wings of Destiny turned the genre on it’s head. The studs and leather still were a couple years away, but they had found that sound. Their sound would evolve even more on their following effort, Sin After Sin. Armed with a new recording contract, some actual cash to record the album and eat, Judas Priest went back in the tank.

Background on Sin After Sin

Sad Wings of Destiny caught the attention of CBS Records. The signed with CBS and got a £60,000 budget for the recording. The only thing that was left was actually sitting down and putting tracks on. Following Sad Wings of Destiny they needed a catchy title for an album. Luckily, someone had the bright idea of taking inspiration from one of their previous tracks. “Genocide” gave them the name for the new album from the lyric “sin after sin”. Sin After Sin was recorded in January of 1977. Production took place at the Pinewood Studios in London. Deep Purple bassist Roger Glover would serve as producer.

The band wouldn’t avoid some turmoil while recording though. All along, they wanted to produce the album themselves after the shitshow of recording Rocka Rolla. They fired Glover after one day, and went on with the show. After multiple weeks of subpar recordings, they relented and asked Glover back. They only had six days left of time in the studio. They also drummer Alan Moore and replaced him with session musician Simon Phillips. Sin After Sin released worldwide April 8th, 1977. Let’s get on with the review.

Judas Priest at least knew exactly how to start their albums. “Sinner” is one of the most classic Priest songs, and it starts this album perfectly. Some distortion quickly fades into the chugging riff that is the centerpiece of the whole album. K.K. Downing and Glenn Tipton trade off solos and licks the entire song while Rob Halford belts out the lyrics.

The song itself tells a highly stylized story about war, famine, sinning. It tries to break the idea that “sin” is a bad thing. It’s basically the opposite viewpoint of the Church of Christianity. “Sacrifice to vice or die by the hand of the sinner”, is probably my favorite line that Judas Priest has ever written. It’s not meant to tell people to go out and commit crimes and all that, but we could all use a little more vice and fun in our lives. It culminates in a blistering solo by K.K. Downing. The song is a classic and a staple of Judas Priest live shows.

This was a song that Judas Priest wanted to include on their previous two albums. They recorded it for Rocka Rolla but it didn’t make the final cut. Surprisingly a cover would be their first song to gain radio airplay. Originally written by Joan Baez, Judas Priest made this one their own. They provided an outlet for an already classic song, and made it apart of the metal lexicon. Apparently Joan Baez was even impressed by their cover of it.

If you’re wondering what the song is about, I think with covers, a band can take what the original author wrote and make it their own. So while Joan Baez’s version might be about Bob Dylan, but the Priest’s version is about love lost. You might have those memories of a love that burned brighter than anything and then was extinguished. This song has it all and then some. It’s a great tune to hear them play live or just jamming out to the studio track.

A song that is criminally underrated in the Priest catalog. They didn’t play this one live for many years up until their Epitaph World Tour. It’s a song that continues the power of the previous two songs. It’s got a sort of spacey vibe to it, but not in the way of “Dreamer Deceiver”. This space character is like a space cowboy or heartthrob going throughout space stealing hearts. It’s a strange concept for the band that wouldn’t make it past this album. I’ll get to their radical tonal shift in music later though.

“Starbreaker” is one of the most fun songs to see them play live because of the crowd interaction. Having the crowd chant along “Starrrrrrrbreaker!” with Rob Halford is priceless. This Starbreaker only comes once a lifetime and his arrival could mean anything according to the song. This is one that you probably shouldn’t look too deep into, because it’s just a kick-ass song. You can scream along with it while snapping your neck headbanging instead.

A Judas Priest ballad, but without the heavyness of “Dreamer Deceiver” or the forthcoming “Beyond the Realms of Death”. It’s a song that sticks out like a sore thumb on this release. As much as 70’s only Judas Priest fans might be out there, this song isn’t Judas Priest to me. It’s a relic of the time period where they needed to include a song like this.

The song overall is preachy about the ending of summer and what that means symbolically and lyrically. I’m not a big fan of this one and how long it is. It overstays it’s welcome and I don’t listen to this one too often. I’d say it’s worth just skipping over.

5. Let Us Pray/Call For The Priest

Some tracklistings for Sin After Sin are messed up and incorrectly list the next two songs. To clear that up, the official list is the one represented in this article.

Starting off slow and with a cheery riff and an almost spoken word by Rob Halford. The song kicks into high gear. It’s a song that I can’t find much officially about what it’s trying to say. But I would consider this to be among the first speed metal songs. From a quick look at the lyrics, it’s a song against oppression and persecution. Tell all your haters and critics to kiss your ass and keep going with your life. It’s an empowering song for anyone who needs the message. If someone is bringing you down, just crank this one and tell them who’s the boss.

Now we get to the first time Rob Halford signaled to the world that he was gay. It took many more years for him to come out in public but “Raw Deal” is very much a gay rights heavy metal anthem. And that’s awesome.

It’s a song that starts off a bit slow with a bluesy opening riff that transforms into a night of debauchery and intrigue. I can’t say much else about the song because it’s up to your interpretation of what goes on in the lyrics. It’s not a Judas Priest classic by any means, it’s sort of generic sounding when you look at it compared to the rest of their catalog. That doesn’t take away from the message of the song though, and it’s impact among the gay community.

A song that starts off, and you might think “oh here we go again, we’ve got another damn ballad”. Then you get into the heart of the song. A song about heartbreak, loneliness, and insecurity. It builds and builds but not in a “Victim of Changes” way. It builds to a crescendo but you barely pass through it and then you’re left with an explosion sound. As a listener, you’re fairly disoriented by this because a ballad normally doesn’t end like that. A sort of twinkle sound is all that’s left from the explosion of emotion. The opening notes of the next song begin….

If you needed an ear check after Rob Halford’s first note on this song, you’re not alone. What I’m going to consider the “heaviest song recorded” at the time of it’s release in 1977, it’s obviously been upended many times after that. “Dissident Aggressor” must’ve been a trip and a half to listen to back in 77′. The screams that Rob Halford lays down in this song are legendary and almost unrepeatable.

The lyrics describe what I think might be the Berlin Wall and someone trying to escape communist Germany and get to the other side. They’re brainwashed on that side to not question the wall, you aren’t supposed to escape, but they’re going to. It’s one of the first major heavy metal songs with double bass pedal and unless you think Black Sabbath has the heaviest recordings at the time, I’m going to give it to this one. A fantastic song.

Score and Legacy of Sin After Sin

Sin After Sin is an admirable follow-up to Sad Wings of Destiny. Where that album had classic after classic Judas Priest song on it, this one is a bit more subdued. You have classics like “Sinner” and “Diamonds and Rust” combined with underrated gems like “Starbreaker”, “Dissident Aggressor”, and “Call For The Priest”. The album doesn’t quite get to that peak that they set for themselves though. Sin After Sin just barely goes under that album’s perfect score. So I’m going to give it a 9/10 because some of the tracks on this album are more generic sounding and in the case of “Last Rose of Summer” aren’t even Judas Priest songs in my mind.

Judas Priest would get their first commercial hit on the charts with Sin After Sin. It didn’t do well in America at all until much later, but it continued their streak of eleven straight gold albums. They would get some new looks after this album, including a new logo. The gothic style logo was generic and didn’t accurately fit what the band would turn into. So that’s a welcome change. The band did make their first trip to the US on tour with R.E.O. Speedwagon and Foreigner for this album.

Conclusion to Sin After Sin

Sin After Sin continued the evolution of heavy metal for Judas Priest and the rest of the world. It’s use of double bass drum was innovative and set the standard for the genre after it. On tour they replaced session drummer Simon Phillips with Les Binks, who would remain their drummer for their next two albums. The album was a launching point for Judas Priest into the rest of the world.

Check back tomorrow for the follow-up to Sin After Sin, Stained Class. An album that is near and dear to many Priest fans.

For more on Judas Priest, heavy metal, or any other general pop culture, check back to That Hashtag Show. 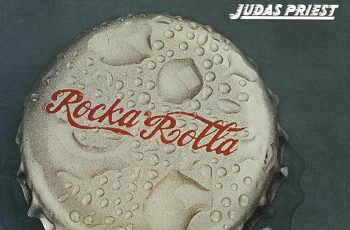 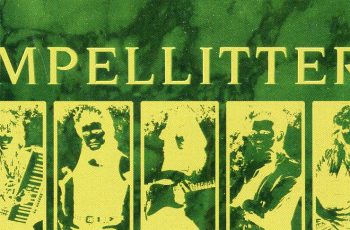