For Thin Lizzy fans it was a dream come true. More music with the legendary duo of Phil Lynott and Gary Moore would always be a good thing. Gary Moore at the time of recording the album in 1985 was in the midst of a section of his career that took a more hard rock/heavy metal spin. The normally eclectic player dipped into various genres later in his career. The previous albums, Corridors Of Power, Dirty Fingers, and Victims Of The Future, were all leading up to the recording of Run For Cover. Some can say that this album was a more commercial sound, which is somewhat true. I believe it’s the absolute highlight of this period of Gary Moore’s career.

Some of the songs on Run For Cover follow the Thin Lizzy track of hard rock/early heavy metal. Others are more like the later, softer, more tender songs that Gary Moore recorded following this album. It’s an intersection of the two paths his career could have gone during this time. When you add in the thundering bass, smooth vocals, and awesome presence of Phil Lynott, you get a smash hit.

Run For Cover was recorded in 1985 and released September 2nd, 1985. It would be one of the last things that Phil Lynott recorded before his untimely death in 1986. His death was a gut-punch to the rock and metal community that it still hasn’t really recovered from. Thin Lizzy is one of the biggest influences on a multitude of different rock and metal bands throughout history. Run For Cover isn’t a tribute to Lynott, but it can be seen as his swan song. Lynott wasn’t on every track though. Gary Moore and Glenn Hughes take up the mantle for singing on the other songs.

Highlights of Run For Cover

The two tracks that Lynott sings on or co-sings on are the highlights for me. The whole album is a damn good listen, but I came for the Lynott tracks and I’m staying for them also. “Out In The Fields” and “Military Man” are the two songs with Lynott either lead singing or co-leading on.

“Out In The Fields” is a hard rocking tune based on the conflict in Northern Ireland known as “The Troubles”. It’s the song on Run For Cover, along with “Military Man” that sounds the most like Thin Lizzy. It’s the highest charting song for either man. It went to #2 on the Irish charts and #5 on the UK charts. It’s a tour de force from both of these guys who were at their primes.

I really shouldn’t treat this album as a “Thin Lizzy” album, but these two songs are so good that I would count them towards it. Gary Moore slays every song on the record. Glenn Hughes on the tracks that Lynott doesn’t perform on, is also magnificent. The recording and music of this album has only gotten better as the years go on. It’s a shame that we lost Phil Lynott and Gary Moore before their times. The two of them were special, one-of-a-kind musicians. The song “Wild Frontier” on Gary Moore’s next album, Wild Frontier is dedicated to Lynott’s memory.

If you haven’t gotten around to listening to this or any of Moore or Thin Lizzy’s previous material, you owe it to yourself.

For more on Thin Lizzy, Gary Moore, rock music, heavy metal, or any other general pop culture, check back to That Hashtag Show. 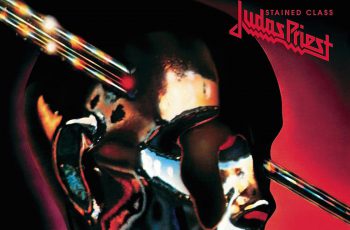 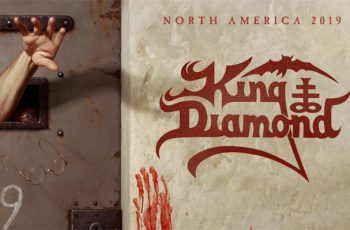 If you’ve never heard of the metal monarch, King Diamond, …