Despite all the talk about The Rise of Skywalker recently, Star Wars fans haven’t lost sight of the fact that the franchise’s immediate future resides on Disney+. First, The Clone Wars is set to drop its next episode tomorrow. And lately the Internet is awash with discussion of Rosario Dawson joining Season 2 The Mandalorian as Ahoska Tano. Not to be lost in the shuffle, however, is the upcoming Cassian Andor series. Well, that series just got a whole lot more interesting.

The name Neal Scanlon might not be a household one. Notwithstanding, if you’re a fan of the Lucasfim era Star Wars productions, you’ve seen plenty of his work. He’s a visual effects designer, and he worked on all of the live-action films. He’s also now working on the Cassian Andor series. So… he knows a thing or two about what’s happening in Star Wars. In a recent interview with MovieWeb, he revealed a little secret about the Star Wars spy thriller show.

A lot of the characters that we built for all of the films either didn’t make it to the final cut, because that’s just the way that the film process happens, or that they are seen so momentarily that there is this wonderful second opportunity to bring back some of the characters that we’ve made and bring them to this new storyline in a more, shall we say, integrated way. I think it’s going to be tremendous. I find that it’s a second opportunity for everything that we’ve made….”

We already know that Alan Tudyk will reprise his role as K-2SO alongside Diego Luna’s Andor. The question now turns to the characters that will return for the Cassian Andor series as well. While some fans may want to see Jyn Erso again (including Felicity Jones), that is unfortunately doubtful. Far more likely is the return of those in the Rebel Alliance, notably General Davits Draven.

Draven, if you recall, was Captain Andor’s commanding officer and in charge of Operation Fracture. (That was the code name for the mission to uncover Galen Erso’s role in creating the Death Star.) If the Cassian Andor series focusses on Luna’s character, expect Alistair Petrie’s Draven to play a large role.

Other possibilities include Mon Mothma, General Dadonna, or perhaps even Andor’s trusted sergeant Ruescott Melshi. Whoever appears, we’re looking forward to the dark, gritty telling of espionage in the galaxy far, far away.

The Cassian Andor series is expected to arrive in early 2021. 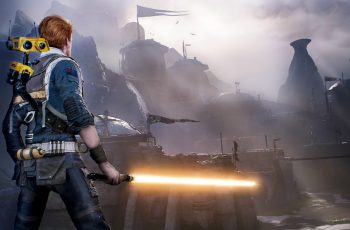 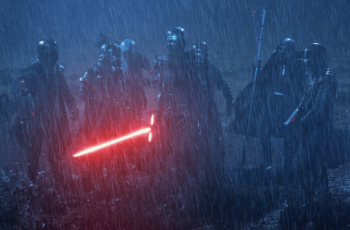 “Clouded by the Dark Side, they are”, Yoda might say. …