Signals would be Rush’s 9th studio album and follow-up to the monumental success of Moving Pictures only a year prior. It would go gold and platinum status in November 1982, only two months after release. The album would reach #10 on Billboard. It found greater success in the UK Albums Charts, reaching #3. Those numbers showed Rush could survive as prog-rock giants when prog-rock wasn’t cool anymore. They learned how to be themselves and still be commercial radio-friendly, and delight fans all at once.

“…with Signals, we wanted to get a more angular sound, where everything had its place and there was a little more perspective to all the instruments. The focus was not so much on the guitar being ‘here’ and the drums being ‘there.’ It was a little more spread out in different percentages. So that took a bit of experimenting, which in turn meant more time in the studio.”

Geddy Lee would say that the whole Signals album is based on communication, and it wouldn’t be the last time this concept would be used. 1996’s Test for Echo would also center on a communication theme.

“It’s something that comes from maturity and having been through the whole techno side of things. We’ve played in these weird times and made all these big points that we’ve wanted to make. Now it seems there’s a bigger concern for communication, and that’s what Signals is all about.”

So let’s dig in and see what it was they are trying to communicate.

A synth-heavy example of 80’s Rush about the need of youth to fit in and the boxes we’re all supposed to neatly fit into. It was a radio hit that remained a staple of Rush’s live shows hereafter. In fact, the synthesizer would graduate from backing sound to main instrument on this whole album, and on Subdivisions, it really makes the whole tune.

The hook is catchy and the guitar work is solid, as usual. If you stop to listen closely, the lyrics hit heavy into the psychology of a teen’s need to have fun and damn the consequences of said fun. So like this song and conform, or be cast out. Your choice.

This song hearkens back to Rush’s rock beginnings and still brings in the sound of new wave 80’s in the chorus. The lyrics here are such a call back for every kid (back when they went outside) and daydreamed of a girl they had a crush on.

Peart first presented the lyrics of this upbeat prog-rock classic to the Lee aboard a boat down in the Carribbean, and it would go on to inspire a comic book character. The 2004 comic Common Grounds, written by Troy Hickman featured two characters, Digital Man and The Analog Kid, both based on songs from this album.

One of the last songs that all three band members would contribute on lyrics, Chemistry was written in parts by all of three of them. Lee and Lifeson wrote the concept and title, then presented a rough draft for The Professor to shine up.

Then the story goes that the music was written by each of them while apart from each other, making the title all the more ironic. They each took control of the part of the instrument they played. Lee would write the keyboard melody, Lifeson penned the guitar riffs, and Peart wrote the drum line. If ever there was an example of divine music chemistry, this trio is it.

The second half of the Common Grounds comic dynamic duo, Digital Man sports a moderate reggae beat and super-geeky lyrics. Despite all that, I just couldn’t get into this song. All of the beats are tight, and the hook is catchy, but it feels a little nonsensical to me.

This is one I wish they had just left instrumental. I’m likely in the minority on this tune, but I can see how Producer Terry Brown felt. He didn’t want to cut this track and it eventually led to a creative split with the long-time Rush collaborator. However, fans love it anyway!

The Weapon is part II of the four-part Fear song that plays out over four different albums. Its another synth-heavy rocker meshing with the sound of the early 80’s. This song, to me, sounds like it could be lifted both lyrically and musically right out of the TRON soundtrack.

As with all four parts of Fear, it’s better if you listen to them back to back. They make more sense together than alone. And you’ll have a hard time convincing me that it wasn’t done like this on purpose; a way to make one of their epic long-running-time tracks and still keep the album radio short-song friendly.

New World Man became the surprise hit single of the album. It climbed to #22 on the Billboard Hot 100 chart for three weeks after release, and remains their highest-charting U.S. single. That’s pretty dang slick for a song that was written and recorded in one day as a filler track to keep both sides of the cassette at the correct time length! It’s got a good hook, poignant flawed-hero lyrics, and gives the listener an urge to air-drum, air-bass, and air-guitar all at once.

This excellent track jumps all over the Rush repertoire. Quick-step drums, ballad-type lyrics that drag right out of Hemingway, hazy guitar effects and melodic keyboards galore. Oh, toss in a little electric violin for good measure.

It’s rare guests appear on a Rush track, but Ben Mink from FM wields his bow and builds this track a haunting background riff. Sadly, this stands as the only track Rush never performed live in concert. The lyrics paint a darker outlook than most Rush tunes, but it works here. I particularly love this one:

Get out there and chase those dreams people!

Yes! Rush and spaceships again! This time, however, the spaceship wasn’t fantasy. Rush went to Orlando in my home state of Florida to witness the launch of the Space Shuttle Columbia back in 1981. On a clear day, you could see the launch from across the state, easily over 100 miles away. The lyrics capture the experience down to the ground shaking at launch. It was a spectacle of my youth immortalized in this song, and I’ll never forget it.

Having witnessed several shuttle launches myself back when I lived there, this song evokes some of the best times I had as a kid visiting Cocoa Beach on the weekend of a launch, camping with my dad and uncle. The whole tune tickles the space nerd inside me and I love it. Bonus points for the actual audio backing track from the Columbia launch. God, I miss the U.S. space program!

I give Signals a 9 out of 10. It’s hard to beat early 80’s Rush. Signals is not Moving Pictures, but it’s a solid, rocking follow-up. Across all eight tracks, it’s modernized Rush but still has the rock essence fans know and love them for. If there was a complaint from me, it would be the lack of solos. I love hearing Lifeson shred a fretboard. Signals, however, keeps him more in the rhythm section than forefront. That’s what makes him such an awesome guitarist though; he still makes his presence known in texture rather than substance. One standout feature that shines through is the bass riffs. The are strong throughout, showing the world why Geddy Lee is ranked by Rolling Stone magazine in the top-10 bassists of all time.

Click the next page for the review of 1984’s Grace Under Pressure! 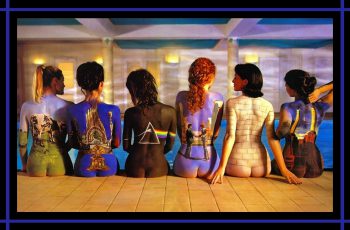 Follow along our journey of dream set lists! This time, … 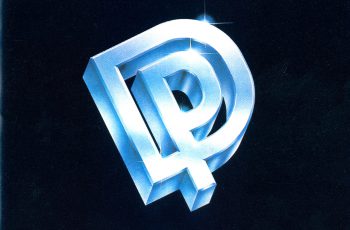