In a recent interview with BuzzfeedNews, Elizabeth Olsen opened up about WandaVision. The new-to-Disney+ series arrives in 2021 and will star Olsen Paul Bettany reprising their Avengers roles of Scarlet Witch and Vision, respectively. The actress assured that fans would love the new series.

Olsen expressed her excitement in her character Wanda Maximoff by stating:

“They probably know Scarlet Witch from the comics and all of her powers and strengths and fears. I really feel like WandaVision does a beautiful job for our fans to really get to see how Wanda becomes the Scarlet Witch,”

“We’ve never referred to her as ‘the Scarlet Witch’ on camera before. She’s always just been Wanda,” she said. “And this is that opportunity, and it’s a big character deep dive. It’s going to be really exciting and, I think, satisfying show for fans.”

As Elizabeth Olsen tells it, ‘WandaVision’ might be something that we have never seen before. She stated earlier this year that this series was Kevin Feige’s creation and own vision (no pun intended). The series should give us a lot more insight into the character as, thus far, we have yet to see a full ‘Scarlet Witch’ story line in the MCU. We’ve only gotten bits and pieces.

First, In Avengers: Age of Ultron, she served as a villain for half of the movie to later become an Avenger. secondly, in Captain America: Civil War, we still see her as a threat and don’t get to explore her character as much. Moving on to Avengers: Infinity war, her sole purpose was to keep the Vision alive. Sure, in the most recent MCU movie Avengers: Endgame she featured in the final battle… but we still don’t get to fully know ‘Scarlet Witch’ yet.

Likewise, we have yet to see a story that shows how Wanda Maximoff fits into our society. Also, it’s a huge opportunity to explore the true strength and abilities one of MCU’s most powerful Avengers. Finally, we have the long-awaited return of Paul Bettany as Vision. The Vision seemed to be no more since his confrontation with Thanos in Infinity War. Fans are excited to see Elizabeth Olsen and Paul Bettany return, and how the WandaVision series will bring back Vision one way or another. 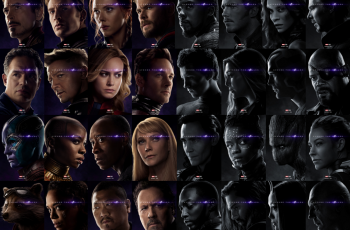 With one month to go before the release of the …