Well, I never thought this would happen, but: Wendy’s and Critical Role are teaming up for a one-shot. Yes, that is correct, and no, you’re not reading this wrong. Wendy’s did post a tweet about this as well:

So, this Thursday, in place of the normal Thursday episode of Critical Role, this Wendy’s sponsored one-shot is happening instead. CR cast member Sam Riegel is DM for the game, so hijinks could and probably will happen.

Joining his as his players will be: CR DM Matthew Mercer, and CR cast members Marisha Ray, and Liam O’Brien. Ify Nwadiwe will also be joining the table.

As for what to expect for this one-shot, there is not much info about it. The game system of choice has not yet been announced either, so this will be a surprise for everyone who will be watching.

Let us know what you think of this partnership in the comments or on Facebook. The partnership sure is a weird one, but it could be super interesting how they go about it. It’s an exciting but strange team-up. The pair should at the very least excite fans of Critical Role.

For more about tabletop gaming, Critical Role, or any other pop culture news, check back to That Hashtag Show.

DarkCoast and White Wolf Entertainment presents WORLD OF DARKNESS: the Documentary – coming to … 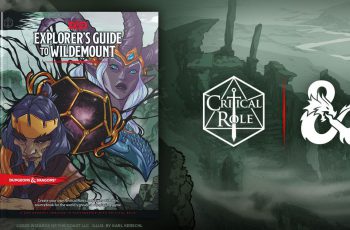 If you’re stuck inside with nothing to do right due …