Undoubtedly, just about anyone who has seen the Star Wars: The Rise of Skywalker trailer was surprised to hear Darth Vader breathing. Yes, Vader – or, at least his breathing – must be back. It is just probably not in the traditional way.

A little bit of understanding of the Star Wars canon explains how Rise of Skywalker director J.J. Abrams and his crew could split the difference.

As That Hashtag Show’s Greg Evans wrote, “If you are not a fan of the Darth Vader comics, you might want to become one soon.” The comic Darth Vader #22 says that Sith ghosts can use Sith artifacts to speak with the living. (And the comic is canon; recall that all Star Wars media is defined by owner Disney as canon.)

It seems likely that Vader will return, speaking with Kylo Ren through the helmet

(Or perhaps it’s Emperor Palpatine, as a theory has suggested.)

Even if it’s Palpatine (or someone else), the breathing could still take effect since the mask is an effectual filter between a voice and the world beyond it.

You gotta love the idea of Sith artifacts bringing back Sith of the past. It brings a supernatural level to Star Wars like as seen in Indiana Jones with the ark of the covenant. (Think about the end scene of Raiders of the Lost Ark. Not to say that melting and exploding heads are parallel to Sith of the past coming back to life in a way, but to say that the expression of a spiritual nature of artifacts is compelling.)

What do you think? How is the Sith Lord’s breathing making a comeback? Comment below.

Star Wars: The Rise of Skywalker hits theaters Dec. 20. Check out the trailer below.

We all know what irritates Darth Vader: Sand. (Can’t blame … 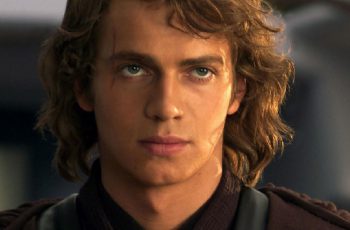