Now I’m just going to say narrowing down to my top 5 DC villains was kind of hard for me, since I have a lot of favorites. It took me a while to figure out what villains I like better. Now obviously, this is MY personal top 5. So if you don’t agree, then sound off in the comments. Oh, and I’m ranking them from five to one. With one being my favorite DC villain. That being said, allow me to share my five favorite baddies within the DC Universe.

The arch-nemesis to Aquaman, Black Manta is an underwater nightmare. Born David Hyde, this soon-to-be-deadly assassin of the high seas had a tough childhood from the get-go. After losing his father, being abducted and experimented on, the young man blamed Aquaman for not saving him and developed a cold outlook on life. As a result, he transformed himself into a brilliant tactician, leader, and mechanic. He also has super-strength, speed, agility, stamina, and durability. This notorious pirate, assassin, diver and mercenary uses his skills to give Aquaman and other heroes a hard time. Plus, his calm and ruthless demeanor made him noteworthy to join the Suicide Squad. Now that’s a badass!

Speaking of Suicide Squad, there is no way you talk about one of the most popular teams without mentioning this prominent member. Floyd Lawton, better known as Deadshot, is DC’s greatest and lethal marksman, as well as one of the most dangerous assassins alive. Known for “never missing”, and making impossible shots on his target. This sharpshooter is always happy to put a bullet in someone—for the right price. However, his profession makes him a complex character. He juggles his suicidal tendencies and giving away his earned money to his daughter Zoe, so she can have a better life than him. Assassin and a father; definitely complicated.

Leader of the League of Assassins, Immortal (kind of), Master Martial Artist and a Genius-Level Intellect rivaling that of Batman. There is no surprise his name literally means “The Demon’s Head” in Arabic. Ra’s Al Ghul is one of Batman’s toughest and most dangerous adversaries. Using the Lazarus Pit to restore his wounds and prolong his youth and longevity, at the cause of temporary insanity. Ra’s Al Ghul made it his mission to purge the evil of humanity by wiping out humanity in order to save it. By having the Lazarus Pit on his side, this international terrorist uses his wealth, skills and knowledge to give any opponent a hard time. Oh, and did I forget to mention that he wants Batman as his heir by marrying his daughter. Talia, who happens to be one of Batman’s notable lovers? I mean, if I was him, I would want Batman in my family, too.

If I want to think of someone who is an anti-Captain America. Then Slade Wilson, better known as Deathstroke, fits the bill. Joining the Army at the age of 16 by lying about his age. Slade became one of, if not the best soldier the Army had ever seen. Seeing as the perfect candidate for a super soldier serum (yes it’s one of those stories). The serum gave Slade superhuman strength, speed, stamina, durability, coordination, and precision. But the serum also gave Slade two notable abilities: a regenerative healing factor that heals all wounds, and increasing his brain capacity to 90%. Making him a master tactician with almost no equal. His mastery of martial arts, assassination, swordsmanship, superb tactics, and predicting his opponents movements not only made him a dangerous opponent. It also made him DC’s greatest assassin and mercenary. Oh, and he’s missing an eye, but he’s still badass!

Who else did you think it would be? If there is one DC villain that I love the most, it’s this guy. Here he is, the Clown Prince of Crime, the Jester of Genocide, the Harlequin of Hate, and an agent of chaos: The Joker. Does he even need an introduction? I mean, he’s the Joker. Widely regarded as DC’s greatest villain and definitely one of the most popular villains in fiction history. His complete sadistic love for death and destruction, complete lack of empathy, and he only exists to spread chaos makes him a fan favorite. For he represents the darkest emotions of humanity. He’s also one of comics’ biggest mysteries: no one knows his origin, not even the Joker himself. But if you were to fall in a pool of chemicals and toxic waste warping your appearance and mind, you would tend to forget who you are, too. But his nihilism and morbid acts made him Batman’s greatest enemy, and only exists for one thing: to give people a very bad day. 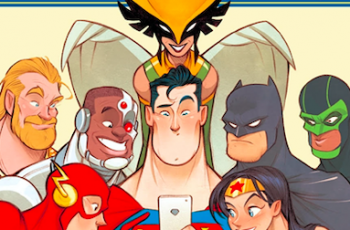 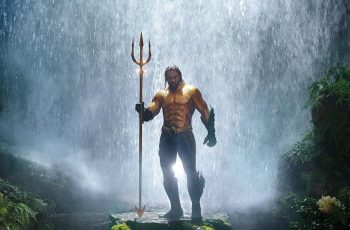 Aquaman is a gloriously ridiculous film which embraces the absurdity …