The last time and Chris Rock came up in conversation, everyone had pretty much the same response. . . “Oh yeah, whatever happened to him?” I mean, he’s been around. He’s appeared on screen here and there and Produced both a Documentary and The Rundown with Robin Thede for Amazon. However, before the Adam Sandler hosted episode of Saturday Night Live he was in, I don’t remember seeing him in anything since the trailer for Grown Ups 2. . . I chose not to watch the whole movie. Now, in a step that, to some, might feel he’s trying to copy Jordan Peele, he’s teamed up with James Wan to reboot Saw.

The film already has a release date set for October 23rd, 2020. Instead of being a complete reboot, it’s expected to build off the existing mythology. In the announcement, Rock stated “I’ve been a fan of Saw since the first film in 2004. I am excited by the opportunity to take this to a really intense and twisted new place.”

A Chris Rock Saw: Is it weird?

Is it really that weird for a person who’s mainly known for comedy to jump into a different genre? Creatives have always enjoyed dipping their toes into different types of projects. While Jordan Peele is the best-known example, there are tons of others. Danny McBride co-wrote Halloween, Jim Rash was the Dean on Community and also wrote The Descendants, Peter Jackson went from Dead Alive and The Frighteners to Lord of the Rings. While it might seem bizarre on the surface, it really isn’t that out of the ordinary.

While I haven’t been a fan of the Saw series in the past, Chris Rock’s involvement in the new film actually makes me interested in it now. His name being attached might not mean anything to Horror fans, but to the rest of the world, who like me said “Chris Rock is doing what?” It’s bound to bring in an audience just out of sheer curiosity. And who knows? Maybe it will actually be good film that reinvigorates the brand.

What do you guys think about Chris Rock taking on Saw? Is it a bold move or is he just trying to stay relevant? Let us know your thoughts in the comments. 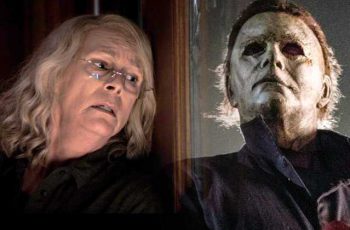 You really didn’t think he was dead did you? Michael …
Don’t Scream, But I Know We Have Two Reboots Coming …