Reddit has become the hotbed for Star Wars rumors when it comes to Star Wars: Episode IX. It seems more rumors hit its pages daily. Many of them come from those claiming to have “inside information” directly from the set. Whether these people purport to work in Lucasfilm production or as filming extras, they all stand behind the veracity of their reports. When you examine the rumors coming out of Reddit, however, you can’t help but question what’s true and what’s not.

Take, for example, recent claims by Reddit user Temirilblagg1. This person says they gathered their information “from various sources around the pinewood [sic] set.” Some of it is new information. Other bits, however, could easily have ben pieced together from rumors that other sites have been reporting for weeks or months (That Hashtag Show included). So what “news” has Reddit given us this time?

Among the rumors the Reddit user professes, as LRM tells us, is the notion that “Richard E. Grant plays a tyrannical First Order General.” Well, we already knew Grant’s interview involved an interrogation scene, so is Temirilblagg1 making any kind of leap here with this notion? Not really.

Likewise, the idea that “Hux is not involved in the latter of the film” also plays into prior rumors of Hux turning traitor on the First Order and getting captured. This statement, and other proclamations in the Reddit post, seems to just regurgitate prior rumor and speculation that we’ve all heard before. Therein lays the issue with internet rumor. It doesn’t take much to tweak previously stated conjecture to make it seem like your own.

Although, admittedly this Reddit post does seem to confirm rumors we’ve heard before, as well. For instance, the post notes that Poe will pilot the Falcon with Lando Calrissian’s daughter, Vera. That meshes with what we’ve previously heard about actress Naomi Ackie.

I am interested in one particular rumor of this post, however. Supposedly there is a “Duros character in the film who has prominence with the resistance [sic].” Fan speculation wonders if this is Shriv from the Battlefront II video game’s single-player campaign narrative. Frankly I liked the character, and wouldn’t mind this little nugget being true.

The lesson to take from all of this? Take Reddit rumors with a grain of salt. A lot of it can be found elsewhere on the Internet, often from more reliable sources. If you’re in it for purely enjoyment purposes, well, you’ve got plenty of material. Now, if we could just get Reddit users to use better grammar….

We all know what irritates Darth Vader: Sand. (Can’t blame … 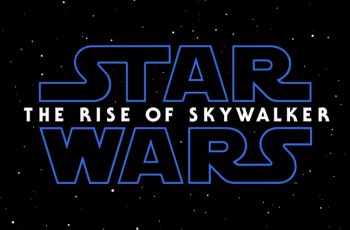 Star Wars: The Rise of Skywalker hits theaters later this …