Charlie Day, better known for playing Charlie Kelly in It’s Always Sunny in Philadelphia, will make his feature film debut with El Tonto. He also wrote, will produce, and star in the satiric Hollywood comedy. Day will play a deaf-mute who becomes a celebrity and ends up losing everything.

That Hashtag Show has learned Zac Efron is being sought as the co-lead, a character by the name of Chad Lutz. Lutz is described as a “cool” guy that ends up having multiple confrontations with charlie day’s character

El Tonto is expected to feature many funny roles and it’s no surprise that Zac’s name would come up. Efron is no stranger to comedies having recently appeared in the Neighbors‘ movies, Baywatch, and even in The Disaster Artist.

Efron’s schedule will heat up in the coming months but should allow him time to appear in Charlie Day’s feature film debut. Zac finished wrapping on Extremely Wicked, Shockingly Evil and Vile in which he plays 70’s serial killer Ted Bundy. The upcoming thriller will chronicle Bundy’s crimes from the perspective of his longtime girlfriend Elizabeth Kloepfer, portrayed by Lily Collins.

He’ll appear next in The Beach Bum alongside Matthew McConaughey and Isla Fisher.

Day is currently working on It’s Always Sunny in Philadelphia as an actor, a screenwriter and as an executive producer. The series returns for it’s 13th season.

Filming for El Tonto is expected to begin next month in Los Angeles. Armory Films‘ Christopher Lemole and Tim Zajaros and Metalwork Pictures Andrew Levitas have come on board as producers and financers of the film along with Wrigley Pictures’ John Rickard and Page Fifty-Four Pictures’ Alex Saks.

El Tonto is expected to premiere sometime next year. 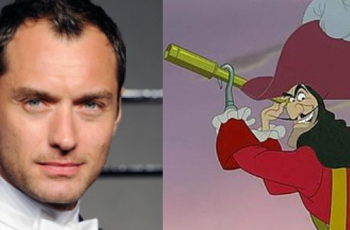 Disney’s live-action Peter Pan may have found its Captain Hook. … 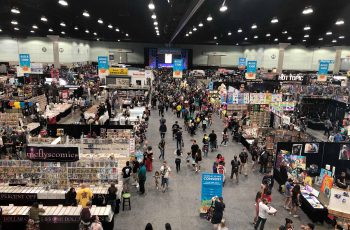 As you can see in the photo above, LA Comic …