Power Rangers and Star Wars are two of the most well-known fandoms. And they both have been around for quite some time now. But Power/Rangers creator Adi Shankar believes that the Power Rangers fandom is better.

During Power Morphicon, Shankar was at the con and had compared the franchise to Star Wars. And he does agree that Star Wars doesn’t hold a candle to Power Rangers.

“I literally think Star Wars is not as cool as Power Rangers. Power Rangers is not about good versus evil. It’s not and never has been. It’s the lens through which the stories are told to us, through the lens, the narrative lens, but really it’s about shades of gray, and it’s always been about shades of gray, and it’s about people working together to overcome those shades of gray, through a single point of view. That’s why the Power Rangers are super powerful. Star Wars is about good versus evil. I don’t know what the empire did wrong. I still have no idea. I still don’t know, they got up and they dress the same and then they (the rebels) kill them because they dress the same, like, I don’t understand it. Yeah, they blew up a planet, but that’s a cheap reason to want to hate someone. The point is Power Rangers is way doper than Star Wars.”

He then went and talked to ComicBook.com, and he elaborated on his point, and he had also brought up the fact of why the Empire is so bad.

“Dude, I think Star Wars is f****** horrible. I think Star Wars is a terrible franchise. It has terrible values. What are you teaching people with Star Wars, right? ‘Oh yeah, we’re the rebels and we’re just gonna blow up people who dress the same?’ Like it’s good versus evil? It’s terrible because there’s really very little evil out there. The evil is taught to us through a narrative, but the evil has a point of view, the evil has a perspective., and if you don’t get to know the perspective of the evil then how do you know you’re not evil?”

But regardless, I feel that eventually, Star Wars will get into the villain’s stories.

We all know there are more Star Wars movies to … 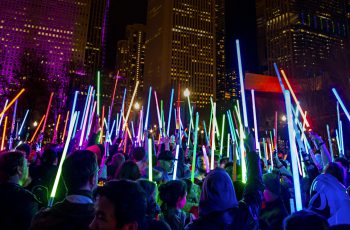