Rian Johnson has at least one high-profile defender: Logan director James Mangold. And, quite honestly, Mangold isn’t wrong in this case.

Weighing in on the controversy surrounding what’s been coined as “toxic fandom”, Mangold recently tweeted about the possible effects of such fervent fan backlash against the Star Wars franchise:

At the point when work writing & directing big franchises has become the emotionally loaded equivalent of writing a new chapter of The Bible (w/ the probable danger of being stoned & called a blasphemer), then a lot of bolder minds r gonna leave these films 2 hacks & corp boards.

There’s no question that Johnson’s eighth Star Wars installment was controversial, with complaints (some, admittedly, from yours truly) ranging from scientific inaccuracy, to poor writing, to gross mistreatment of the franchise juggernaut that is Luke Skywalker. But there’s a fine line between criticism and abuse. And therein is the problem: there shouldn’t be a fine line.  There should be a chasm between criticism and abuse a mile wide. Point out how the space chase doesn’t follow the laws of physics. Discuss how some dialogue seemed forced or contrite. Debate whether or not Luke would have acted in one manner or another. But death threats? Cyberbullying? Forcing two of the franchise’s female leads to abandon social media?

Mangold has a point.

Still trying to be the voice of reason, Mangold tweeted again, reminding us that “we must remember to try and handle our disappointments the way Yoda might, as opposed to Darth”, and then offered this sage advice when it comes examining the Star Wars saga, or the canon and continuity of cinematic universes, generally:

Discussions of 'canon'd be more fruitful if A) Folks didn't assume anyone who disagrees is evil/incompetent. B) There was recognition that rules of dramatic narrative demand something happened to characters since you saw them last, that is, they can't be in same place u left them

When Mangold speaks on the topic, perhaps we should listen. This is, after all, the man who not only brought us Cop Land, Girl, Interrupted, Walk the Line, The Wolverine and Logan, but who is also tapped to direct the Boba Fett anthology film. Of course, that assumes he isn’t driven away from the project much the same way the divisive fandom caused Christopher McQuarrie to recently declare “I would have loved to make a Star Wars film someday. I’m cured.”

Incidentally, McQuarrie was one of the first to respond to Mangold’s first tweet above, stating simply in reply, “Amen”.

I think Mangold and McQuarrie are on to something. 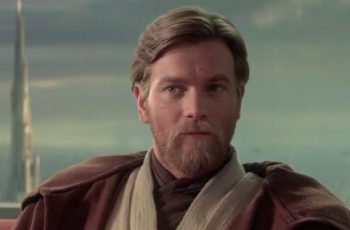 Breaking news in the world of Star Wars: Ewan McGregor …