It seems when it comes to Star Wars, we have a bit of life imitating art…. allegedly.

TMZ is reporting that Donald Glover’s record label, Glassnote Entertainment Group, has filed suit against Glover claiming that the artist has withheld over $700,000 in streaming royalties from the label.

Glover, as many know, is a multi-talented artist with a mastery of multiple genres. The dispute arises as a result of his musical career as singer/songwriter/rapper Childish Gambino, and his relationship with Glassnote from 2011-2017.

Variety reports that the record label is seeking a declaratory judgment in US District Court, claiming that it is entitled to half of the royalties Glover received for airplay over streaming media such as Pandora, Spotify, and other satellite/Internet-based services. Such fees would typically be paid to the label and then disbursed to the artist. In this case, Glover has received the disputed royalties directly and has reportedly refused to pay any portion thereof to Glassnote.

Particularly irksome from the record label is the fact that, pursuant to the now-expired agreement with the artist, it has already paid Glover over $8 million and remains obligated to pay out another $2 million before all is said and done.

Performing under the stage name of “Childish Gambino”, Glover and Glassnote collaborated on a number of mixtapes and three albums, including the critically-acclaimed and Grammy-winning “Awaken, My Love!”, which featured the massively popular song “Redbone” among others.

Glover, of course, was cast as the younger iteration of Billy Dee Williams’s Han Solo compatriot Lando Calrissian in Solo: A Star Wars Story, released earlier this year. His smooth performance in the role garnered much praise, some critics calling him the highlight of the film.

As Lando declares in the film, “there’s no liars in this game, just players.” It remains to be seen how this real-life, high stakes game will play out. 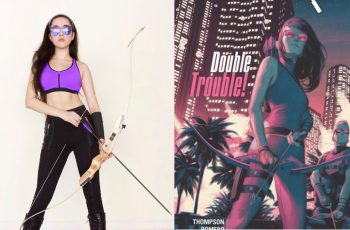 The already announced Disney+ series, Hawkeye, will feature the comic … 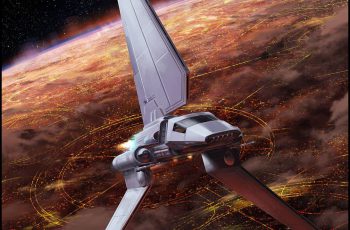 In Part IV, we rejoin the surviving Imperials aboard the …