The Mandalorian‘s third episode, “The Sin”, tops everything that the show has done previously. Without delving into spoilers for the show (really stretching my writing abilities here), we’ll go over the majesty and awe of this third episode. Boy, oh boy, was it a doozy. If you missed my review of the first episode (that’s also spoiler free), check it out here.

Why Is “The Sin” The Best Episode So Far?

“The Sin” is directed by Deborah Chow and written by Jon Favreau. This episode, without spoiling anything shows just how different our Mandalorian is from the other examples we’ve had through the Star Wars universe. To be complete, our other examples outside of this series are two “fakers” in Jango and Boba Fett. I say fake, because they aren’t true Mandalorians. This episode shows exactly what a true Mandalorian is, mentally, physically, and socially.

I thought it would be impossible for Pedro Pascal to be able to fully articulate a character without showing their face. With a rigid Mandalorian helmet on, that doubles down on the difficulty. This episode shows just how one can go through a range of emotions in a short amount of time: sadness, anger, rage, vengeance, melancholy, and bravado. Some might not think that Pascal’s performance is that good, they very clearly haven’t seen this episode yet.

Returning to this episode are all the friendly bounty hunters and clients from our first episode. Carl Weathers, Werner Herzog, and Omid Abtahi. What these characters do when they’re reintroduced is up to you to see, but it’s something that you might not expect out of them. Weathers gives the second best performance of the episode with his wheeling and dealing.

The True Mandalorians of “The Sin”

What “The Sin” does the best is it finally gives Star Wars fans a view into the Mandalorian culture. This episode in particular gives us a bit more of the backstory of our main “Mando”. It’s an exciting prospect to finally hear and see about what goes into this tribe of people. Boba Fett may have the armor in the original trilogy and the belly of the Sarlacc, but these are the true warriors.

All of the emotion of this episode builds and builds through great editing and pacing by the team behind the scenes. This builds to a crescendo at the end of the episode that will leave your jaw dropped. In full wild west fashion, The Mandalorian raises the stakes, and your expectations in a healthy way. It leaves on a place that will make everyone wonder how it goes from here.

I for one cannot wait for next week to show us what they’re going to do with the new favorite bounty hunter in the Galaxy. This episode breaks the scale and gets an 11/10. It’s that goddamn good.

Quick Aside on Disney+’s Release Schedule

A lot of people are used to the “release and dump” scheduling that Netflix set when they started original content. I think for a show like The Mandalorian, the effect of it would be ruined with a schedule like that. So I commend Disney for not caving in to people who want to binge watch the whole show. This scheduling lends itself well (not only to a website and writer like this), to fans creating their own theories about what happens next. It’ll do a great job for creating the next crop of Star Wars writers and creatives.

Jon Favreau has given us Star Wars fans something to talk … 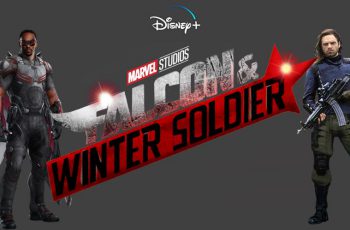