The Hollywood Reporter is reporting that Disney+’s She-Hulk and Moon Knight series have head writers. As for She-Hulk, Jessica Gao will be the head writer. She is most known for her episode of the show Rick and Morty, “Pickle Rick”. She won an Emmy for that episode in addition to her other work on Robot Chicken, Star Wars: Detours, and Silicon Valley.

She’ll be heading the writing staff while also developing the other writers for the show. She-Hulk was the last character to be co-created by Stan Lee. Jennifer Walters, a cousin of Bruce Banner who gets an emergency blood transfusion that gives her lesser powers than that of the Hulk. She can still maintain a human temper and demeanor. She’s a lawyer for superheroes also. Her most famous client is Peter Parker. Gao’s writing credits might leave clues for the tone of the show, which are mainly comedies.

Moon-Knight Doesn’t Get Left Out

As for Moon Knight, he’s a much lesser known Marvel character. With a wide array of backstories and origins, it’ll be difficult to adapt this one to the silver/streaming screen. Jeremy Slater has been picked as the head writer for this show. Marc Spector is Moon Knight, who is similar to Batman, but has a much more cosmic backstory. The character has many different alter-egos and personas.

Spector’s credits include, Netflix’s Death Note, the bad Fantastic Four reboot, and a TV version of The Exorcist. These don’t lead us down a very tone-centric path, but we’ll see when we get more details about the show and its titular character.

What do you think about this news? Are you excited to see She-Hulk and Moon Knight on Disney+? Let us know in the comments or on Facebook.

For more on Marvel, Disney+, Comics, or any other pop culture, make sure to check back to That Hashtag Show.

All images courtesy of Marvel.

It finally came today and boy was it great. Marvel … 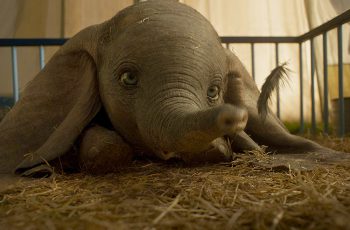