We’re now exactly a week away from the debut of both Disney+ and the first-ever, live-action Star Wars series, The Mandalorian. As if being this close yet still so far away wasn’t enough of a tease, Lucasfilm just released a new teaser trailer for the show. In it we get to see Marvel’s Agents of S.H.I.E.L.D. star Ming-Na Wen in The Mandalorian for the first time.

Ming-Na Wen is of course best known for portraying agent Melinda May on the show that will come to an end with Season 7 next year. Based on what we’ve learned in her interview with Vanity Fair, the actress doesn’t appear to be playing too far off type. In The Mandalorian she will play the assassin Fennec Shand. Her character will encounter Pedro Pascal’s Mandalorian sometime in the middle of the season.

New Footage of Ming-Na Wen in The Mandalorian

Unfortunately the folks over at Vanity Fair are being a little selfish. Thus, the only place you can view the new Mandalorian trailer featuring Ming-Na Wen (for now) is via the VF link above. In the interview, Wen talks about her character’s creative origins:

We got our inspiration really from the name. The idea of a fennec fox came to mind. She’s tricky, and yet she’s able to maneuver and survive, and be stealthy—so very graceful and agile. I just love that whole image with the name.”

As you can see in the show’s second trailer above, Jon Favreau has set The Mandalorian up as a spaghetti western in space. Consequently, the story takes us through the lawless Outer Rim a few years after the Empire’s fall. As with most of the characters we’ll see, Fennec Shand’s loyalties won’t be readily identifiable. Ming-Na Wen remained coy when asked about her character’s tendencies:

Thinking that she’s a mercenary, it can go either way. I think it remains to be seen …. She is definitely someone who’s loyal to herself.”

Wen also let us in on a little secret; master Star Wars storyteller Dave Filoni directed the episode in which she’ll appear. “He was so open to talking about things, and working out the logic of each scene. That’s what I love,” she said of Filoni.

The Mandalorian premiers a week from today; look for Ming-Na Wen to appear in the series about midway through Season 1.

Author Timothy Zahn will be the first to tell you: … 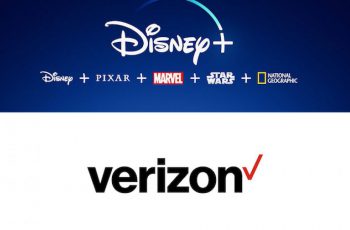 Disney+ is launching in a little over 2 weeks from …