The WiiU? You mean that failed console from Nintendo that was barely more powerful than an Xbox 360? Yes, I mean that console. It was a miserable failure by Nintendo’s standards. Sitting in between the hugely popular Wii and the newly minted kid on the block in the Switch, it got forgotten. Until now. The console has a small library of 164 physical releases in the US. This means two things: that the console doesn’t require that much work to get a full North American set, and the higher end games will be more expensive. With a console like the original Xbox, it has a library of around 900 games. This means that the average game is going to be much cheaper. Looking at other consoles like the Nintendo 64 and the GameCube, those have higher average prices because the rarer games are more in demand.

The WiiU looks to have a similar trajectory to those consoles. After all, no matter what, it’s a Nintendo console. Those are always going to be in demand for video game collectors. Looking at the library for the WiiU, a lot of the bigger name games are already on the Switch. Around 20% to be exact. So sure, you can enjoy a good chunk of the library on the go with slightly better graphics. But you’ll be doing so paying a full price on those games. Why not just get the WiiU version. You’ll pay half or more on the game and get the same experience.

The WiiU Investment of a Video Game Lifetime

So you’re sitting there thinking, “yeah, so the games might be cheaper, but who cares about this console from a financial standpoint”. Even if Nintendo decides to erase the memory of the WiiU and port over 50% of the library to the Switch, that’s an investing opportunity in the other games. They can’t move everything over to a new console. Some of the first party (Nintendo published, or companies owned by Nintendo) games won’t make the jump. Looking at Nintendo 64 and GameCube prices as a reference, the WiiU has sold drastically less consoles than those two. It’s around 22 million for GameCube and 31 million for the Nintendo 64. The WiiU has sold around 12 million units. That’s insane numbers for a readily available console.

So in reality comparing the WiiU to the N64 and GameCube isn’t fair. It’s not Virtual Boy levels of poor sales (around 700,000 units in North America), but that’s a bubble waiting to pop on game prices. Not just looking at the games as dollar signs, there are some quality titles on the WiiU. Games like Legend of Zelda: Wind Waker HD, Breath of the Wild, Bayonetta 2, and many more are great games that you should play. The WiiU online service and Virtual Console is still operational as well. So that’s tons of other games and retro games that you can download for this console.

All in all, the WiiU is a forgotten system that you should remember. If you’re in a fervor about the Nintendo Switch, take some time to remember it’s little brother. You might be able to get in on the collector’s market before anyone else.

For more on the WiiU, retro gaming, video games, or pop culture in general, check back to That Hashtag Show.

This year at E3, Nintendo had a lot of game … 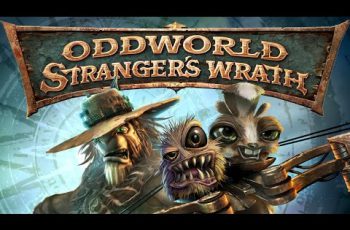 We’re knee deep in the muck of November. That means …