Author Rick Riordon created one of the most popular young adult books series ever with his updated take on Greek mythology. We’re of course talking about the now dozen-and-a-half-plus Percy Jackson books. The series follows a group of demi-gods (half-bloods) who go to camp to learn about and cope with their supernatural powers. Each camper, including Percy, is the son or daughter of a Greek god. Together with love interest Annabeth and best friend Grover, Percy must face all kinds of evils to, of course, save the world. First, the half-blood crew moved from page to screen. Now they make the leap to the stage with The Lightning Thief: The Percy Jackson Musical.

Leaning heavily on Riordon’s wit and humor, The Lightning Thief relies on the descriptive and imaginative nature of the Percy Jackson storytelling. In this case, rightfully so: the theatrical production must similarly rely on the audience’s imagination to tell its story.

At New York Comic-Con yesterday a panel of the cast and creative team talked about bringing Percy and friends to the stage. Show director Stephen Bracket first explained how what started as a one-hour travelling production became a Broadway smash. Because of the physical limitations of a stage production, the show must trust in the audience to imagine much of the mythology at the center of The Lightning Thief.

Actor Chris McCarrell joked about his impressions of the show’s first days. Of the show’s minimalist stage portrayal, he quipped “this is either going to work…. Or it’s NOT.”  Well, it worked fantastically as fans are flocking to see The Lightning Thief on Broadway.

Show writer Joe Tracz relished the challenge of “squeezing eight chapters of a quest into a four-minute musical montage.” Reviews suggest he succeed in his goal of making the characters “as [multi] dimensional as possible.”

You can catch The Lightning Thief on Broadway at the Longacre Theater in New York. Get your tickets soon, though. The show’s limited run ends January 5, 2020.

Stay tuned to That Hashtag Show through the weekend for all your NYCC 2019 news!

[Editor’s Note: Thank you to Hasthtagger Ben Wolf for his contributions to this article.] 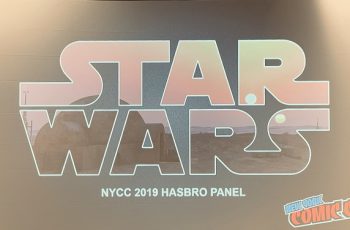 As is typical for New York Comic-Con, one of the … 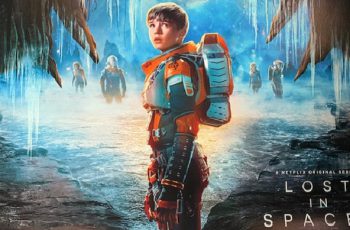 Who wants to spend Christmas with the Robinsons? Well, if …