Sometimes with Power Rangers, you end up on the show you are supposed to be on and it can be a blessing in disguise. The story is really no different for the Beast Morpher’s villain, Roxy, played by the wonderful Liana Ramirez.

THS: Was this (Beast Morphers) the first time you audtioned for Power Rangers?

Liana Ramirez: Actually, I auditioned for the previous season but I was kinda too young at the time.

Liana Ramirez: Uh huh. And kinda looking at the other cast, the previous cast, they kinda cast a little bit older and this cast, they casted younger to have the teen vibe and that’s kinda where we all fit in.

For the full interview check out The Ranger Wrap-Up on our YouTube channel. It worked out in Liana’s favor not getting cast in ‘Power Rangers Ninja Steel‘ seeing as her role as is perfect for her. We’re all curious to see where the pheomenal season of Power Rangers is going and along with Roxy’s character. 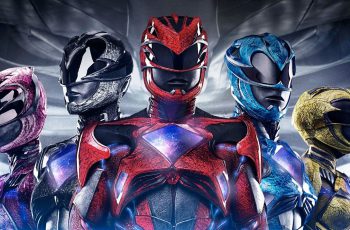 2017 saw the release of the Lionsgate Power Rangers movie. …

New York Comic-Con has certainly kicked off in style. From …